Municipalities and communities around the world are at the frontline of humanity’s battle against climate change. For them more than anyone else, the negative impact of climate change on human rights is not something to be discussed or anticipated, but rather a grim everyday reality. This online event, organised by the European Union Delegation to the United Nations in Geneva and the Permanent Mission of the Marshall Islands, together with the Office of the High Commissioner for Human Rights, brought together high level speakers working at national and international level, with mayors and local leaders of vulnerable and affected communities around the world who highlighted local experiences and practices. 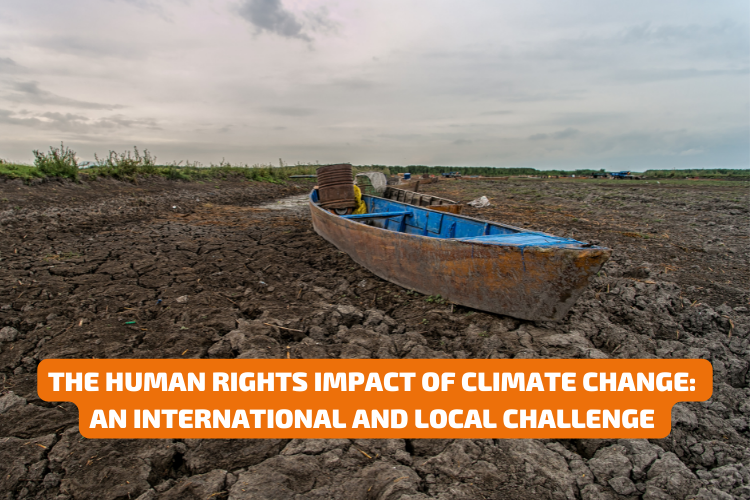 High Commissioner Michelle Bachelet opened the forum and highlighted the need to approach climate change from a human rights perspective, that is to say, to put people and communities at the heart of all climate action and to ensure that they participate in policy making. “Our world is in a climate emergency”, she declared, stressing that climate change threats all lives in the planet and that “we are in a race against time”.

“While the situation in Ukraine will continue to be our primary focus over the course of the next few weeks and months, the climate crisis has not gone away" said Eamon Gilmore, EU Special Representative for Human Rights, pointing to the interdependence between the protection of human rights and the fight against climate change. “Climate change and environmental degradation has and will continue to have an adverse impact on the full and effective enjoyment of human rights, such as the right to life, the right to health, the right to safe drinking water and sanitation, the right to food, to adequate housing and standard of living. Those living in the most vulnerable situations will be hardest hit. The European Union recognises this, and has made climate change a central element in its policies both internally and externally.”  EUSR Gilmore praised the panellists for putting a human face on the impacts of climate change. “Cities and local communities are not just partners, but pioneers, making the difference on the ground and inspiring us to do more”.

Marshall Islands Climate Envoy, Tina Stege, highlighted in particular how each country and each community will be impacted differently by the climate crisis, and will have access to different tools for adaptation, and stressed the need to put equity at the core of the international response. Reflecting on the experience of her family and her country she said that the climate crisis felt very close and very personal to her but –she added- “it should be personal for all of us”.

Chris Constantin, Former Assistant City Manager of the locality of Chico (USA), connected the drought and frequent fires taking place in the American city to the subsequent implications for farming agriculture and feeding the residents of the community. On his part, Anare Leweniqila, Deputy Permanent Representative of Fiji in Geneva shared the lessons learned from the three successful relocation projects that his country has developed and stressed the importance of respecting cultural and traditional sensitivities in the achievement of this success. Johnson Cerda, Senior Director of DGM GEA at Conservation International, referred to experiences of indigenous communities in the Ecuadorian Amazon and how flooding disrupts their right to food, water, housing and education, among others.

“The 48th session of the Human Rights Council took some important steps in this regard, through the establishment of a UN Special Rapporteur on Climate Change and Human Rights, and through the adoption of a landmark resolution on the right to a clean, healthy and sustainable environment,” said EUSR Gilmore. “Through the efforts of this Council, the interdependence between the protection of human rights and the fight against climate change is becoming ever more widely recognised. For example, just last month, EU Ministers of Foreign Affairs unanimously agreed a set of Council Conclusions on Climate Diplomacy, which placed unprecedented emphasis on the interrelationship between climate change and the realisation of human rights. However, it is important that we now move forward, and concretely follow through on the commitments that we have made.”

In February 2022, EU Ministers of Foreign Affairs unanimously agreed a set of Council Conclusions on Climate Diplomacy, which placed unprecedented emphasis on the interrelationship between climate change and the realisation of human rights.

The European Green Deal, adopted in 2019, sets out a roadmap for a climate neutral continent by 2050. It identifies biodiversity conservation as an essential objective for sustainable development at the European and at the global level, and aims to protect the health and wellbeing of people from environmental related risks and impacts.

The EU Action Plan on Human Rights and Democracy 2020 - 2024, firmly establishes the EU’s commitment to supporting measures to address the high risks of environmental degradation, biodiversity loss and water scarcity on the exercise of human rights.

The EU has been supporting cities and local communities in their climate action for many years, predominantly through the dispersal of EU funds.

In 2008, the created the EU Covenant of Mayors, which has been a reference point for local energy and climate action ever since. It became a truly global initiative in 2016 when Bloomberg Philanthropies joined us to form what is today the Global Covenant of Mayors. The Global Covenant is the world’s largest collective of cities and local communities committed to acting on climate change. It has been developed by cities, for cities, and provides a common framework for mayors to work on climate change. It brings countless benefits to our local communities, improving air and water quality and making the city a better place to live for our citizens.