Promoting respect for International Humanitarian Law (IHL) is a core EU objective, as stated in the EU Global Strategy and as reaffirmed, among others, by the Council conclusions on humanitarian assistance and international humanitarian law of 25 November 2019. It engages the responsibilities of different EU institutions and bodies – the Council, the High Representative, supported by the EEAS and EU Special Representative for Human Rights, the European Commission as well as Member States. It involves the exercise of EU’s powers across different policy areas, notably CFSP, including CSDP, development cooperation and humanitarian aid. 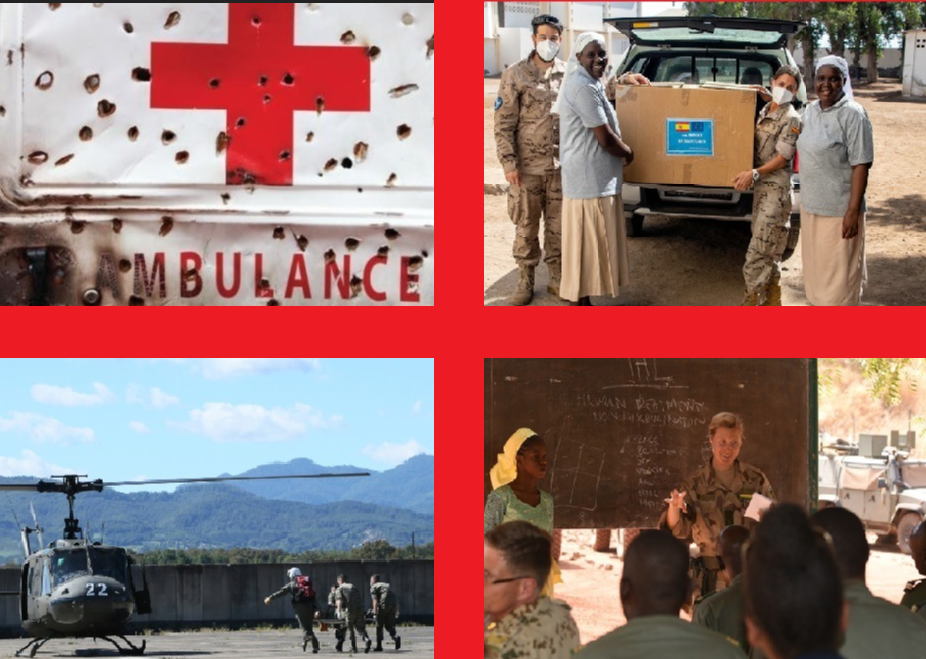 The newly adopted Communication on ‘EU’s humanitarian action: new challenges, same principles’ underlines EU’s championing role for the respect for IHL,  consistently putting  the  promotion  and  application  of  IHL  at  the  heart  of  its  external  action.

International humanitarian law (IHL) is a set of internationally agreed and universally recognised rules to limit the effects of armed conflict and to protect civilians and others not taking a direct part in hostilities. It lays out the responsibilities of states and non-state armed groups during an armed conflict. Respect for IHL is an important objective in itself; it is also a precondition for effective humanitarian aid and can avoid the need for such aid in the first place or at least limit the need for it.

Why is this important?

Today, violations of these rules are a recurrent phenomenon. Civilians, including humanitarian or health care workers, are too often deliberately targeted by belligerents. Buildings belonging to relief organisations are attacked, vehicles and convoys hijacked, and its personnel murdered or kidnapped. Violence against these workers affects civilians and prevents millions of people from receiving life-saving assistance and protection.

While the EU is not a party to the Geneva Conventions (only States are), the EU is the only regional organisation that has adopted Guidelines on promoting compliance with International Humanitarian Law (in 2005 & updated in 2009). These Guidelines list the means at the EU's disposal to support compliance with IHL. Since 2018, an annual public report is published on the implementation of these guidelines. This report includes a dedicated chapter on EU crisis management in the framework of CSDP.

Mutually  beneficial  interaction between  DG  ECHO  and  the  EU  military allowed,  inter  alia,  for  the  systematic  inclusion  of  modules on IHL as part of the training delivered by the EU Training Missions  to  local  forces  in  Mali,  Somalia  and  CAR; as well as refugee law and non-refoulement to EUNAVFOR MED's training courses for the Libyan navy and coastguard.

Currently, all three CSDP non-executive military missions include IHL as part of their mandate, are guided by and actively promote compliance with IHL. The IHL training modules offered by the EU Training Missions in Mali, CAR and Somalia to the national armed forces showcase in a very pragmatic way the importance and relevance of EU’s integrated approach in action. Keeping IHL high on the agenda and conveying it early on (including during CSDP planning), as well as to higher political and military strategic levels, and in particular of the national authorities concerned, is key. Similarly, ensuring the integration of IHL at the operational and tactical levels of EU partners’ planning is vital for the EU, building on the close coordination and support of our international partners in theatre, as for example the ICRC.

The partnership between DG ECHO and the EU Military Staff in advancing the civ-mil dialogue around IHL is well founded. The ‘EU Concept on Effective CIVMIL Coordination in Support of Humanitarian Assistance and Disaster Relief’, approved by the EU Military Committee, following very close and intense  coordination among our staff clearly identifies the relevance and importance of IHL for CSDP missions. The need to systematically interact and capture IHL-related best practices and lessons learnt from CSDP missions at EU level was highlighted in events the EU jointly organised, including with the active participation of the ICRC, in the past. The EU also provides support for the training of EU military, security forces  and  diplomatic  personnel. One of the latest examples in building EU internal capacity on IHL among civilian and security / military experts is the joint EU – ICRC training on IHL to EEAS crisis management structures of 29th March, which was tailored to the needs of CSDP, and brought together humanitarian and military experts from HQ and relevant operational theatres.

The ICRC is a strategic humanitarian partner of the EU. In many difficult contexts, it is often among the few international actors present on the ground. Given its unique access and modus operandi, the ICRC plays a crucial role in providing humanitarian assistance and protection to those in need in times of armed conflict and other situations of violence, in accordance with the humanitarian principles of neutrality, independence and impartiality. The European Commission –notably through humanitarian funds- is one of ICRC's major donors, with a total contribution of EUR 110 million in 2020. Due to its special status conferred by the Geneva Conventions of 1949 the ICRC has been a long-time  key partner of the EU on IHL, including in terms of carrying out EU-funded projects to disseminate IHL to armed state and non-state actors.