The MPCC EUTMs Commanders Conference took place on the 21 and 22 Nov 2022. This conference is an annual event organized by the MPCC at the military strategic level and was chaired by the MPCC Director Vice Admiral Hervé Bléjean. 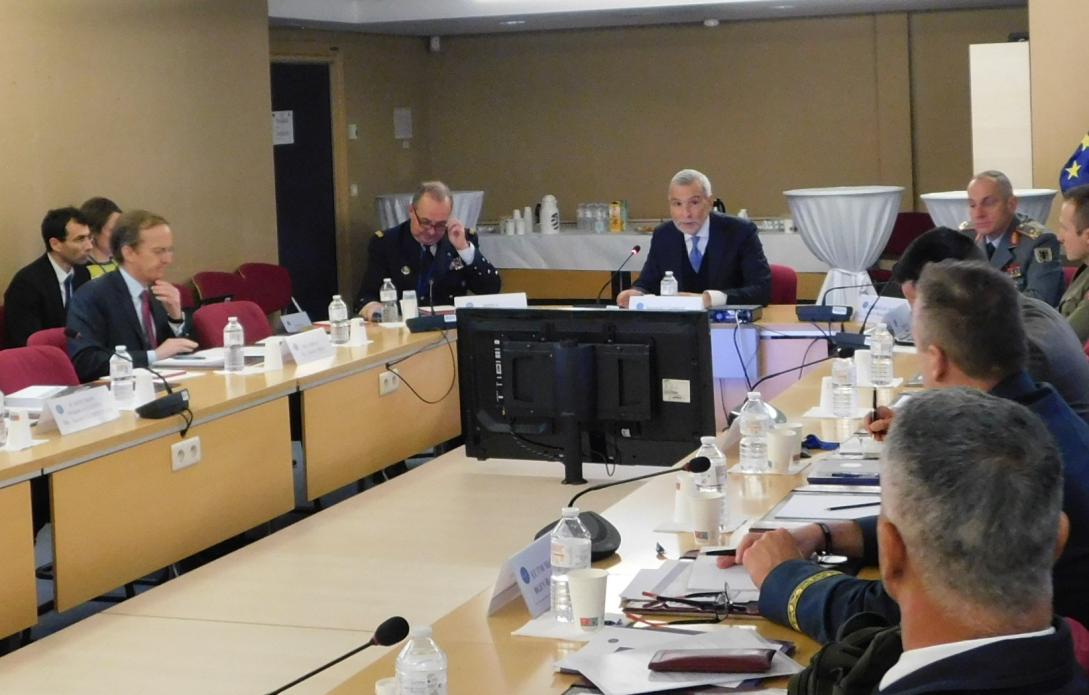 The MPCC Deputy Director and Chief of Staff, Major General Werner Albl, presented the current work strands concerning the MPCC development roadmap to meet the EU Strategic Compass requirements. During the conference the four Missions Force Commanders of EUTMs in Somalia, Mali, RCA and Mozambique, and the two EUMAM Ukraine Force Commanders of CAT-C and ST-C, had the opportunity to interact with the Director MPCC, the Deputy Director and Chief of Staff MPCC and multiple civilian and multiple leaders of the EU institutions.

The EEAS Secretary General Mr Stefano Sannino, the Chairman of the EUMC, General Robert BRIEGER, , the EEAS Deputy Secretary General for CSDP and Crisis Response, Mr Charles FRIES, participated as speakers, addressed their appreciation to the Missions’ Force Commanders’ efforts and achievements according to their missions’ mandates. They also gave their unique perspectives on the EU CSDP non-executive Missions and the challenges the EU is facing in the geopolitical and security environment. Additional guests, including the Managing Director AFRICA, Mrs Rita LARANSINHA, the EPF Administrator, Mr Uwe HARMS, the CPCC Director, Mr Stefano TOMAT, the ISP acting Director, Mr Brice DE SCHIETERE, and the ICRC representative, Mr Xavier GODEFROID attended the conference. They had the opportunity to provide their views on the different Missions’ Areas of Operation and highlighted the crucial role of the EUTMs and EUMAM Ukraine. The credibility of the EU, its cooperation with all the relevant third party actors, the crucial role of the EPF, the synergies of deployed civilian and military missionsl and the positive vision of the local population were also highlighted as important elements for the success of the four EU training missions and EUMAM Ukraine.

The MPCC Commanders’ Conference not only promotes the MPCC effort in planning and conducting the four non-executive military training missions in Mali, Somalia, RCA and Mozambique and the newly (15 Nov 2022) launched assistance mission for Ukraine (EUMAM Ukraine), but it depicts the efficiency of the missions in delivering their non – executive mandates as well. All the non-executive missions have proven their credibility to the host Nations and the international partners in all the respective Mission Areas.

The MPCC continues to make progress towards meeting the Strategic Compass requirements as the military strategic level Command and Control structure and to function as the Operational Headquarter (OHQ) for the EU Battle Groups (EU BGs) and the EU Rapid Deployment Capability (RDC), by 2025. This will be preceded by preparations, exercises and training in 2023 and 2024, including live exercises involving the MPCC as the Operational HQ.