The Nile and beyond: geopolitics of water

Water is life. We can survive several days without eating but not without drinking. Water is also the basic ingredient, essential to the production of all kind of food, whether vegetable or animal. This is why the issue of access to fresh water has always been central for humans, and has therefore always been a source of many conflicts. Inherently linked to climate change, economic development and population growth, however, these conflicts are today taking on an increasingly worrying dimension: access to water is becoming one of the main geopolitical issues of our century. 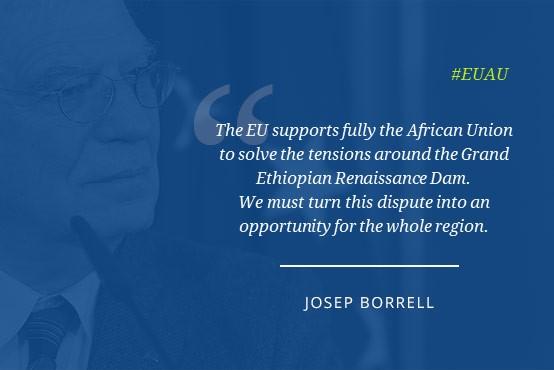 The situation along the Nile is worrying

Today, the situation along the Nile is particularly worrying. The immediate issue is the construction and filling of the Grand Ethiopian Renaissance Dam (GERD). With an installed capacity of 6.45 Gigawatts, it will be the largest dam in Africa and the seventh largest in the world. The challenge is to ensure the economic development of over 250 million people who inhabit the Blue Nile Basin. Work is currently being completed and the filling of the reservoir is expected to start shortly.

While the filling takes place, the flow of the river will be reduced downstream as the dam will retain part of it. Only once the dam is totally filled may the river flow be restored. However, in periods of drought, the needs of downstream countries will still have to be balanced against the need of water retention for the operation of the dam. But they also need to be set against potential opportunities arising from the dam’s construction, not only for Ethiopia, but also for its neighbours, in terms of regulated water flow, agricultural production and abundant electricity, which can be sold and transmitted regionally.

After ten years it is highly time to resolve the GERD matter: the Horn of Africa already faces too many other challenges.

All these vital issues must be addressed in a negotiated way with the downstream countries, Sudan and Egypt. Negotiations on those issues started in 2011 but are actually stalled. After ten years it is time to resolve this matter: the Horn of Africa already faces too many other challenges.

The EU became engaged several weeks ago because the concerned countries - Egypt, Sudan and Ethiopia - are all of strategic importance for us. We have been in frequent contact with all parties. From what we hear, a solution is possible although years of mistrust cannot be dismissed overnight. With technical imagination, political boldness and support from the international community, this dispute could be turned into an opportunity for so many people.

As current chair of the African Union President Cyril Ramaphosa of South Africa has taken the lead to accelerate efforts to find a solution both for the short term issue of the filling of the GERD and for a longer term solution to this matter. In a few days, he will host a summit of the concerned leaders and I am very pleased that the European Union has been asked to serve as an observer to these talks. We have expressed our strong support to the action of the AU President and the leaders of Egypt, Sudan and Ethiopia owe it to him to deliver an African solution to that issue.

The filling period of the dam must and can be addressed to everyone’s satisfaction. The operations  after the filling need further discussions to reach a water sharing arrangements, as occurs in all river basin. The spirit of cooperation among all, as required under international law, should prevail. I am ready to coordinate with my colleagues in the international community to mobilise financial supports if the region can offer a predictable and agreed path forward on the management of the river.

The Nile case is far from being isolated

Unfortunately, the example of the Nile is far from isolated. Although 71 per cent of the planet is covered by seas and oceans, their water is salty. Freshwater, which is the only water suitable for human consumption and agriculture, is in fact already a scarce commodity. Sea water can also be desalinated, and more and more countries are making use of it, but this remains an expensive solution in terms of investment and energy.

According to the United Nations, freshwater withdrawals from lakes, rivers or groundwater for agriculture, industry or household consumption have doubled since the 1960s. Moreover, according to the World Resources Institute, 17 countries, including, Iran, India and Pakistan, home to a quarter of the world's population, are already in a situation of extreme "water stress", with more than 80% of their freshwater resources withdrawn for human, agricultural or industrial consumption. In 2019, Chennai, India's sixth-largest city, ran out of water for weeks, while in 2018, people in Cape Town, South Africa, narrowly avoided the same fate. The crisis is not sparing countries like the United States, where some states, such as New Mexico, are also under extreme water stress. In 2017, Rome had rationed water to preserve its resources. And I come from a country, Spain, where water management has also long been critical: in 2008, the city of Barcelona was forced to import drinking water from France to meet the needs of its population.

The water situation is expected to deteriorate further in the future because of climate change, economic development and continued population growth.

According to the United Nations, this situation is expected to deteriorate further in the future in many parts of the world because of climate change, economic development and continued population growth. This issue is already leading not only to difficult internal situations in many countries, including inside Europe, but also to international conflicts such as the one currently affecting the countries bordering the Nile. Water is at the root of many conflicts

The question of control over water resources is thus at the heart of the Israeli-Palestinian conflict in the occupied territories. The management of the waters of the Tigris and Euphrates rivers is also a source of difficulties between Turkey, Syria and Iraq, particularly following the construction by Turkey of a giant dam, the Güneydoğu Anadolu Projesi (GAP), the Southeastern Anatolia Project. In Asia, the management of the Mekong River is also a major source of tensions between China and its Southeast Asian neighbours, Laos and Cambodia.

There is unfortunately every reason to fear that this type of conflict will multiply in the future. As can be seen from the map above, Europe and its neighbourhood are very directly concerned by the water scarcity issue and the geopolitical tensions it can generate.

The EU has already actively promoted water resource management over the last decade, disbursing more than EUR 2.5 billion in 62 countries and providing access to clean water to more than 70 million people and sanitation to over 24 million. It has also promoted the implementation of the Convention on the Protection and Use of Transboundary Water Courses and International Lakes (Helsinki Water Convention 1992).

However, “Water diplomacy” will for sure play an even more important role in the future of European external policy.