“I have never gone to school because my parents do not have resources”, says Ruth, a 14-year old girl from Cameroon. "I am aware of the dangers down there in the mine, […] but I do not have another choice”. COVID-19 exacerbated the root causes driving children like Ruth into work. 2021, the International Year for the Elimination of Child Labour, is the time to redouble our efforts to get back on track 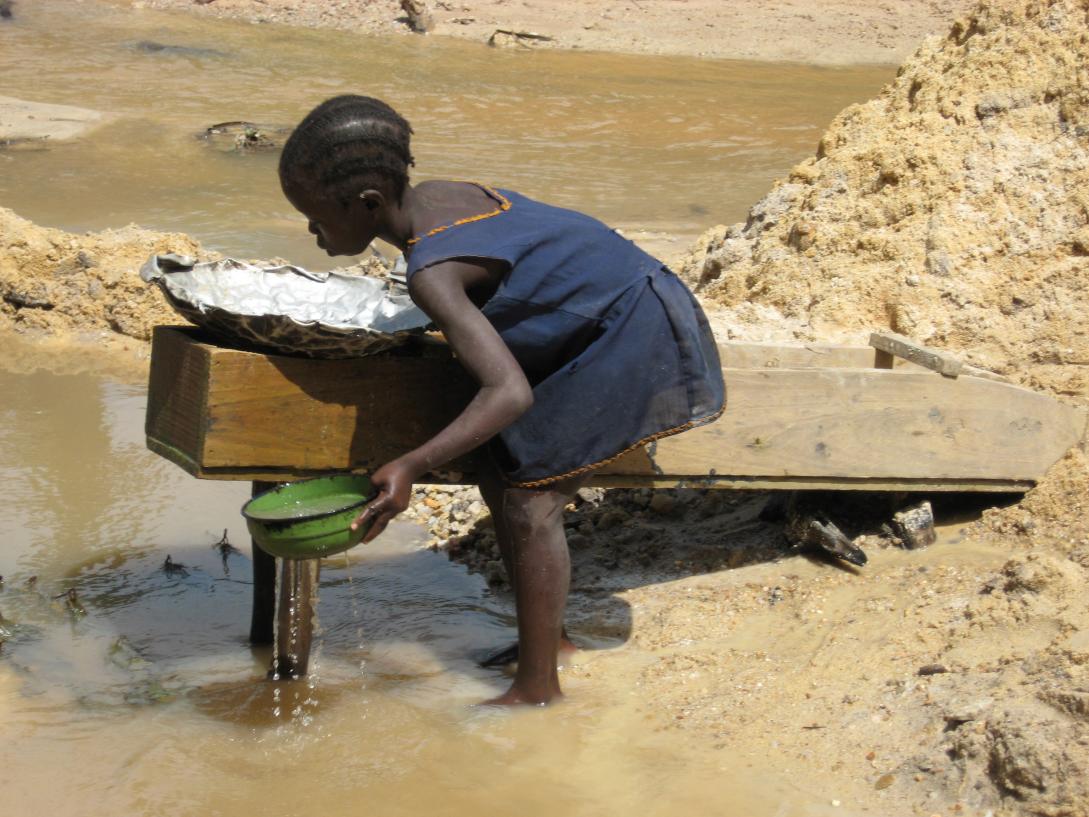 The global spread of COVID-19 is threatening to reverse the progress made against child labour in the 21st century. Between 2000 and 2016, there was a 38% decrease in child labour globally, and 100 million children were taken out of work in the past 20 years. However, the global disruption to education caused by confinement measures, the health shock and the loss of household income in many families, especially in developing countries, could drive child labour numbers up again. In 2021, unanimously adopted as the International Year for the Elimination of Child Labour by the UN General Assembly, we have our last chance to accelerate the pace in order to reach the 2030 Agenda for Sustainable Development 8.7 target to end child labour in all its forms by 2025.

“As we battle the pandemic, we need to remember that children are the first to suffer from poverty, exclusion and inequalities”, reads a Joint Statement by the HR/VP Josep Borrell and the European Commission to mark the date. “As the prevalence and the risk of child labour has increased significantly, it is vital to assist countries to strengthen and expand their social protection schemes and to ensure the continuity of accessible and quality education (…). Let the Year for the Elimination of Child Labour give a new incentive to join forces and to deliver on our promises”.

152 million children between the ages of 5-17 are still victims of child labour, with 73 million in hazardous work, according to the International Labour Organisation (ILO). Almost half (48%) of the victims of child labour were aged 5-11; 28% were 12-14 years old; and 24% were 15-17 years old. Child labour is concentrated primarily in agriculture (71%) -this includes fishing, forestry, livestock herding and aquaculture-; 17% in services; and 12% in the industrial sector, including mining. Africa (72 million) and Asia-Pacific (62 million) together account for almost nine out of every ten children in child labour worldwide.

According to a recent ILO report on the COVID-19 impact on child labour and forced labour, an estimated 42-66 million children could have fallen into extreme poverty in 2020 as a result of the crisis, adding to the estimated 386 million children already in extreme poverty in 2019. In addition to the risk of child labour, these children, in particular girls, are now more likely to be burdened with increased domestic chores and caring responsibilities, or sexually exploited by their abusers online or within private homes.

To mark this year’s World Day, the ILO and UNICEF launch today a “Week of Action”, starting with the release of new global estimates and trends on child labour (2016-2020) and featuring various events and activities that will be an opportunity for partners to showcase progress in carrying out their “2021 Action Pledges”.

The EU works on many different fronts towards the 2025 target to end child labour in all forms. In 2021, the EU adopted its new Strategy on the Rights of the Child, which aims at making supply chains of EU companies free of child labour, and strengthening labour inspection systems for monitoring and enforcement of child labour laws. It was adopted together with the European Child Guarantee, which addresses some of the root causes of child labour, including poverty, inequalities and social exclusion. Simultaneously, the fight against child labour also figures prominently in the Action Plan on Human Rights and Democracy 2020-2024, which provides a wide range of different policies to combat and discourage this practice.

There are EU-supported projects successfully addressing child labour in different sectors, such as garment, conflict minerals, fisheries and agriculture.

Thanks to the CLEAR Cotton project, for instance, more than 4,000 children who were working in the cotton, textile and garment value chains have been reintegrated in education.

Inoussa Kabore, 11 years old, used to help the farmers working as a shepherd and in the cotton fields in Burkina Faso. After this project’s intervention, Inoussa's uncle, Kabore Saidou, finally agreed to put him in school: “I would like to ask the EU and the ILO to continue the project in order to get all the children out of the cotton fields, because this work is very difficult and is not made for children. Children need to go to school and acquire knowledge that will help them later”, he says.

In Eastern Cameroon, where thousands of children work in gold mines under terrible conditions, another EU-funded project, Promess2, is slowly changing the mindset of their parents, who often send their kids to work instead of going to school. “I have never gone to school because my parents do not have resources”, says Ruth, a 14-year old girl. “That is why I work since I was little to support my family. I am aware of the dangers down there in the mine, as toxic gases or landslides. There are diseases related to the mining work like scabies, meningitis and other infections I could get, but I do not have another choice”.

Thanks to this project, 32 ‘Comité de veille citoyenne’ were set up to raise awareness in communities on illegal mining and children labour. Finally, some parents took the initiative of setting up four schools to ensure their children could have an education.