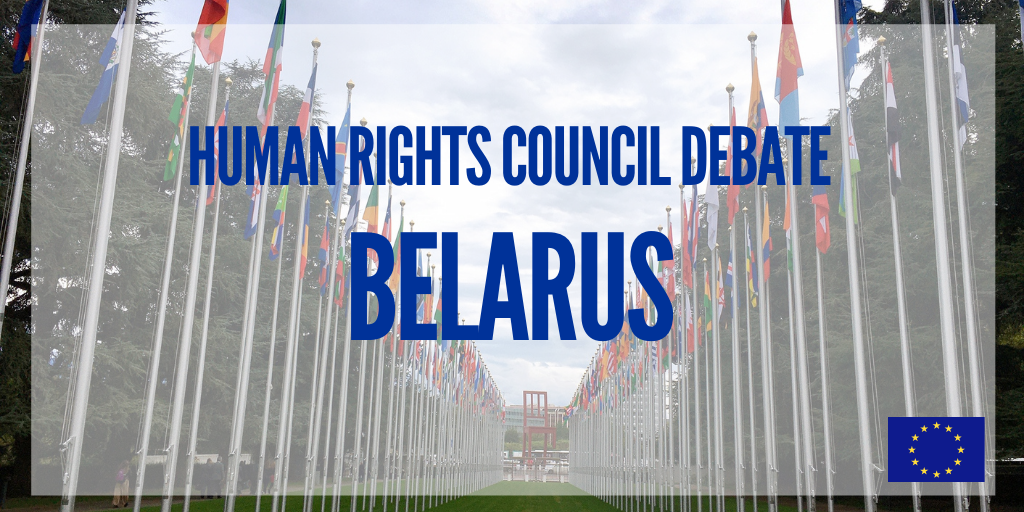 Upon request of the European Union, the Human Rights Council held an Urgent Debate on the human rights situation in Belarus and adopted a resolution introduced by the European Union. The resolution requests  the High Commissioner for Human Rights to present an interim oral update with recommendations to the HRC before the end of 2020, and to present a comprehensive written report on the human rights situation related to the 2020 presidential election at the next Human Rights Council session.

“The serious deterioration of the human rights situation in relation to the 2020 presidential election, which was neither free nor fair, require the urgent attention of the Council,” says Ambassador Walter Stevens, Head of the EU Delegation to the United Nations in Geneva. The election was followed by a series of grave and unprecedented violations of human rights and fundamental freedoms in the country, including the freedom of peaceful assembly, freedom of opinion and of the media. “The brutal crackdown by the government ever since has been shameful. We are alarmed by reports of attacks, ill treatment and torture of peaceful protesters, as well as harassment and detention of opposition leaders, civil society representatives and journalists, as also reported by the High Commissioner for Human Rights," adds Ambassador Stevens.

“The role of the Council and the close monitoring by the international community is key to prevent further escalation on the ground. We call on the Belarusian authorities to show restraint and engage in dialogue,” stresses EU Ambassador Stevens.