Together to protect marine life

World Oceans Day reminds us of the major role the oceans have in everyday life. They are the lungs of our planet and a major source of food and medicine and a critical part of the biosphere. Thousands of sea animals are killed each year as a result of marine pollution. Almost one third of reef forming corals, and more than a third of marine mammals are now threatened with extinction. The disappearance of tropical coral reefs also threatens to destroy the livelihoods of half a billion people. Together we can all try to protect our ocean. 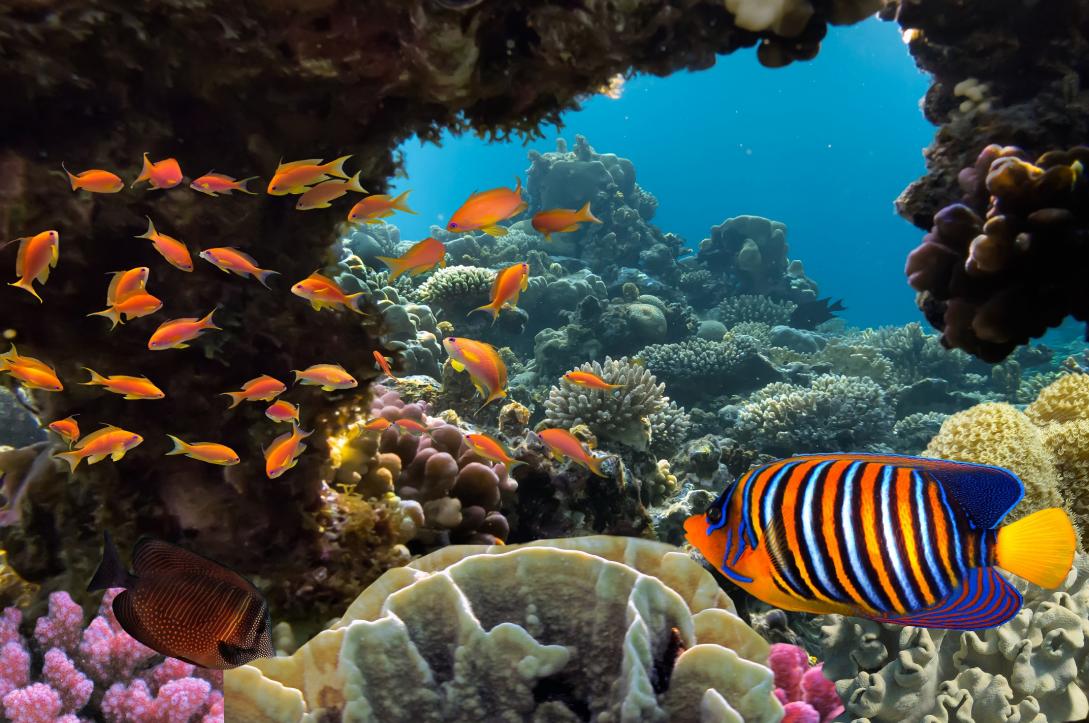 The ocean covers over 70% of the planet. It is our life source, supporting humanity’s livelihood and that of every other organism on earth. The ocean produces at least 50% of the planet’s oxygen, it is home to most of earth’s biodiversity, and is the main source of protein for more than a billion people around the world. Furthermore, the ocean is key to our economy with an estimated 40 million people being employed by ocean-based industries by 2030. Despite all its benefits, the ocean is now in need of support.

"We need to protect our oceans because they are crucial, because they regulate the climate and because they generate most of the oxygen we humans breathe. Oceans do so by absorbing 90% of the global warming and 30% of the carbon emissions. But that takes a toll on the oceans. They become warmer, more acidic, generate less oxygen. This is most evident in coral reefs that are slowly dying. We need healthy oceans because they need to keep on absorbing the carbon which they need to keep on providing the oxygen and the food that we need, and to be a source of renewable energy" - EU Ambassador for Climate Diplomacy, Marc Vanheukelen.

With 90% of big fish populations depleted, and 50% of coral reefs destroyed, we are taking more from the ocean than can be replenished. To protect and preserve the ocean and all it sustains, we must create a new balance, rooted in true understanding of the ocean and how humanity relates to it. We must build a connection to the ocean that is inclusive, innovative, and informed by lessons from the past. “The Ocean: Life and Livelihoods” is the theme for World Oceans Day 2021, as well as a declaration of intentions that launches a decade of challenges to get the Sustainable Development Goal 14, “Conserve and sustainably use the oceans, seas and marine resources”, by 2030.

Marine pollution is one of the main drivers of the depletion of marine biodiversity, along with overfishing, urbanisation, climate change, and unsustainable practices. The EU’s Biodiversity Strategy reiterates that pollution is a key driver of biodiversity loss and has a harmful impact on our health and environment. Pollution can take many forms including litter and plastics. Despite the strong EU framework to reduce these pollutants, greater efforts are still required. For example, under marine protection rules, threshold values are being developed to limit them. An agreement was reached to limit the number of beach litter items to 20 per 100m of coastline. More such limits are in the making.

The majority of marine litter is plastics (60-80%), predominantly from land-based sources through rivers drainage or sewage, or wind, but sea-based sources such as shipping, fishing and aquaculture can be responsible for large quantities of particularly harmful litter (e.g. lost fishing gear).

Measures to prevent, reduce and control pollution of the marine environment from all land-based sources, including of the seabed and its subsoil are essential. More than 800 species have had some form of encounter with marine litter, of which the majority is plastic. More than 700 species of marine animals have been found with traces of plastics in their digestive tracts. Plastic pollution has a direct and deadly effect on wildlife and on biodiversity.

Every species of sea turtle has been documented to have been impacted, as well as 66% of marine mammals and 60% of seabirds. Trends over the past two decades have shown that instances of ingestion and entanglement of plastic debris has increased by 49%, and scientists foresee that plastic ingestion by seabirds will increase by 99% by 2050. Coral reefs have been deemed 89% more likely to develop disease in the presence of plastic.

Thousands of sea turtles, seals and other marine mammals are killed each year after ingesting or getting entangled in plastic waste. Plastic waste kills up to a million seabirds a year. Almost one third of reef forming corals, and more than a third of marine mammals are now threatened with extinction. The disappearance of tropical coral reefs also threatens to destroy the livelihoods of half a billion people.

A dive with sperm whales

Sperm whales are fabulous, interesting and intelligent marine mammals, they breathe air at the surface and dive to depths of over 1,000 metres holding their breath for over an hour. As they dive in the abyss where it is totally dark, they use echo-location to track their prey. They feed mainly on squid and fish. Echolocation allows them to recreate the image of their environment in their brain, in the same way as the image you can see during an ultrasound on a pregnant woman to visualise the baby in her womb. Check out this cool story from Mauritius! Watch the video and read the full article here.

#EUBeachCleanup 2021 - Together to protect marine life

In line with CBD CoP 15, the 2021 edition of the annual global #EUBeachCleanup campaign will focus on the protection of marine biodiversity. Together to protect marine life, the EU, the UN and the Smurfs will once again team up in this year's campaign that aims to raise awareness on the importance of the protection of sealife and the preservation of healthy marine ecosystems, and promote actions that reflect how, together with YOU too, we can start by protecting the ocean in our daily habits. Be a part of the #EUBeachCleanup campaign this summer! Stay tuned for more on this year's online and on site activities in collaboration with the UN’s Act Now campaign!