Towards a world free of chemical weapons

On the Day of Remembrance for all Victims of Chemical Warfare, the EU commemorates those who have died and suffered from these atrocious weapons and condemns in the strongest terms the use of chemical weapons by anyone, whether a State or non-State actor, anywhere, at any time and under any circumstances, as a violation of international law 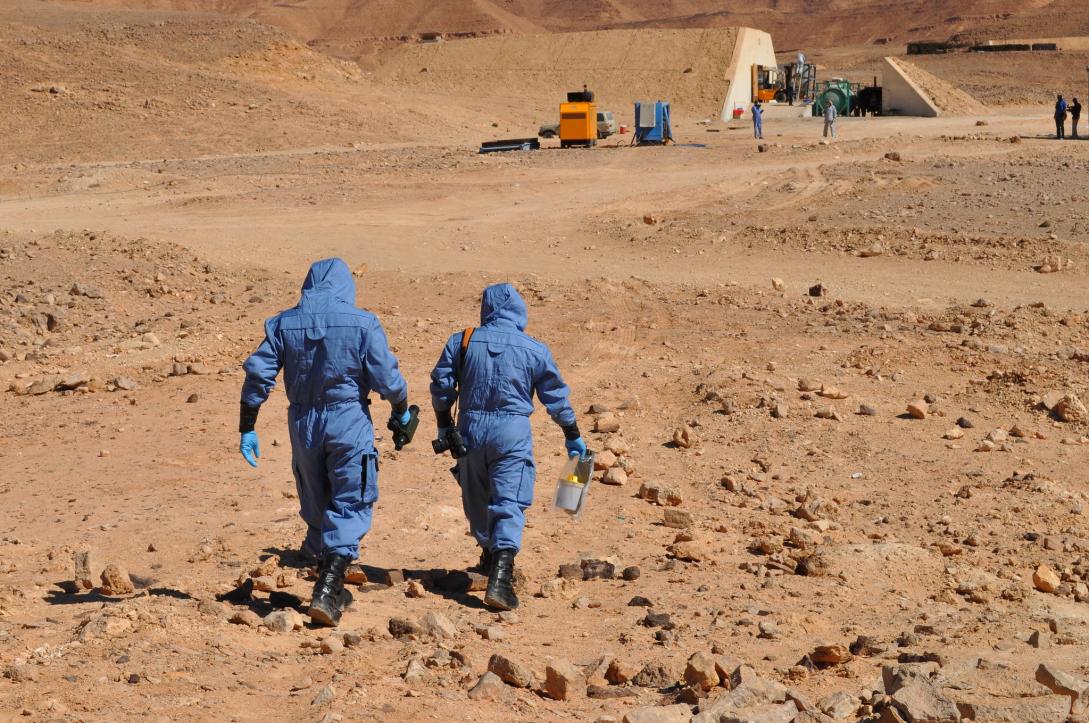 Chemical weapons killed more than 100.000 people and injured more than a million during the I World War. Today, a century later, 98% of all declared chemical weapon stockpiles have been destroyed under the verification of the Organisation for the Prohibition of Chemical Weapons (OPCW), the implementing body for the Chemical Weapons Convention that entered into force on 29 April 1997. However, such weapons of mass destruction have not ceased to be used on the battlefield or elsewhere. On this Day of Remembrance for all Victims of Chemical Warfare, the EU reiterates its steadfast support to the OPCW with a view to achieving the vision of a world free of chemical weapons, and reaffirms its commitment to the fight against impunity for their use.

“Chemical weapons remain a serious threat to international peace and security”, said HR/VP Josep Borrell in a statement issued to mark the date. “These heinous weapons have been used in Syria, causing hundreds of victims, including children. In August last year, a toxic nerve agent “Novichok” was used in the assassination attempt on the Russian opposition politician Alexei Navalny in the territory of the Russian Federation. They have also been used in the United Kingdom, Malaysia and Iraq”.

The Chemical Weapons Convention in force since 1997 is determined “for the sake of all mankind, to exclude completely the possibility of the use of chemical weapons.” At its 20th Session (in 2015), the Conference of the States Parties to the Chemical Weapons Convention decided that a memorial Day of Remembrance for all Victims of Chemical Warfare would be observed on 30 November each year.

As the implementing body for the Convention, the OPCW, with its 193 Member States, oversees the global endeavour to permanently eliminate chemical weapons and it has been so far the most successful disarmament treaty, eliminating an entire class of weapons of mass destruction. For its extensive efforts in eliminating chemical weapons, the OPCW received the 2013 Nobel Peace Prize.

“The Sakharov Prize and the Brave people of Ukraine: Defending Democracy and Human Rights against the horror of war”