World Press Freedom Day: an opportunity for everyone to speak up against the silencing of journalists

The voice of journalists is our own voice. When media remain silent, it is like societies themselves are muzzled: unable to hold the political and economic leadership to account or to grant people the right to make fact-based choices in life. 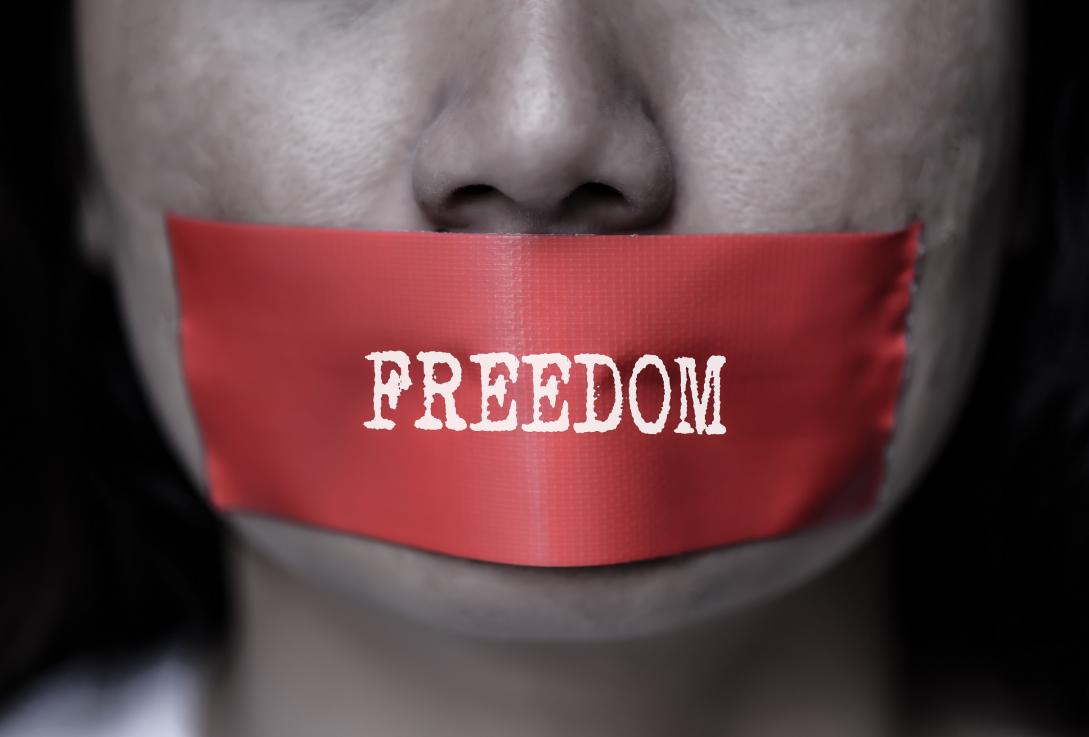 What if there was no journalism?

We asked the question to journalists all over the world, getting responses from media professionals in 34 countries. “Without journalism the world would be absolutely blinded with no access to freedom of opinion and right to be informed”, says Alhagie Manka, producer, director and photographer in the Gambia.

For many journalists, their profession is about distinguishing right from wrong; truth from lies. “If you cannot imagine a soccer game without a professional referee, how will you think of a society without journalism?” Reuters journalist, Herculano Coroado asks himself. “A world without journalism would be one where corruption, inequalities, discrimination, would be completely ignored”, adds journalist Victor Carreño from Ecuador.

Journalism touches on all aspects of life

The world is going through exceptional times, making the need for trustworthy information even bigger. In his Declaration on behalf of the EU on World Press Freedom Day, High-Representative Joseph Borrell stated that the “current COVID-19 crisis has acutely brought into focus the importance of the work of the press”.

Canadian media expert Heather Bakken explains: “As the entire world grapples with a global pandemic and the need to contain a deadly virus, having access to accurate, timely and verified information isn’t just a privilege, it is a life-saver”. This is exactly what the “mission” of journalists today is, confirms Maria Ressa, journalist in the Philippines; to avoid “lies becoming facts” and therefore to make “a difference between life and death”.

But journalists also provide for checks and balances of the decisions and actions of our politicians, even in times of crisis and emergency. “While leaders all around the world are getting these tremendous powers, we have to make sure that there is a time limit to it. Because if we don’t, democracy as we know it will die”, Ressa says. “Who demands accountability? That’s journalists!”

Yet, this “mission” didn’t start with the COVID-19 crisis. Journalists have been a “pillar” of democracy much longer than today. “The major function of a free press is to act as a fourth branch, apart from the executive, legislative and judiciary branches, to supervise the government and prevent it from abusing its powers”, says Huang Chao-Hwei, senior media professional from Taiwan. Only if the public is rightly informed about the actions of its decision makers, can it rightly exert its right to vote.

Propaganda and unauthentic behaviour online are distorting the information that reaches citizens. “So our job is to constantly unravel the real from the fake, to inquire and also to give a voice to the opposition, to civil society”, says Antoine Mariotti, a French journalist. “That way, everyone can hear different ideas and ways of thinking so they could form their own opinion.”

“Facts matter.” The way we share and consume information is changing and getting more complex. But in the information space, not all players follow the rules of truth and integrity. We need objective, independent, trustworthy and qualitative reporting against the noise of deceiving messages spread with malign intent. “For decades I have travelled to conflict zones to report on what happened. There, lies and deceit are a daily reality”, Rudi Vranckx, a Belgian reporter, tells. “Let us, journalists, form an antidote, an antitoxin. An antidote for the benefit of more humanity.”

Journalists give a voice to the most vulnerable in this world, whose stories risk to be drown out by those who shout the loudest. “Without journalists, who will speak for their justice?” Suchanee Cloitre from Thailand asks. The work of courageous reporters triggered legal investigations and prosecutions all over the world. They told stories that were never supposed to see the light and talked about disappeared people, corruption, sexual abuse, large-scale fraud… Only journalists can break the cycle in which truth is traded for power.

However, journalism is under threat.

Press freedom, which guarantees the right of journalists to do their jobs without fear or interference, is under pressure. According to Reporters Without Borders (RSF), a Paris-based organisation, “the next ten years will be pivotal for press freedom because of converging crises affecting the future of journalism”.

In their search for truth, journalists become human rights defenders. “By transmitting the truth of an event that might conflict with the interest of this or that party, you will be subject to threats, abduction, or killing”, says Ali Dabdab, an Iraqi photographer. Journalists are chased by different kinds of opponents, be it authoritarian regimes, organised crime or corruptors. Often crimes against them remain unpunished.

“Press freedom means reporting and telling the truth even if that truth is not accepted by society”, says Neville Choi from Papua New Guinea. Yet, all over the world there are journalists who lost their lives simply for doing their jobs.

According to RSF, 398 journalists, citizen journalists and media assistants were imprisoned in 2019, 52 were killed. In Europe four journalists – mainly investigators of corruption – have been killed since 2017. One of them was Bulgarian reporter Viktoria Marinova, murdered in October 2018.

Carmen Aristegui from Mexico, Maria Ressa from the Philippines and Pascalinah Kabi from Lesotho should be practicing journalism as they used to before. Unfortunately, they as well were prevented from doing so. They suffered from intimidation, imprisonment or loss of their job. “Being a journalist comes with a high price in a lot of countries”, says Luna Safwan from Lebanon.

In too many countries, restrictive legislation is curbing freedom of expression and freedom of the press. Under the pretext of security, safety, health and misinformation threats, journalists face arrests and imprisonment for doing their job. The COVID-19 crisis has worsened this situation, as many journalists were arrested for reporting on the pandemic.

The work of reliable journalists is also undermined by disinformation or misinformation that not only mislead public opinion but also harm public trust in media.

The European Union made freedom of the press one of its core values. It is at the forefront of its policy agenda and external action. But its actions only make sense if they can build on the work of engaged and courageous media, whose daily efforts make societies fairer, more democratic and safer.

“We must always defend the freedom of the press in this world”, says Carmen Aristegui. Indeed press freedom matters to all journalists in the world. The journalists featuring in the European Union’s World Press Freedom Day campaign come from very different contexts and their countries have many different rankings on the RSF 2020 World Press Freedom Index, ranging from place 12 (“good situation”) to place 162 (“very serious situation”).

The world needs journalists. “Press freedom goes hand in hand with citizens’ freedom to access information”, says Borges Nhamirre from Mozambique. But for journalists to be able to defend this democratic right, they need security and space to do their jobs. As the High Representative Borrell stated “press freedom is not just a right of media professionals, but of each and every one of us”.