In 2017 every 2 seconds one person was forced to flee their home due to war, persecution or violence. With millions of people in need on a record high the European Union continues its work with partners around the world to address the humanitarian challenges and to provide long-term support. Last year, €2 billion of the EU's humanitarian budget was allocated to help displaced people and host communities in 49 countries. And EU Member States have granted protection to more than 538 000 people. 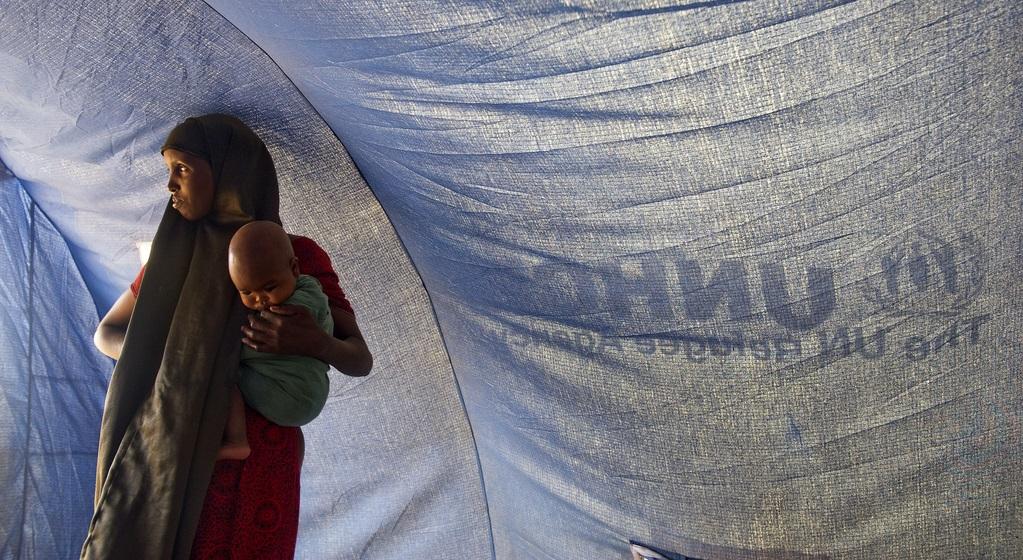 The Global Trends report by the UN Refugee Agency shows that 68.5 million people were forcibly displaced. On a global level, this is an increase of 2.9 million forcibly displaced people in 2017. Such an unprecedented level of vulnerable people – 52% of refugees are children below the age of 18 – requires a strong role of the European Union and joint efforts with partner countries as well as international organisations, such as UNHCR. The European Union is the leading global aid donor and stands with the forcibly displaced population – today and all other days of the year. With the objective to save and protect the lives of people the High Representative and the EU have put in place an approach which combines emergency humanitarian responses with longer-term support to refugees, asylum seekers, stateless and internally displaced people. In Syria where the crisis enters its eight year, there are over 13 million people in need of humanitarian assistance – 6 million are children. The EU Regional Trust Fund in Response to the Syrian Crisis has reached a total volume of €1.5 billion and provided over 400 000 refugee and host community children and youth with access to quality education, protection and psycho-social support as well as more than 200 000 vulnerable beneficiaries with medical care and essential medicines.

Being a refugee is not a choice. And World Refugee Day is the day where the whole world commemorates the strength, courage, resilience and immense struggle of all children, men and women. While it is important to be aware of how many people are in need, it is equally important to highlight that it is about the people, each and every one of them having a story and a dream. World Refugee Day belongs to all of them.

Yasmine, a beneficiary of EU support, said that the first two years after leaving Syria she rejected everything about her life in Jordan. Thanks to a scholarship of the European Union she is now able to continue her studies. And she also started to work for a project involving young Syrians and Jordanians. She finds that "these kinds of initiatives and voluntary work are very important because young people need to be lifted from their situations" and that "we need to help them integrate into society". The story of Yasmine shows how important the action of the international community is.

The Second Brussels Conference on "Supporting the Future of Syria and the Region" which was co-chaired by the EU and the UN renewed and strengthened the political, humanitarian and financial commitment of the international community to the support the Syrian people as well as the neighbouring countries.

In its overall objectives to save and protect the lives of people, find durable solutions and support the self-reliance of refugees and displaced persons the European Union also works closely with the African Union. The EU Trust Fund for Africa (EUTF) strives to benefit a wide range of African countries but pays particular emphasis to the most vulnerable ones and the local communities hosting them. 161 programmes for a total amount of about €3 billion have been approved so far for Sahel/Lake Chad, Horn of Africa and North of Africa.

Hellen Okoth, a fourteen year old beneficiary of the EU Support Programme for Refugee Settlement in Northern Uganda programme, talks about the tragic loss of his parents. "When the rebels came to our village, they started fighting, they killed all our parents", he says. While nothing can ease the pain Hellen has to undergo, the funding by the EU and its partners is crucial for him and many others.

The programme financed by the EU Trust Fund for Africa and its partners has as its overall aim the mitigation of risk of further violent conflicts. It provides basic services such as food, water and sanitation. And it further wants to improve the level of education.

Work with UNHCR also continues in the context of the AU-EU-UN Joint Taskforce which was set up in the margins of the AU-EU Summit in November 2017. The European Union's work with the UNHCR has so far allowed over 1,600 refugees to be evacuated from Libya to Niger through the Emergency Transit Mechanism.

The European Union further works relentlessly to provide life-saving support to Rohingya civilans and host communities in Bangladesh and Myanmar's Rhakine State. The close to 700 000 Rohingya civilians who had to flee to neighbouring Bangladesh since August 2017 are heavily reliant on humanitarian assistance. With European Union support, the UN World Food Programme is providing the refugees with emergency food items, including rice, seeds and vegetable oil.

High Representative / Vice-President Mogherini visited Kutupalong refugee camp in Cox's Bazar last November 2017 where she reiterated the EU's support and encouraged both countries to reach a swift conclusion of a bilateral repatriation agreement as a matter of urgency. A few days after her visit the governments of Myanmar and Bangladesh signed a bilateral repatriation agreement.

Important results have been achieved under the lead of High Representative / Vice-President Mogherini in providing protection to people who are fleeing war and persecution – and for Yasmine, Hellen and many others in need EU support is not only life-changing but also life-saving. The UN's Global Trends report shows that refugees accounted for 25.4 million in 2017. This constitutes an increase of 2.9 million more than in 2016 – the biggest increase UNHCR has seen in a year. The EU will continue to take care of the most vulnerable among our society and will also strongly engage to achieve a robust, balanced and inclusive Global Compact on Refugees based on shared responsibility and solidarity.