After some weeks of pause, following the legislative elections, the long-term observers of the European Union Election Observation Mission (EU EOM) are back in Colombia. 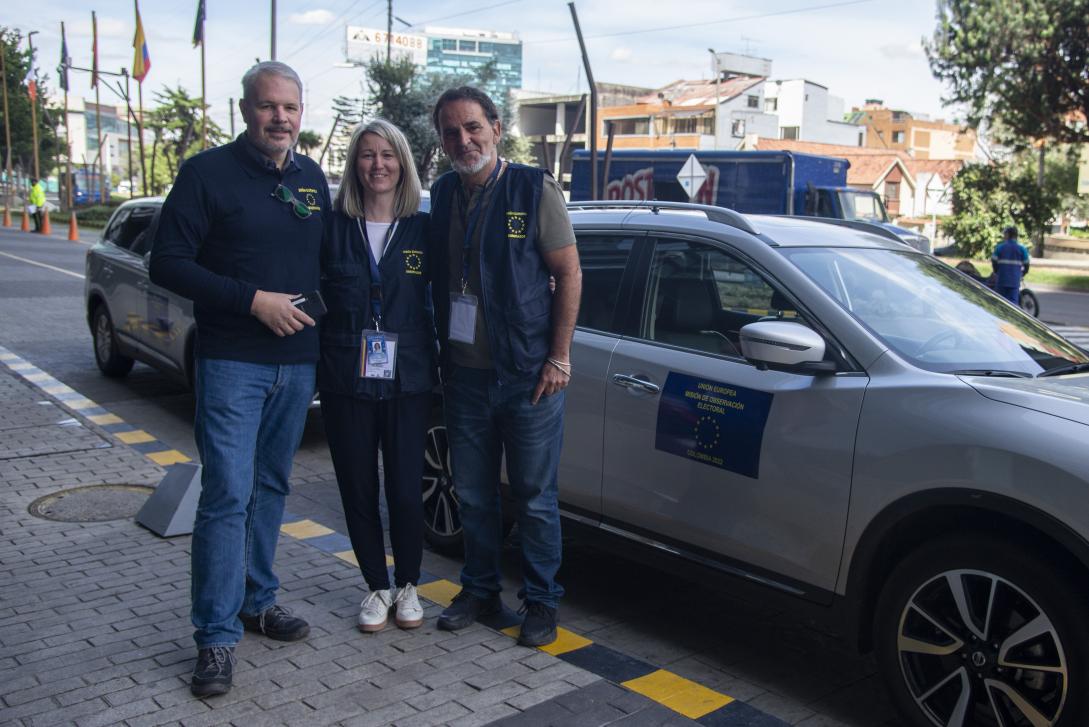 For this next stage of observation of the electoral year, the same 34 citizens from different nationalities of the European Union plus Switzerland and Norway, who were, since February, observing the development of the legislative elections, have returned.

This group of observers makes up 17 teams distributed throughout all regions in the country. Between May the 2nd and 3rd, the observers were in Bogota receiving training to update their electoral, political, legal, media agenda and security knowledge, among other issues.

Starting today, these teams will be meeting with municipal and departmental electoral authorities, monitoring political campaigns in the regions, meeting with local media and reporting their work to the Mission's Core Team of analysts.

A few days before 29 May, a group of short-term observers and diplomats from the EU Member States and a delegation of MEPs will expand the team to more than a hundred people. This group will monitor the Sunday voting day when Colombians will vote to elect the President of the Republic.

The EU EOM was invited by the Electoral Organization of Colombia to observe the country's general elections. The Mission's Core Team, composed of a dozen electoral experts, arrived in Colombia in January of this year and will remain in the country until the end of the elections.