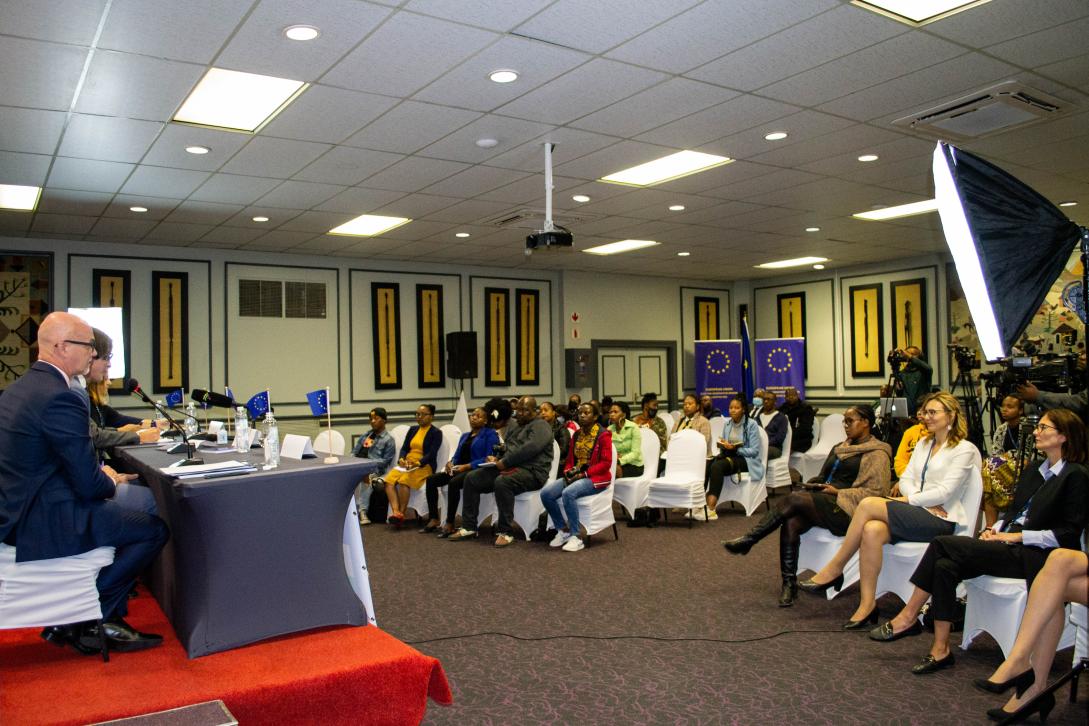 Chief Observer Ignazio Corrao officially launched the European Union Election Observation Mission (EU EOM) to Lesotho in Maseru today. The same morning, the Mission deployed 22 observers to begin long-term observation across Lesotho ahead of the 7 October 2022 National Assembly elections. From now on, the Mission will be permanently present in all ten districts of Lesotho for six weeks.

Based on an invitation by the Government of Lesotho, the EU EOM started its activities in Maseru on 27 August with the arrival of a Core Team of nine experts. The Mission is led by Chief Observer Ignazio Corrao, a Member of the European Parliament from Italy.

The mission will be reinforced around election day with 30 Short-Term Observers (STOs) as well as a delegation from the European Parliament. An additional number of representatives from EU States' diplomatic representations will add to this contingent. The observers come from all 27 EU Member States, as well as from Norway. Their findings in the ten districts will inform the analysis of the EU EOM Core Team about elections-related developments across the country.

The EU EOM is bound by a code of conduct, which requires among others strict neutrality and non-interference. It undertakes its work in accordance with the Declaration of Principles for International Election Observation, endorsed under UN auspices in 2005.

The EU EOM operates under a separate and distinct mandate from the EU Delegation in Lesotho, and it is independent in its findings from EU Member States and all EU institutions.

For further information, please contact the press office of the EU EOM Lesotho 2022.