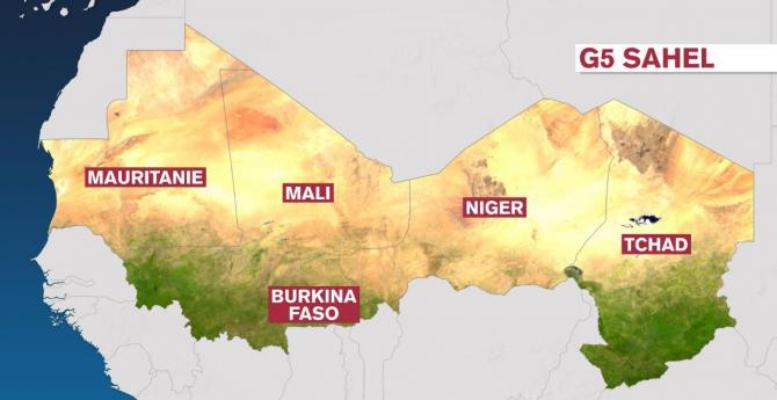 Debating the importance of further improving the border management strategy of the G5 Sahel countries (Burkina Faso, Chad, Mali, Mauritania, and Niger) as a key aspect of security, was at the core of a workshop organized by the G5 Sahel Executive Secretariat in Nouakchott, Mauritania, on 28-30 March.

The conversations focused on the need for a transition towards harmonized and coordinated border management, a key area in the fight against terrorism, organized crime, and human trafficking.

During the workshop, the need for a shared vision on the threats weighing at the borders to generate synergies emerged as an essential aspect to enhance the effectiveness of action between the various national and regional actors and all the technical and financial partners involved in the field of border security.

The EU's Regional Advisory and Coordination Unit for the Sahel (RACC) contributed to the discussions. The RACC’s Senior G5 Security Advisor, Dominique Chevalier, from France, outlined the commitment of the EU Common Security and Defence Policy in the Sahel and provided elements for reflection and discussions. During his speech he recalled examples of operational means already in place in the field of defence and security. The RACC’s expert made refence to the police component of the Joint Force of the G5 Sahel deployed in border areas in the so called three sectors (Centre, East and West), and to mobile units engaging along the Niger border. The RACC’s Advisor mentioned the need for the Security Joint Platform of the G5 Sahel to gain traction and importance by being placed «at the core of collection and info-sharing, essential for coordination and best practices among the G5 Sahel countries in the field of border management».

Dominique Chevalier finally stressed the importance for all currently available databases to be made compatible, to allow a better monitoring of the flows and transits of people and goods on land, air, and sea borders. «The reference here is to the Interpol files, but also the MIDAS system developed by the International Organization for Migration (IOM) », added the RACC’s expert. «The external borders with the Maghreb and the countries of the Gulf of Guinea must be the subject of the same attention as the internal borders with the G5 Sahel, without forgetting the maritime domain of Mauritania, also affected by migratory flows», he concluded.

The importance of respect for Human Rights and Gender mainstreaming in border control actions, the prevention of corruption and the management of pandemics were also highlighted during the discussions.