Berbera Port, located on the Northern coast of Horn of Africa, on the Gulf of Aden, is owned and operated by Somaliland authorities. The port foundation was traced back more than hundred years ago, and the current place, a linear wharf of 300 meters, was established in 1968 by Soviet Union, later expanded to a 350 meters linear wharf in 1984 by United States of America. Since then, the port has developed numerous properties as well as constructions, and will be expanded of additional 300 meters in the near future. 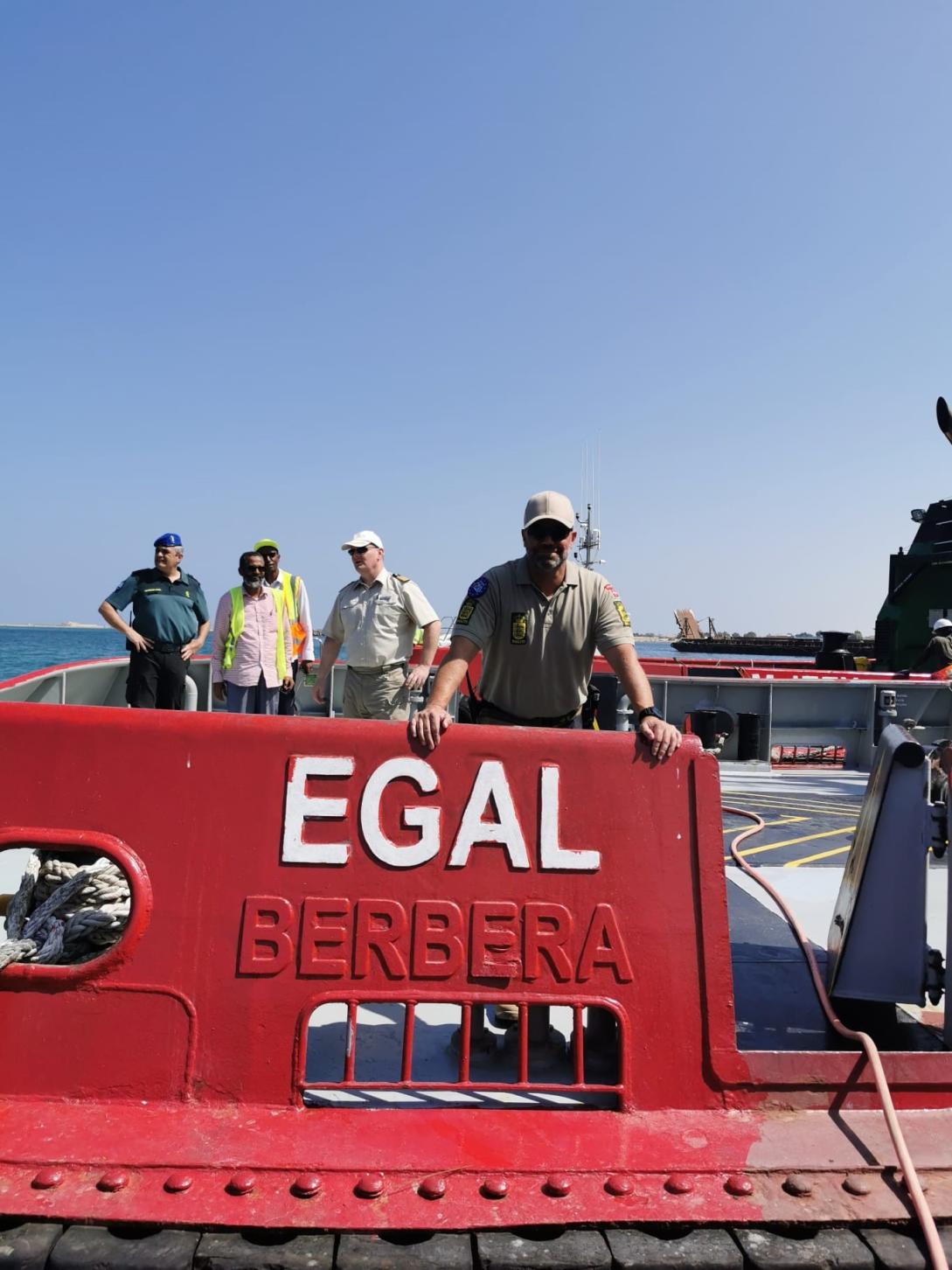 The Port's task hasn’t changed over the years, but its scope of services has expanded considerably. The port contributed significantly to the development of the Somaliland and is a cornerstone of the economy community. One of the next objectives of the port authorities is to reach an expansion that would allow the arrival of larger container ships.

Throughout the years, EUCAP has been supporting Somaliland in improving its capacity through trainings in maritime security and law enforcement. In October, in Berbera, EUCAP advisers conducted several activities to boost the capacity building process. An Advanced Training of the Trainers (ToT) was conducted to support the Coast Guard, the Police and the Immigration agency lay the groundwork for a future Mobile Training Unit that would enable institutions capability to train their fellows members, thus ensuring sustainability. The Mobile Training Unit held its first theoretical training session on Search and Rescue (SAR) at the end of October, under the supervision of EUCAP advisers. A practical session will be conducted in spring 2023.

A workshop for the maritime authority in Berbera port, was also held with the participation of the Pilot Unit and the Harbor Master of the Coast Guard, on Pre-Pilot notification, approach to Pilot Station, Pilot regulations and cooperation, Pilot boarding arrangement, Port Authority and emergency anchorage, among others.

The month of October was concluded with of EUCAP representative’s visit to the port of Berbera to discuss with mission counterpart on Port challenges, regulations and responsibilities, as well as Marine Environmental Protection Plan and Oil Spill Equipment.

Mission engagement with Somaliland authorities will continue during next mandate, to increase maritime operation skills, specifically in Search and Rescue (SAR), Prevention Suppression of Trafficking and Smuggling (PSTS), Maritime Environmental Pollution Prevention, Law Enforcement and Prevention. The mission will also support Somaliland to achieve a sufficient and sustainable level of Coast Guard functions, as well as communication between Maritime Law Enforcement Agencies to allow for transitioning of capacities to local authorities.