The European Union Training Mission in Central African Republic (EUTM CAR) was honored to host the Director of the Military Planning and Conduct Capability (MPCC), Vice Admiral Herve Bléjean at the command ceremony that took place on the 11th of September 2021 at the Camp M' Poko in Bangui. 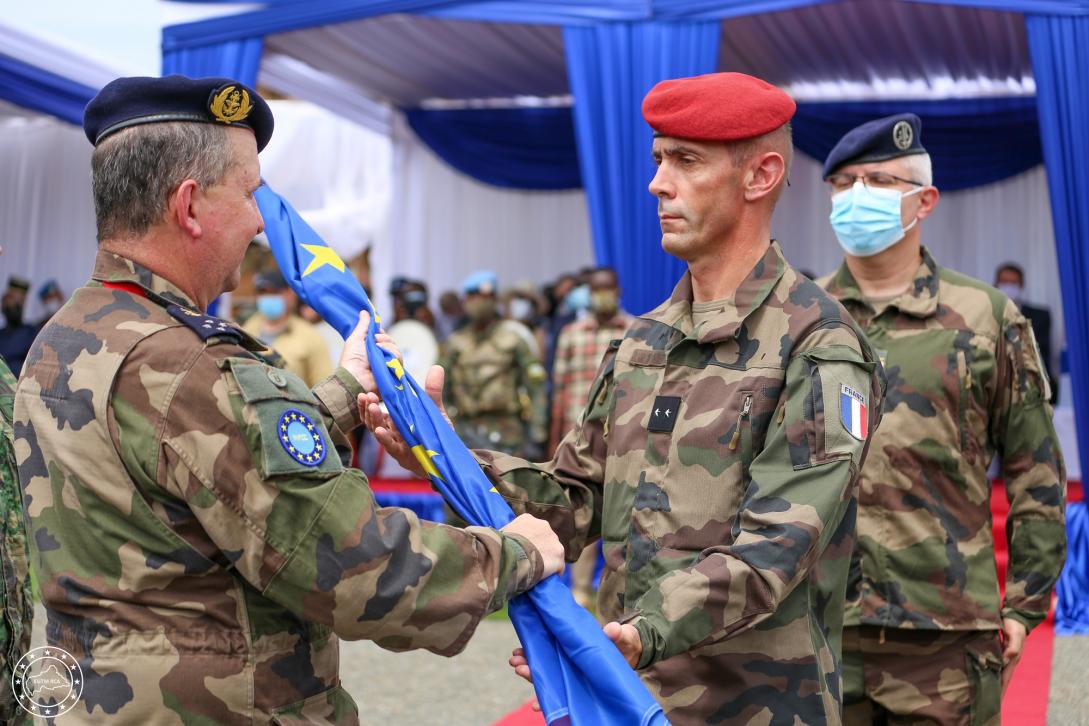 In the presence of the President of the Central African Republi, His Excellency Professor Faustin Archange Touadera, the Director of the MPCC officially transferred the European Union emblem from the outgoing to the incoming Head of the European mission.

The EUTM CAR was launched on the 16th of July 2016 at the request of the Central African Republic’s government for an initial period of two years. On the 30th of July 2020, the Council of the European Union renewed the EUTM CAR's mandate, up to the 19th of September 2022. This mission is currently composed of 200 soldiers, drawn from 15 nations

The mission is engaged in three areas: strategic advice to the Ministry of Defence and the Armed Forces Staff, operational military training and executive training. The Mission Force Commander is also the defence advisor to the President of the Central African Republic.

Since the beginning of the mission, EUTM CAR has trained in excess of 9,980 personnel of the Forces Armées Centrafricaines (FACA).

After praising the work of his predecessor, Brigadier General Jacques Langlade de Montgros stated that he is extremely proud and honoured by his appointment as the Mission Force Commander for EUTM RCA.