On Thursday 16 September 2021, the ceremony marking the end of the EUTM CAR training for the Territorial Infantry Battalion 7 (BIT 7) and the Special Forces Battalion (BFS) of the Central African Republic Armed Forces took place at Camp Kassaï, Bangui. 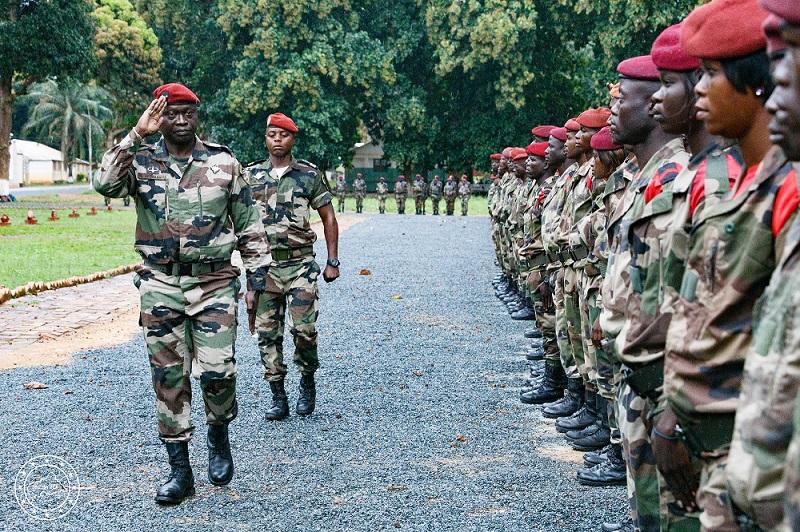 Since its establishment in 2016, EUTM CAR has provided strategic advice to the Ministry of Defence and the Armed Forces Staff. It has also trained approximately 10,000 personnel of the Forces Armées Centrafricaines (FACA) in Operational and Executive training programmes. This will contribute to the country's defence sector reform, a key component of stability in the region.

On this occasion, the Mission Force Commander of EUTM CAR stated:

‘’This training has allowed us to see effective progress and the acquisition of solid individual and collective skills to make these two battalions fully operational units. This result is the outcome of a collective effort between EUTM and FACA to implement the National Defence Plan desired by the President of the Republic. It is now a question of looking to the future by concentrating on the heart of the NDP, which is the construction of a garrison army, but also on maintaining the skills of the battalions already formed by recycling the initial training’’.

The soldiers of the BIT 7 commanded by Lieutenant Colonel Yelengue and those of the BFS commanded by Colonel Zinga benefited from a very complete training of 6 months and 10 weeks respectively, provided by instructors from the European mission. Private Parfait Eric, who was particularly proud to wear the EUTM badge marking the end of his training stated, "Beyond the richness of this training, it is above all the tactical instruction and that on the law of armed conflict that I will keep in mind and I thank EUTM for that".

After the ceremony, the military authorities were able to observe the skills acquired by the soldiers of the two battalions through several demonstrations, including the deployment of an operational HQ, combat at platoon level, hand-to-hand combat, obstacle clearance and intervention of special forces.

At the end of the parade Lieutenant-Colonel Yelengue, commander of BIT 7, admitted that he could not think four months ago that he would be at the head of such an impressive operational Unit. He added that this was largely the result of joint work with the EUTM instructors who worked tirelessly to ensure that all personnel received the highest standard of training possible.