The European Union has been present in the Middle East and North Africa since 1979, through a growing number of Delegations in the region. The latest one to open was the EU Delegation to the State of Kuwait and the State of Qatar in July 2019.

The EU’s policy towards the North African and Middle Eastern countries seeks to encourage political and economic reform in each individual country in due respect for its specific features (European Neighbourhood Policy) and regional cooperation among the countries of the region themselves and with the EU (Union For the Mediterranean). Via the Middle East Peace process, the European Union is actively supporting efforts to resolve the Israeli-Palestinian conflict and is also a member of the so-called Middle East Quartet (US, EU, Russia and UN).

In January 2021, the EU’s first Arabic speaking Regional Media Officer for the Middle East and North Africa took office. His role is to communicate on EU priorities, policies, positions and projects of interest to the MENA region, complementing the work of the fifteen EU Delegations present in the region.

Brussels VI Conference "Supporting the future of Syria and the region"

The European Neighbourhood Policy (ENP) is the foreign policy framework aiming at bringing the EU and its Eastern and Southern neighbours closer, to their mutual benefit and interest. It was launched in 2004 to foster stability, security and prosperity in the EU's neighbouring regions, both in the South and in the East.

In 2015, the High Representative and the European Commission adopted the ENP Review, which brought a change to the cooperation framework and proposed ways to build more effective partnerships in the neighbourhood.

The ENP builds on the commitment of the EU and its neighbours to work together on key priority areas. This partnership is based on shared values, the promotion of democracy, rule of law, respect for human rights and social cohesion. The reviewed ENP also adds 3 joint priorities for cooperation: 1. Economic development for stabilisation; 2. Security; 3. Migration and mobility.

Differentiation is a guiding principle of the EU relations with its neighbourhood. This approach recognises the different aspirations of the partner countries towards their relations with the EU. Therefore, the EU offers tailor made partnerships to its neighbours. Joint Documents (i.e. Partnership Priorities, Association Agendas or equivalents) are set together with each country, focusing on shared interests. This allows for a sense of ownership and flexibility in tailoring support to each partner country’s ambitions. Greater involvement of EU Member States and shared responsibility are also among the key principles of the ENP. At the core of the ENP is the ambition to deepen the engagement with the civil society and social partners. The ENP offers partner countries greater access to the EU's market and regulatory framework, standards and internal agencies and programmes.

The Resolution of the Arab-Israeli conflict is a fundamental interest of the EU. The EU’s objective is a two-state solution with an independent, democratic, viable and contiguous Palestinian state living side-by-side in peace and security with Israel and its other neighbours.

The EU has consistently expressed its concerns about developments on the ground, which threaten to make a two-state solution impossible. In our view, the only way to resolve the conflict is through an agreement that ends the occupation which began in 1967, that ends all claims and that fulfils the aspirations of both parties. A one state reality would not be compatible with these aspirations. A lasting solution must be achieved on the basis of the relevant UN Security Council Resolutions, the Madrid principles including land for peace, the Roadmap, agreements previously reached by the parties and of the Arab Peace Initiative. If an agreement to finally end the conflict were to be reached, the door would open to a deepened and enhanced cooperation among all the countries of the region.

The EU is willing to work with its partners to re-launch peace negotiations, based on the following parameters:

To that end, the EU undertakes a range of activities – both political and practical – and is the largest donor to Palestinian state-building efforts aiming at a Palestinian state based on the rule of law and respect of human rights. It has also consistently called for intra-Palestinian reconciliation and holding of democratic elections.

The EU – with the UN, the US and the Russian Federation – is a member of the 'Quartet' which in 2002 launched a ‘road map for peace’ aimed at resolving the conflict. The EU has welcomed the Arab Peace Initiative as a significant contribution from the Arab countries.

The dialogue and cooperation between the European Union and the League of Arab States (LAS) entered a new phase during the Libya crisis in 2011. High-level dialogue between EU and the LAS was established and conducted regularly since then, concentrating on regional challenges.

Recently security and stability became priority concerns for the EU and the League. A focused cooperation has been fostered to address regional challenges such as the fight against terrorism and regional conflicts, especially in Libya, Syria and Yemen. The Euro-Arab cooperation aims to provide integrated regional responses to these strategic challenges, preventing and counteracting crises in order to build peace in the region.

The Cooperation Council for the Arab States of the Gulf (GCC) is a regional organisation, with six members: The Kingdom of Bahrain, the State of Kuwait, the Sultanate of Oman, the State of Qatar, the Kingdom of Saudi Arabia and the United Arab Emirates. Set up in 1981, its objectives are to enhance coordination, integration and inter-connection among its members.

All GCC members are also members of the Arab League. Qatar, Saudi Arabia, Kuwait and the United Arab Emirates are prominent members of the Organisation of the Petroleum Exporting Countries (OPEC)

Union for the Mediterranean (UfM)

The Union for the Mediterranean (UfM) is an inter-governmental partnership that promotes cooperation and dialogue in the Euro-Mediterranean region through projects and initiatives addressing the three strategic objectives of regional stability, human development and economic regional integration.

The UfM was launched in 2008 as a continuation of the Barcelona Process. Along with the 27 EU member states, 15 Southern Mediterranean countries are members of the UfM: Albania, Algeria, Bosnia and Herzegovina, Egypt, Israel, Jordan, Lebanon, Mauritania, Monaco, Montenegro, Morocco, Palestine, Syria (suspended), Tunisia and Turkey. Libya is an observer. Since 2012, the EU and Jordan hold the joint presidency of the UfM.

Foreign Ministers of the UfM countries meet since 2015 in an annual Regional Forum, under the co-chairmanship of the EU High Representative / Vice President and the Minister of Foreign Affairs of the Hashemite Kingdom of Jordan. The Fifth Regional Forum was held on 27 November 2020 on the occasion of the 25th anniversary of the Barcelona Declaration. UfM Sectorial ministerial conferences were organised over the last years in the fields of Energy, Transport, Women Empowerment, Industry, Environment, Climate Change, Digital Economy, Trade, Employment, Water, and Sustainable Urban Development.

Senior Officials’ Meetings (SOMs), co-chaired by the EEAS and Jordan, oversee the activities of the UfM. The UfM Secretariat, based in Barcelona, ensures the operational follow-up of the regional priorities identified and promotes region-wide cooperation projects and initiatives that address the root causes of regional security and socio-economic challenges. The UfM Secretariat’s operational budget is financed up to 50% by the European Commission and, for the other half, by contributions from UfM member states.

EU Delegations in the MENA region

There are altogether 15 Delegations in the MENA region: 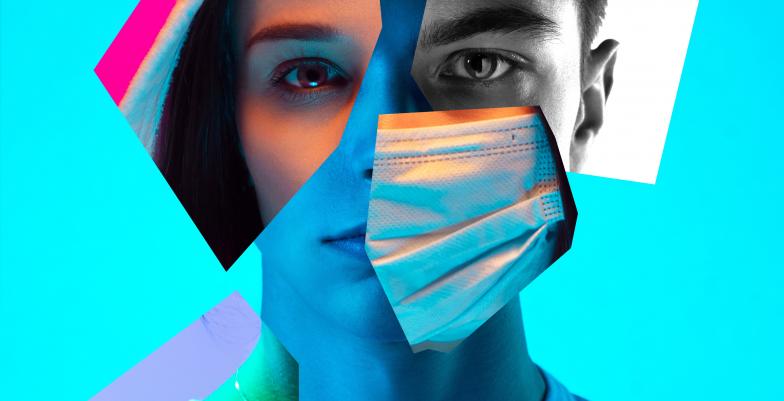 Libyan Women: A portrait of those fighting for equality 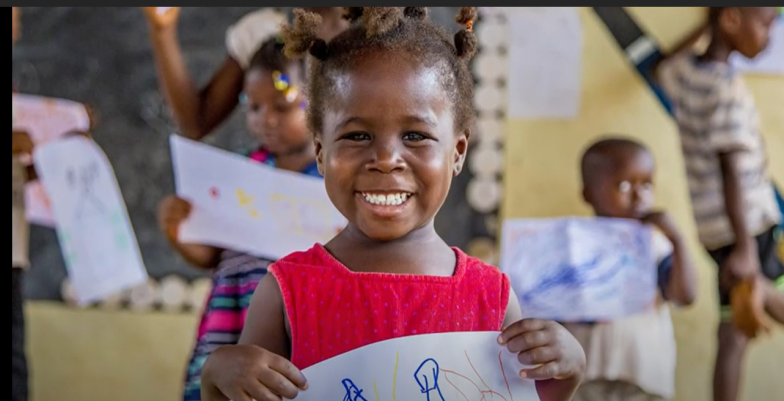 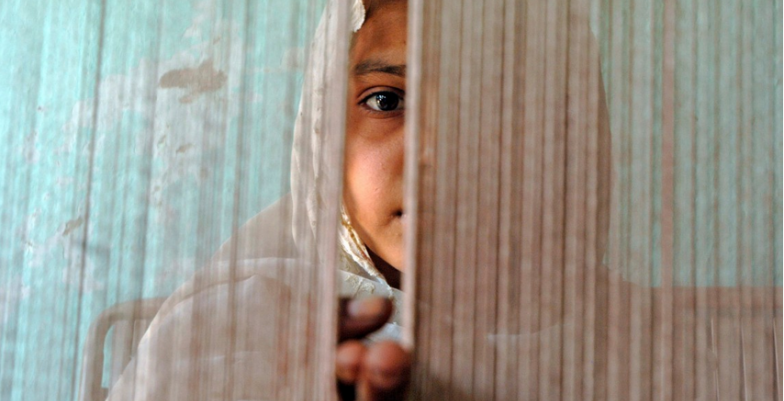 Virtual Symposium on Ending Child Labour by 2025 ‘Act, Inspire and Scale Up’ in Agriculture and Value Chains 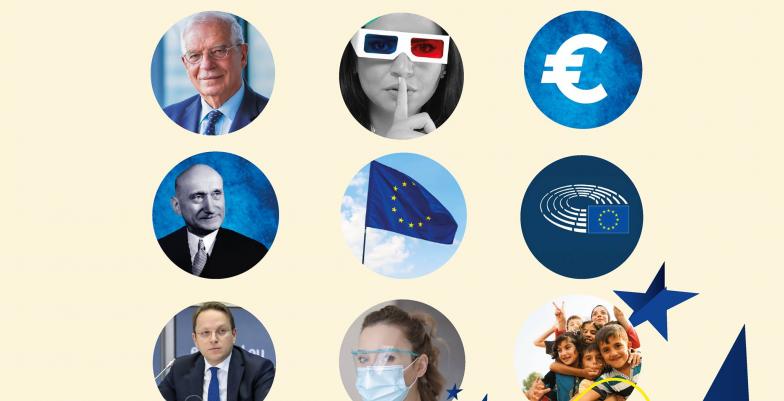 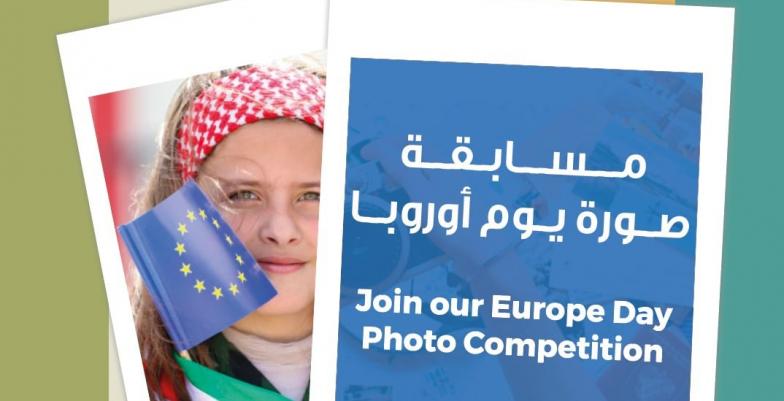 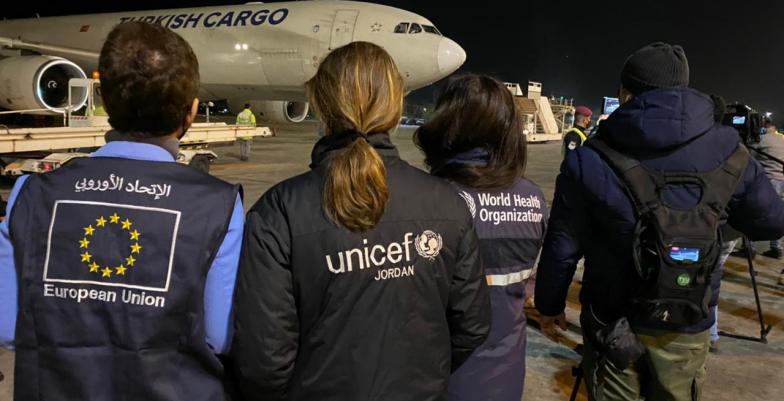