The European External Action Service was established by decision of the Council of Ministers on 26 July 2010 based on a proposal by the former High Representative Catherine Ashton.  The European Parliament had earlier adopted a resolution on the proposal by a large majority on  8 July 2010. The EEAS was formally launched on 1 January 2011.

The Lisbon Treaty laid out the way the Service would be created:

"The organisation and functioning of the European External Action Service shall be established by a decision of the Council. The Council shall act on a proposal from the High Representative after consulting the European Parliament and after obtaining the consent of the Commission."

In 2010 some important steps were taken. On 25 March the High Representative sent the Council a proposal on the establishment of the EEAS. The proposal, which followed long negotiations and discussions with the various services concerned, included detailed descriptions of how the EEAS would be composed, how its staff would be chosen and treated, and how the member states and other European institutions would be involved. The importance of the EEAS was also clear:

"It will help strengthen the European Union on the global stage, give it more profile, and enable it to project its interests and values more efficiently."

On 8 July 2010 the European Parliament passed a resolution approving this proposal whilst adding in their own comments concerning the appointing of staff, financing of foreign delegations and resolving potential disputes.

On 26 July 2010 the Council of the European Union adopted a decision that confirmed the proposal of the High Representative, with the European Parliament's amendments. The decision was effective immediately. The EEAS was officially launched on 1 January 2011.

Working with other EU institutions

The main partners of the EEAS are the European Council, where the heads of State and Governments of all EU member states meet, the European Commission which is the EU executive and the European Parliament which is directly elected by EU citizens.

The HR/VP chairs these meetings. Once policies are determined by the Council, the EEAS, where appropriate, is mandated to implement and follow up on these.

The EEAS cooperates with the European Commission on many issues – adopting a comprehensive approach for the EU's foreign policy. The whole College of European Commissioners meets once a week and in addition every month the HR/VP chairs a meeting of all Commissioners whose portfolios deal with international issues – like trade and development for example.

The EU maintains diplomatic relations with nearly all countries in the world and undertakes a range of actions with strategic partners, key international players, and emerging and developing powers. Working alongside the European External Action Service (EEAS), the European Commission’s service for Foreign Policy Instruments (FPI) is responsible for operational expenditures in the crucial area of EU external action.

A decade of EU diplomacy 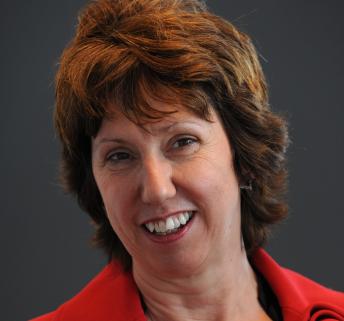 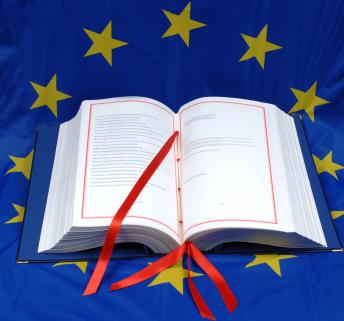 Javier Solana is appointed High Representative for the Common Foreign and Security Policy, Secretary General of the Council of the European Union. His role consists in representing the EU abroad where there is an agreed common policy 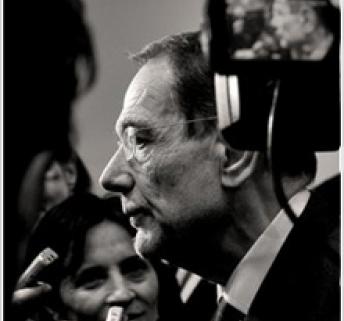 The Treaty of Amsterdam establishes the Office of High Representative for the Common Foreign and Security Policy.

The Treaty of Maastricht establishes the Common Foreign and Security Policy

The Member States approve the Davignon report on political cooperation. The objective is to get Europe to speak with a single voice on all major international problems. 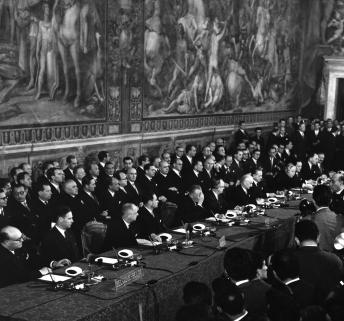