22.03.2022 Press and information team of the Delegation to DJIBOUTI

Remarks by the Ambassador of the European Union, Aidan O’Hara March 22th 2022 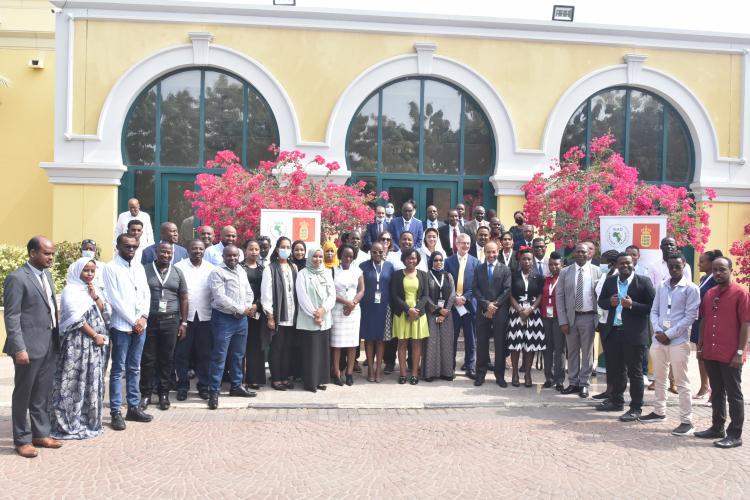 When I was here last week I mentioned how fond we are, in the European Union, of the IGAD Centre of Excellence for the Prevention and Countering of Violent Extremism and I referred to a grant of almost €1 million which we have made to the Centre.  Since then Dr. Simon has confirmed to me that the figure is, indeed, correct so I can only assume that the Centre likes the EU as much as we like it!

The European Union is very pleased to be associated with the work of the Centre and with this Forum, in particular, and we are also happy to see that Denmark, one of our Member States, is supporting the event too.

Violent extremism is insidious and I do not envy the role of the media in trying to navigate this issue.  Journalists are often caught in the middle: under pressure from the extremists to disseminate their poisonous messages and attacked by the same people, if they try to resist.  So regular reviews like this and opportunities to share best practice are essential, if the media are to maintain the professional standards they set for themselves.

Thank you, therefore, to IGAD and to the Centre for taking this initiative and creating this forum.  The media needs to be constantly vigilant and events such as these mean they can keep their guard up.  Thanks are due also to you, the media, for taking the time out to spend a few days here working on the issue.

I hope that this week you can share best practice and agree on a set of principles that allow you to maintain the professional standards you want to uphold.

Violent extremism is everywhere. It is here in the Horn of Africa and we are trying to cope with it in Europe.  Disinformation is a major concern for us in Europe as it is at the heart of efforts by both State and non-State actors to promote extremism.

Freedom of expression is a core value for the European Union but we draw the line with disinformation and hate speech.

When we talk about disinformation we mean verifiably false or misleading information that is created, presented and disseminated for economic gain or to intentionally deceive the public, and may cause public harm.

Public harm includes threats to democratic processes as well as to public goods such as our citizens' health, the environment or our security.

You have no idea, for example, how much “disinformation” we have had to deal with around COVID-19.  But disinformation does not include inadvertent errors, satire or parody, or clearly identified partisan news or commentary.  Fact-based opinion is allowed.

We work with our own Member States, with civil society and with the private sector, especially on-line platforms.

The Strategic Communications Division is raising awareness about the issue. It detects the people disseminating the “disinformation” and it supports independent media.

We also run rebuttal campaigns on a geographic basis.

EUvsDisinfo is one such campaign.

It is a geographic campaign we are running that operates in over 20 languages.  It has already had to deal with over 13,000 sophisticated attempts to spread disinformation.  They include attempts to interfere in democratic elections in our Member States and even cynical attempts to spread anti-Islamic sentiment in Europe.

Our Strategic Communications Division has been operating since 2015 but this campaign, EUvsDisinfo, was only launched in 2018.  It has 16 staff and it started out with a budget of €1 million.  Today it has a budget of over €11 million.  Some of this is spent on a programme called EU4independentmedia, which runs in a specific number of countries.

The way in which the budget for this one, specific, geographic campaign has ballooned is a reflection of just how big the challenge of disinformation has become.

I said at the outset that I didn’t envy the media today. It is tougher to be a journalist in the digital age because it is harder now to distinguish between fact and fiction.  When I was studying to be a lawyer, I had a Professor of Evidence who liked to quote literature and one of his favourites was the writer Charles Dickens.  Dickens wrote the novel, Great Expectations, in the 1860s and one of the characters was a lawyer called Mr. Jaggers.  My Professor loved to quote Mr Jaggers because Mr. Jaggers said:  “Take nothing on its looks. Take everything on evidence.  There’s no better rule.”

I hope this 19th century advice helps you tackle this 21st century threat and hope that by Thursday at 1pm you will be able to wrap up with many examples of best practice and a set of principles that will help you face down disinformation and violent extremism.