Media integrity in the age of disinformation: investing in the future of journalism in the Western Balkans

Marking the 30th anniversary of the start of the war in Bosnia and Herzegovina, amid the Russian aggression on Ukraine, the European External Action Service, in cooperation with the EU Delegation to BiH, brought together leading international journalists and young journalists from the Western Balkans to discuss media integrity in the age of disinformation. 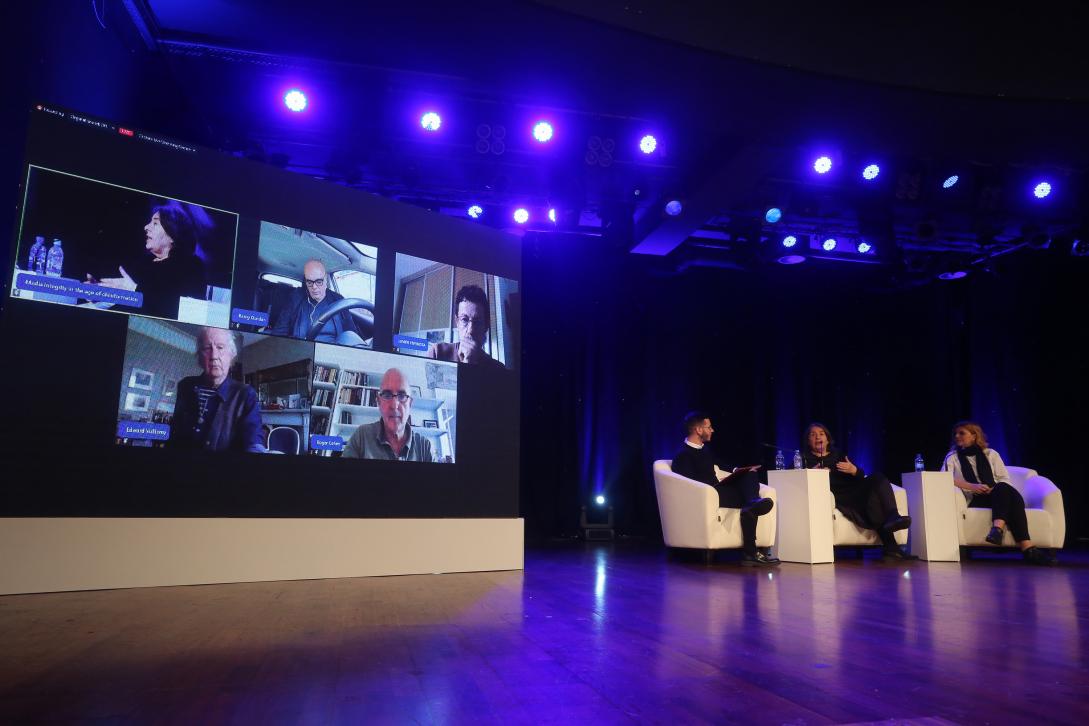 War times are testing times for media ­- this was the case during the war in Bosnia and Herzegovina (BiH) 30 years ago, and it is the case in Ukraine now, where the Russian aggression is accompanied by disinformation.

To discuss this, a panel composed by some of the most reputable international journalists, who made an inerasable mark on journalism in the last 30 years, joined the Sarajevo discussion. They connected from multiple cities across Europe: Christiane Amanpour (CNN) and Rémy Ourdan (Le Monde) from  Ukraine, Javier Espinosa (El Mundo) from Madrid, Roger Cohen (The New York Times) from Paris, Ed Vulliamy (The Guardian and Observer) from London, while Aida Čerkez (former Associated Press correspondent from BiH) and Nadina Maličbegović (Al Jazeera Balkans) were in Sarajevo together with Filip Lukic (N1 Belgrade) who moderated the discussion.

These household names in world journalism turned the event into a masterclass in journalism through sharing the essence of the journalistic craft and its challenges, especially related to reporting from war zones. They generously shared what they have learned covering many of the wars and crises of the past three decades - from reporting on the war in BiH to the current one in Ukraine.

“It was in Sarajevo where I first learned what it means to be objective. Objectivity is not being neutral if it means to create a false moral of factual equivalence or treat the victims the same as the aggressors. I learned to be truthful, not neutral.”

The future of journalism Twenty young journalists from the Western Balkans region travelled to Sarajevo to participate in this discussion, as a part of a broader study visit aiming to give them a chance to learn from top experts in the profession, but also from each other.

The event took place in Sarajevo and online on 7 April 2022. The session was streamed globally and received significant attention in local and regional media, with several TV stations broadcasting it live.