IDAHOBIT: Tackling discrimination in times of war and peace

The support of human rights of all should be a given in this day and age. Unfortunately, this is not the case. The exploitation of wrongful myths and fears leads to discrimination and persecution of lesbian, gay, bisexual, transgender, intersex and queer (LGBTIQ+) persons around the world. On the International Day against Homophobia, Biphobia and Transphobia, the European Union reaffirms its strong commitment to respect, protect and fulfil the full and equal enjoyment of human rights and fundamental freedoms of LGBTIQ+ persons. 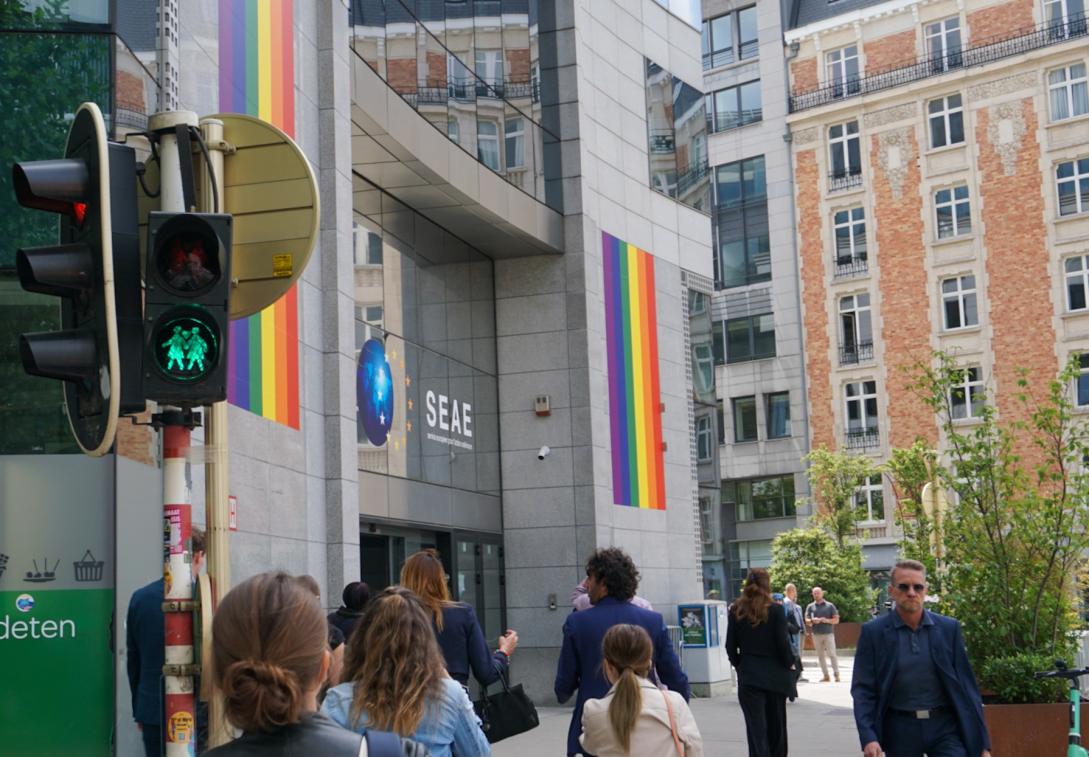 This year, war has returned to European soil. As Russian bombs are being dropped on Ukraine, millions of people are forced to seek shelter outside their homes and even flee the country, resulting in the biggest humanitarian crisis in Europe since the Second World War. LGBTIQ+ persons face particular challenges in the context of war, worsened by targeted disinformation campaigns from Russia.

LGBTIQ+ persons are one the main targets of Russian State sponsored disinformation campaigns, as part of narratives that contribute to the deployment of the invasion. Weaponised language harms LGBTIQ+ identities and creates a negative representation in society as adversaries to national and traditional values.

The EUvsDisinfo project works on the identification and denouncing of disinformation campaigns from the Russian Federation. Part of this analysis goes towards disinformation actions against LGBTIQ+ persons.

What does war mean for LGBTIQ+ persons?

The consequences of war are felt throughout all sections of society, leaving countries and nations in ruins. However, it is important to reflect on the specific impact it may cause on people that are often forgotten in the great picture of war.

Trans persons, in particular trans women, are struggling to leave Ukraine. For trans women who had not changed their documents to have their corresponding gender recognised, they may fall under martial law and stopped from living the country. Because same-sex civil partnerships are not recognised in Ukraine, LGBTIQ+ military partners cannot receive state compensation if their partners are injured or die.

Limited access to essential goods, namely medical supplies produces a direct effect. As a result, persons living with HIV have difficulties accessing their anti-retroviral medications and proper medical support, as many doctors had to flee the war.  Limited access to medication also has a direct impact also on trans persons, namely persons who going through hormone therapy, as their procedure may be interrupted.

The EU stands with all LGBTI persons and will not compromise. We will continue to speak up for the human rights of LGBTI persons. We will combat discrimination, violence and hate speech based on sexual orientation and gender identity – in times of peace and times of conflict.

To demonstrate the EU’s unequivocal stand on the defence and promotion of LGTBTIQ+ persons’ rights, the Headquarters building of the European External Action Service (EEAS) in Brussels displays two rainbow flags throughout the month of May. EU Delegations around the world are joining by raising the Rainbow flag on the 17th of May.

All year-round, the EU promotes legal, political and financial anti-discrimination measures in close cooperation with civil society. Last year, organisations and programmes for protecting and defending the rights of LGBTIQ+ persons in Myanmar, El Salvador, Honduras and the Republic of Mauritius, have been granted direct support through the Support Scheme, with a total of EUR 2.5 million. This is in addition to 12 other ongoing EU-funded projects implemented worldwide. In Bolivia, Colombia, Ecuador and Peru, an EU-funded regional project has launched a long-term training on empowerment and integral protection of LGBTIQ+ rights defenders.

In South Africa, the EU Delegation and the Department of Justice and Constitutional Development have established an LGBTI task team mandated to address human rights concerns and violations of the human rights of LGBTIQ+ persons. This model has been internationally acknowledged as a best practice.

The human rights of LGBTIQ+ persons feature in numerous human rights dialogues with countries in all regions. For instance, in the EU-Guyana and the EU-Suriname political dialogues in December 2021. The EU Special Representative for Human Rights addressed LGBTIQ+ issues in his bilateral political engagements, including country visits such as during his mission to Kazakhstan, Kyrgyzstan and Ukraine in October 2021 and in human rights dialogues. Moreover, the EU has continued its engagement in the multilateral fora through multiple configurations close to the United Nations, Council of Europe and other international organisations.

Despite all challenges that emerge, the path for respect and inclusion is being drawn. It is from the celebration of our diversity that we contribute towards more sustainable and resilient democracies.

IDAHOBIT is the International Day Against Homophobia, Transphobia and Biphobia, celebrated every year on the 17th May. On this day, in 1990, the World Health Organisation (WHO) removed homosexuality from the International Classification of Diseases and Related Health Problems. This is a landmark achievement to contribute to the recognition of homosexuality as personal characteristic and as a normal, natural and healthy part of human diversity.