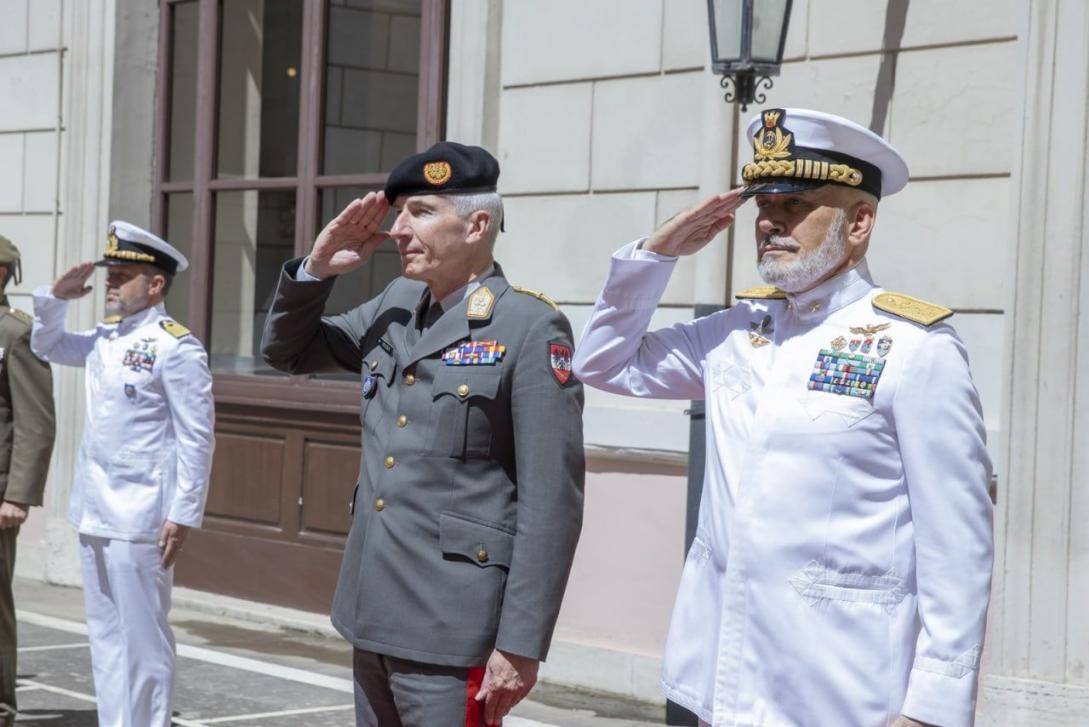 “Starting my diplomatic engagements with all Chiefs of Defences from the 27 EU Member States, I had a very fruitful visit to one of the main contributors to our Common Security and Defence Policy activities, Italy, with Rome being also the hometown of IRINI’s Operational Headquarter, a leading EU maritime security operation”.

During his 2-day agenda, Gen Brieger had the opportunity to meet with Admiral Cavo Dragone and his Deputy, LtGen Masiello, the Undersecretary for Defence, Rt.Hon. Giorgio Mule’, the Military Advisor to the Italian Prime Minister, LTGen De Leverano, the Commandant of the Joint Operational HQ (COVI), LtGen Figliuolo and his Deputy, LtGen Lanza de Cristoforis, and with RAdm Turchetto, EUNAVFOR IRINI’s Commander.

Leitmotiv of CEUMC’s interventions was the recognition of the efforts that Italy is playing on multiple EU fronts, as well as in NATO, UN and multinational activities, providing substantial contributes in a holistic and responsible approach to global security.

On their side, all political and military authorities reaffirmed Italy’s commitment in the project of a credible and autonomous EU Defence, standing shoulder to shoulder with the Union, and highlighted the need to ensure a full synergy and coherence between the implementation of the EU Strategic Compass and the one of NATO Strategic Concept.

Another relevant and recurring element of discussion concerned the importance and need to enhance the role that the EU Military Committee plays in EU’s decision-making processes, at a time when the Union is challenged with growing security and defence threats, and exercises the full power of its integrated approach.

“I have particularly appreciated the frankness, pragmatism and constructiveness of all discussions – commented Gen Brieger departing from Italy – We recognised where we are doing well and debated where we could do more, and better, as EU and as Military Committee, in particular. Nowadays, we face the most urgent need to tackle common, unprecedented security threats, including their critical second and third row effects. The Strategic Compass has set a clear and ambitious path, with precise deadlines, for EU Member States to achieve together the needed capacities, capabilities and enablers to face those challenges. We must all do our very best to meet the agreed schedule. It is a matter of credibility”.

Since May 16th 2022, Gen Robert Brieger is the Chairman of the EU Military Committee, the highest decision making body at military level, in Europe. In his function, he represents the Chiefs of Defence of the 27 EU Member States, and he is the military advisor of the High Representative of the EU, Mr Borrell.