28.06.2022 Press and information team of the Delegation to the African Union

The EU Delegation to the African Union, the European Council for Foreign Relations (ECFR) and the Institute for Security Studies (ISS) jointly organised a high-level event on 27 June in the African capital. 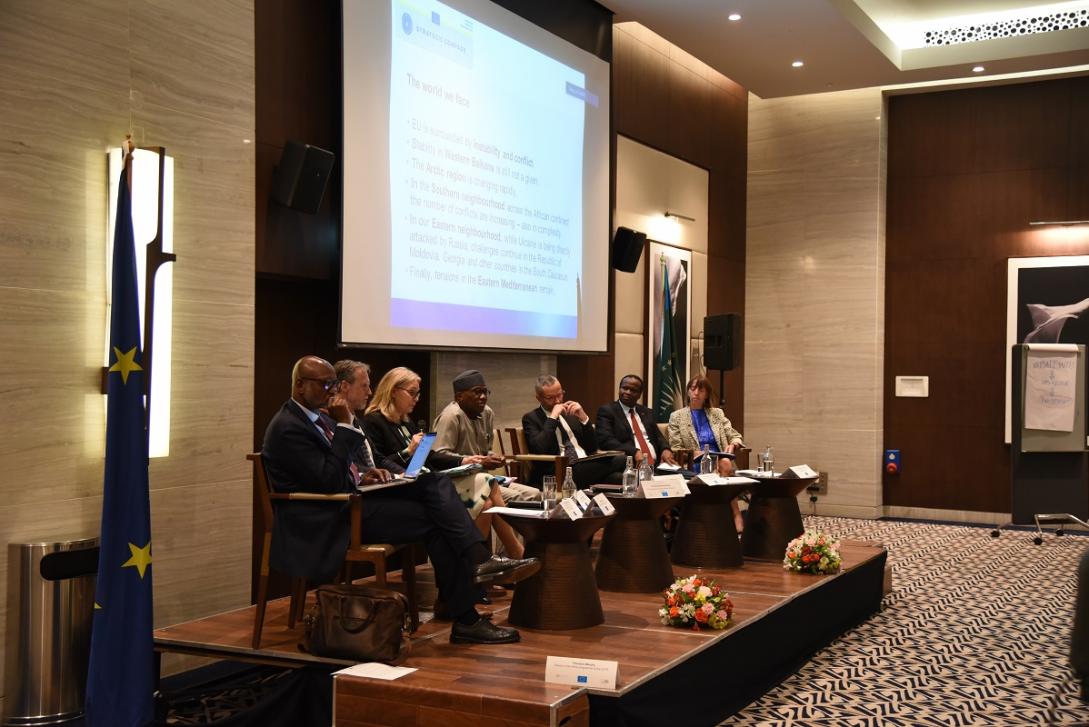 While the Russia’s aggression against Ukraine and its impacts on Africa and Europe dominated the discussions, the overall tone was positive and constructive with the speakers agreeing that Europe and Africa are bound by close ties, common values and vision, and need one another both in times of crisis and peace. The EU Ambassador to the AU placed the Strategic Compass in a broad geopolitical context, presenting it as a timely and necessary tool to enable Europe to anticipate and respond to crises effectively, together with African and other partners.

The event highlighted the importance of Europe and Africa to remain engaged in a dialogue around the challenges and opportunities brought by today’s crises. In his concluding remarks, Nick Westcott, ECFR Visiting Fellow and Director of the Royal African Society, advised both continents to remain close to each other by being honest, listening, acting jointly to respond to common problems, and by fostering people-to-people links.