In many ancient societies across the world, women have been playing a crucial role in their communities’ life and also today. Women continue to be leaders of indigenous peoples’ communities worldwide. Their daily activities span from working in the fields and gathering, trading or preparing food, taking care of the younger generations, teaching them how to preserve their natural resources, arts and crafts including weaving their typical dresses, taking care of the sick with their medicinal knowledge. In many instances, their contributions are based on knowledge and skills handed down from generation to generation. This year´s International Day of the World's Indigenous Peoples pays tribute to all those anonymous women who played –and continue to play- a decisive role ‘in the preservation and transmission of traditional ancestral knowledge’ within their communities. 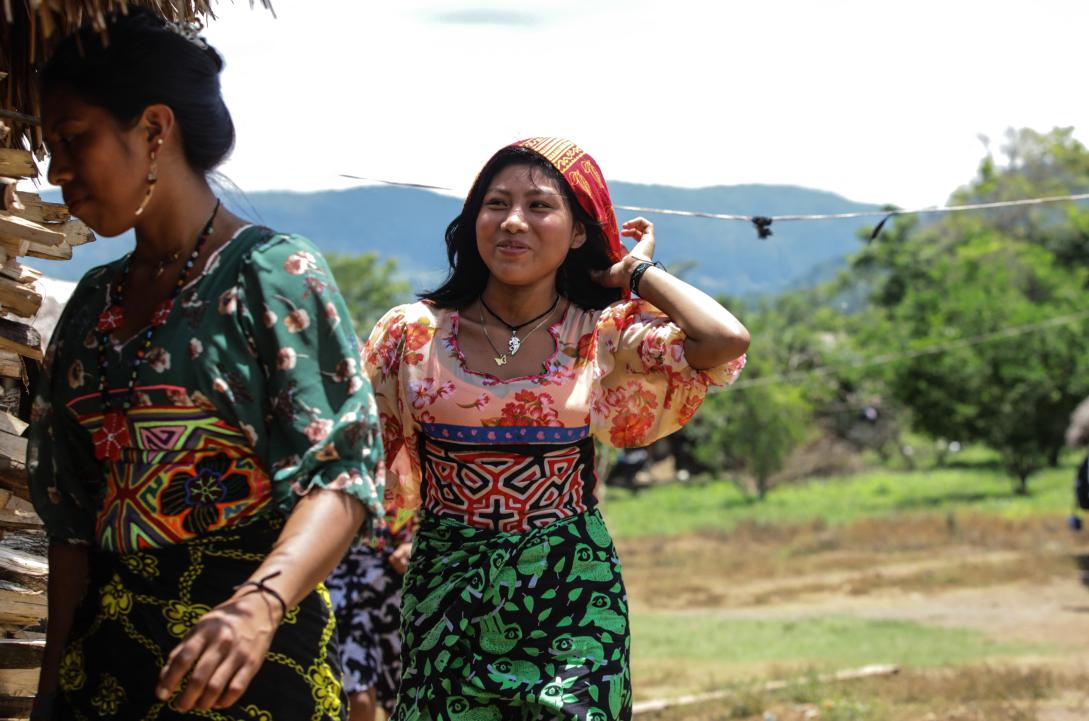 “The EU stands in solidarity with the more than 476 million indigenous peoples worldwide. We reiterate our firm commitment towards respect, protection and fulfilment of the rights of indigenous peoples as set out in the UN Declaration on the Rights of Indigenous Peoples and in international human rights law.”

As governments and transnational corporations in many parts of the world are threatening the territories and the rights of indigenous peoples, many indigenous women are also taking the lead in defending their communities. However, despite the crucial role they play as breadwinners, caretakers, knowledge keepers, leaders and human rights defenders, indigenous women often face discrimination of various kinds.

’Indigenous women particularly suffer high levels of poverty; low levels of education and illiteracy; limitations in the access to health, basic sanitation, credit and employment; limited participation in political life; and domestic and sexual violence’, according to the UN. ’Besides, their right to self-determination, self-governance and control of resources and ancestral lands have been violated over centuries’.

Indigenous women, the backbone of their communities

There are countless cases of women who are a living example of such leadership and strength.

Alicia Oliva is a young nurse and community youth leader in Santa Marta, Nicaragua. As part of the indigenous Miskito people, who live along the Wawa, Coco and Prinzapolka rivers on the Northern Caribbean Coast of Nicaragua, she perfectly summarizes the critical challenges facing indigenous peoples today:

’The ancestral knowledge of my people is under threat for many reasons: the impacts of climate change that forces Miskito families to seek other livelihoods; poor legal security over land ownership; exclusion of ancestral knowledge from conventional education; the high number of elderly people who died due to COVID-19; the need to exit their territory to find work; and discrimination and racism that lead young people to not properly value their own culture (such as their language)’, she says.

Rosa Chamorro is a social promoter of women's rights who is part of 'Resguardos de Paz', an EU-supported initiative that seeks to generate actions for community protection, defence of human rights and construction of historical memory in Colombian indigenous communities. She explains why women are so crucial for indigenous communities:

’Because we give life and we are Mother Earth, because we weave life, the role of women is very important in the indigenous world. In customary law, the teaching of ancestral knowledge has always been done by a woman", she says. “That role is what we have been strengthening and advocating for its recognition. Today we recognize that we did little to achieve equality’.

The EU co-finances dozens of projects to support indigenous communities and promote women's empowerment. One of them is project Niyat, which is co-funded by the EU in Argentina.

’You could see that the woods were very deteriorated’, says Analía Rodríguez, an artisan and female indigenous leader participating in the project. ’Many of the young people didn’t know how to take care of and respect the woods; that knowledge and respect was also being lost’.

This project aims to strengthen women to generate a new indigenous governance and to be able to participate and co-design public policy based on indigenous rights, in rural areas in the Gran Chaco region in Argentina.

‘For our handmade crafts, we go up to the woods to collect; we look at the raw materials that are suitable to be taken and we take them, but we do not destroy our forest, we take great care of it. We harvest all sorts of things to feed our children and to sell’, she explains.

Virtual commemoration of the International Day

While EU Delegations around the world are marking the day with various activities and events, the UN Department of Economic and Social Affairs (DESA) is organizing a virtual commemoration of the International Day, focusing on this year’s theme: “The Role of Indigenous Women in the Preservation and Transmission of Traditional Knowledge”, where indigenous peoples, Member States, UN entities, civil society, and the public are all invited.
Speakers will share their expertise and experience from their indigenous communities in preserving, reviving, retaining, and transmitting the traditional ancestral knowledge in various fields of communal activities, including but not limited to effective and sustainable climate solutions, use of natural resources, protection of biodiversity, ensuring food security, promoting native languages and culture, and managing indigenous science and medicine.

Indigenous peoples are today the guardians of the Earth because their women host and transmit the wisdom of how to live in harmony with nature. We should listen carefully and learn from Indigenous women around the world if we aim at saving our planet.