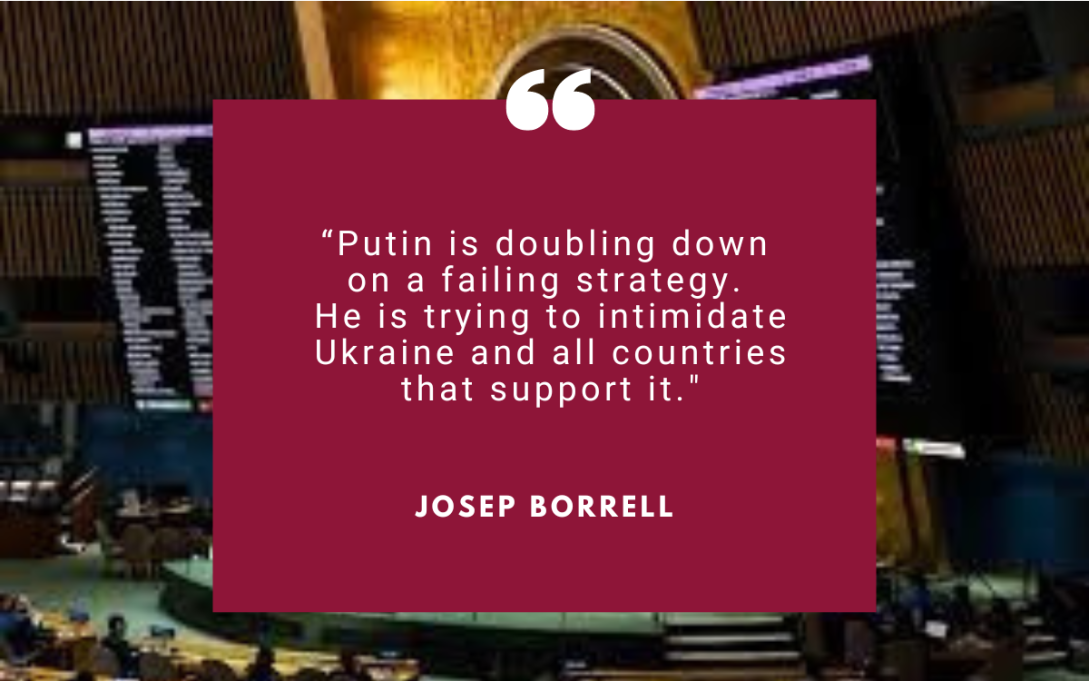 All this constitutes yet another, major escalation.

Putin is doubling down on a failing strategy. He is trying to intimidate Ukraine and all countries that support it. But fake referenda will not change the legal status of Ukrainian territory. Mobilising reservists will not mean fresh, trained and motivated troops are somehow available. Threatening with nuclear blackmail is unacceptable and it will only increase Russia’s diplomatic isolation. The threat to use nuclear weapons should alert the international community and in particular all the states which for one reason or another look with distance at this war which they believe does not concern them.

This decision to escalate is a sign of fear. We can already begin to see the reactions inside Russia, with courageous people trying to get on flights out of Russia, while they can.

The main thing is not to be intimidated. We have to stay united as EU and continue our support to Ukraine as well as the countries that support it. Putin is trying to destroy Ukraine; we must make sure that Ukraine will prevail.

This is a moment of grave danger. That is why I am convening an informal meeting of EU Foreign Ministers who are all in New York. We will discuss the latest events, reiterate our support to Ukraine and agree how we can best use the presence of so many world leaders in New York. Certainly, the UN will have to play its role. I will speak at the Security Council tomorrow on behalf of the European Union.