Next week, nations around the world will be gathering for the 76th General Assembly of the United Nations. The UNGA High-level week is a unique forum for the international community to come together and tackle global crises, threats and challenges that cannot be addressed by individual nations acting alone. 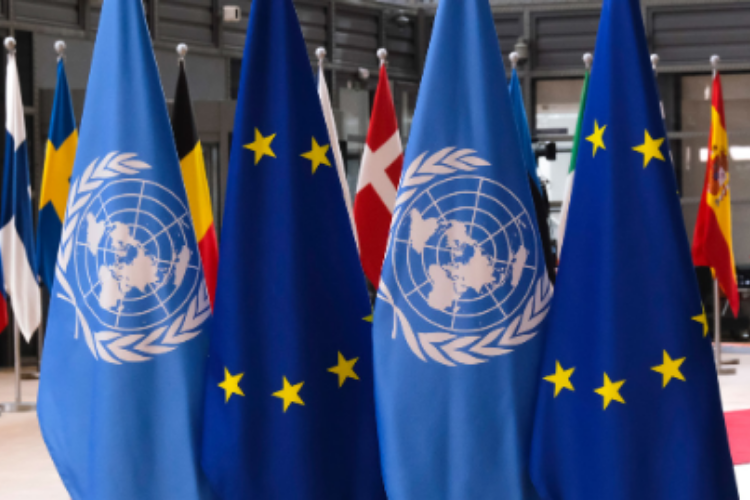 The EU and the UN are the world’s leading proponents and defenders of the multilateral and rules-based global governance system. Promoting effective multilateral governance and a United Nations fit for the 21st century is at the heart of the annual EU priorities during the 76th session of the UN General Assembly.

Next week, High Representative for Foreign Affairs and Security Policy/Vice-President of the European Commission, Josep Borrell will be in New York to participate in a large number of high-level events and meetings with world leaders at the 76th United Nations General Assembly.

The EU supports the effective implementation of the UN reforms and remains actively engaged in the follow-up process on “Our Common Agenda” initiated last year with the adoption of the political declaration at the occasion of the high-level meeting to commemorate the UN’s 75th anniversary. The pandemic is not the only issue the world faces and COVID -19 has continued to exacerbate global challenges across the world. The General Assembly is a critical opportunity for the international community to lead the way for the future. Racism, intolerance, inequalities, climate change, poverty, hunger and armed conflict all call for global action.

Building back better and greener, strengthening health systems and ensuring safe and fair access to vaccines, promoting peace and security and human rights as well as winning the race against climate change and restoring our relationship with nature and shaping the global digital agenda are the EU’s strategic priorities @UNGA76.

Climate change and biodiversity loss are existential threats to humanity. The EU has decided to double its external funding for biodiversity, in particular for the most vulnerable countries. As a leading player in the negotiations of the 2015 Paris Agreement on Climate Change, the EU is at the front in its implementation. To put words into actions, the EU has increased its emissions reduction target to 55% by 2030.  In line with the ambition set out in the European Green Deal, the EU will be climate neutral in 2050. We continue to encourage others to raise their climate ambitions and meet the objectives of the Paris Agreement.

By assisting those most in need, the EU and its Member States are at the forefront of the global response to the pandemic. 46 billion euros of financial support has been mobilised for partner countries to address the humanitarian, health, social and economic consequences of the crisis. The EU promotes global health as a public good in full support of the World Health Organisation. The EU and its Member States are among the largest contributors to COVAX, having committed over 3 billion euros to accelerate the development and delivery of vaccines to low and middle-income countries. The EU is leading the work to establish a process for an international agreement on Pandemic Preparedness and Response.

The EU stays hand in hand with the UN in response to conflicts that cause harm to civilians and threaten global security and stability. To prevent conflicts, build sustainable peace and resolve crises, the EU cooperates closely with the UN in peace processes and in peace operations. Priorities include Women, Peace and Security, enhancing conflict prevention and strengthening cooperation between the EU and the UN in the field. Preventing and tackling security risks linked to climate change and environmental degradation as well as the protection of children in armed conflict will remain a key focus for the EU.

A global system for human rights and democracy is at the heart of the EU’s commitment to strengthening multilateralism and of the EU’s leadership in supporting the rules-based international order. The EU stays at the forefront of the promotion of human rights, gender equality, and the rule of law. At a time when civic space is severely constrained in many parts of the world, the EU supports a safe and open space for civil society organisations and human rights defenders as well as journalists and media workers.

Digitalisation can amplify pre-existing inequalities if not addressed properly. For positive change, the EU will work with the UN to harness new technologies and develop adequate governance based on a multi-stakeholder approach. Building on the EU’s vision of a Digital Decade and its priority of being fit for the digital age, the EU will lead international efforts to shape the global digital agenda and build an open, free and secure digital world, in line with the Sustainable Development Goals and in accordance with international human rights law.