Since 2014, the EU Advisory Mission (EUAM) has advised on the Ukrainian civilian security sector reform in the field of law enforcement and the rule of law. After the full-scale Russian invasion on 24 February, the Head of Mission Antti Hartikainen implemented the evacuation of staff from EUAM’s Kyiv HQ and four regional field offices. All international colleagues safely left the country, and some local colleagues, permitted to do so under the martial law introduced, also joined the convoy. Now that EUAM has returned with a limited number of international staff to its headquarters in Kyiv with plans to increase its presence in Ukraine further, the situation permitting, Mr Hartikainen shares lessons from the past three months. 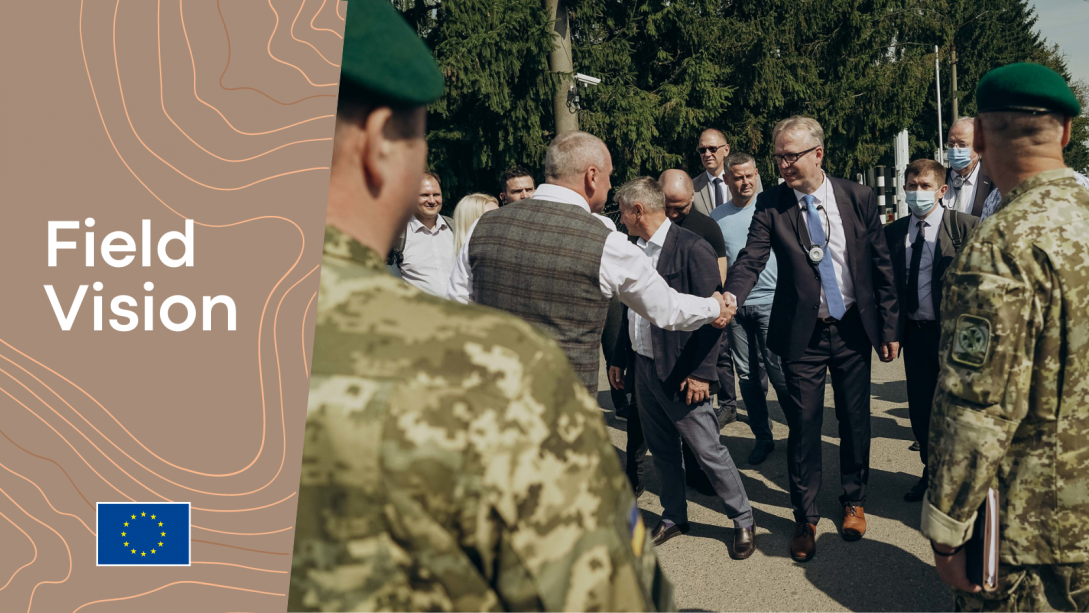 The Russian war of aggression against Ukraine has exposed vulnerabilities in our European security environment. On 24 February, when missiles and artillery first struck Kyiv and many other Ukrainian cities, EUAM Ukraine had to evacuate its international staff and part of its local staff in convoys. Thanks to contingency planning, the personnel in Mariupol and Kharkiv had already been evacuated. Also, staff numbers elsewhere had been reduced in the weeks before the invasion as a precautionary measure. At first, our convoy was heading northwest, but traffic jams and reports of Russian military action near the planned evacuation route forced us to turn to the southwest. Eventually, we arrived in Moldova, where we decided to set up a temporary headquarters.

As an EU Common Security and Defence Policy (CSDP) mission, I believe the ability to remain flexible and adapt to quickly changing environments runs deep in our DNA. As former Head of the EU Border Assistance Mission (EUBAM) in Libya, I had already experienced a country evacuation. When the Second Libyan Civil War (2014-2020) started, we relocated our mission from Tripoli to Tunis. Some supporting administrative staff remained in Tunis, but the Mission management is now back in Libya. As for EUBAM, EUAM staff showed great caution, proactivity, and composure during the entire operation.

Once established in our new but temporary office in Moldova, our team went straight back to work. Despite the situation, the Mission stayed operational, immediately refocusing its activities to support its Ukrainian counterparts.

“Since the start of the war, the European Council has revised the Mission mandate twice”

As early as the beginning of March, we initiated a border support activity, deploying teams to Ukraine’s border crossing points with Poland, Slovakia, and Romania. Their mission was to observe and advise facilitating refugee flows to neighbouring member states and ongoing humanitarian aid in coordination with the EU Delegation and the European Border and Coast Guard Agency (Frontex). The teams' work is also evolving to support the broader efforts to facilitate Ukraine’s agricultural export and bilateral trade with the EU, the so-called EU-Ukraine Solidarity Lanes.

Soon after the invasion, EUAM Ukraine also shifted its project funds to an emergency support package to directly assist partners such as the National Police of Ukraine (NPU), the State Border Guards Service (SBGS) and the Security Service (SSU). The Mission reallocated 1.6 million euros to procure emergency materials: protective and first-aid equipment and food rations. ‘PRAVO Police’, an EU-funded programme implemented by the UN Office for Project Services (UNOPS) in close coordination with EUAM, was also repurposed to provide emergency support to law enforcement and the rule of law agencies.

Since the start of the war, the European Council has revised the Mission’s mandate twice. I cannot emphasise enough our appreciation for how rapidly this took place. The decisions by the Council were prompt despite the fluidity and challenges posed by the situation. The abovementioned border support teams were established with a first mandate revision. A second amendment to the mandate provides a framework for EUAM’s provision of strategic advice, mentoring, training, and hands-on support to Ukraine’s Office of the Prosecutor General, regional prosecutor’s offices and law enforcement agencies regarding the investigation and prosecution of international crimes.

Of course, these new activities required adapting our personnel structure. Many mission members got new tasks or were reassigned across units. To carry out its new tasks on international crimes, EUAM has already identified a dozen staff members with qualifications in investigating and prosecuting war crimes and crimes against humanity. The objective is to have more than thirty additional experts from the EU Member States joining the EUAM’s International Crimes Effort the soonest to support our Ukrainian partners in delivering justice to the many victims. The additional experts will join via both a regular call for contribution and the Civilian Response Team (CRT) mechanism. Thirty-eight applications for the 13 CRT positions have already been submitted.

Here, I also have to thank the Civilian Planning and Conduct Capability (CPCC) directorate for its vital assistance in cooperating and coordinating with Brussels institutions and refocusing the activities of our mandate to meet the needs of Ukrainian partners. Their quality control allowed us to effectively tackle the new implementation challenges, such as recruiting international crime advisers.

Lastly, on 18 May, I was happy to see the return of the Mission to Ukraine, along with the EU Delegation and the many embassies of the EU Member States. Now that the Mission headquarters in Kyiv has reopened, EUAM is moving forward, and around twenty international Mission members are reunited with their Ukrainian colleagues. We will gradually return to the country over the summer, aiming to have more than 100 international experts back in Ukraine by August. We will also aim to strengthen our regional presence.

When the war started, some of our local EUAM Ukrainian colleagues were abroad, some were evacuated, and some remained in Ukraine. I am proud of how relentlessly they have all worked for their country’s benefit. As a whole, many colleagues initiated various private donations to help their Ukrainian counterparts and people in need more widely. The local staff working in the Mission’s Field Office in Lviv, in Western Ukraine, also provided vital help, coordinating and organising the delivery of these donations on the ground and assisting their international colleagues in the border support activity teams.

Overall, maintaining contact with our counterparts has been crucial to staying relevant as a Mission. We now need to decide how we can best support them in the future. Our previous engagement with the State Customs Service (SCS) was key in organising the border support activities. We were also the first institution to offer help to the Office of the Prosecutor General (OPG) regarding international crimes due to our excellent cooperation. We also supported the Foreign Intelligence Service of Ukraine (FISU) and the Security Service (SSU) by facilitating contacts to relevant institutions and services of the EU. It is now essential to deepen our cooperation in this field.

Ukraine has many security needs, and not only in the military field. Since the beginning of the Russian aggression, our partners from the Ukrainian civilian security sector have shown their indispensable role in defending their country and protecting their citizens. They commit to EU values and standards. The EU must adapt its support to meet their expectations.

EUAM Ukraine will stand and work together with Ukraine towards the common goal of moving the country ever closer to the EU and for Ukraine to become an independent and prosperous state with its people enjoying freedom, peace, human rights and the rule of law.

Head of the EU Advisory Mission

EUAM Ukraine’s mandate in a nutshell

In December 2014, the EU Advisory Mission Ukraine (EUAM Ukraine) was created, and international advisors were brought to the country from Europe. The Euromaidan Revolution of Dignity in 2013-2014 aggravated the distrust of the Ukrainian public towards government and security forces following a series of violent events involving protesters, riot police, and unknown shooters in the capital Kyiv. The Ukrainian government reached out to the EU for support to reform law enforcement and the rule of law institutions and re-establish trust with the Ukrainian people.

Since then, EUAM has worked closely with its Ukrainian counterparts to implement a sustainable reform of the civilian security sector, providing strategic advice and practical support for specific reform measures following EU standards and international principles of good governance and human rights.

In light of Russia’s war of aggression against Ukraine, the EU member states amended EUAM’s mandate. The Mission now supports law enforcement agencies at the borders to facilitate refugee flow, humanitarian aid, and agricultural exports. EUAM also supports the rule of law institutions to carry out the investigation and prosecution of international crimes.