Ms Nereah Amondi Oketch, the winner of the EU-funded Kenyan reality TV series 'Ms President', is coming to Brussels from 17 - 21 November, together with four other finalists from this highly successful show broadcast on Kenyan television. In the TV-series 71 women competed for the title of 'Ms President'. The-TV series raised awareness of the leadership role that women can and should play in society. It ended this summer with the crowning of the first Kenyan ‘Ms President’. 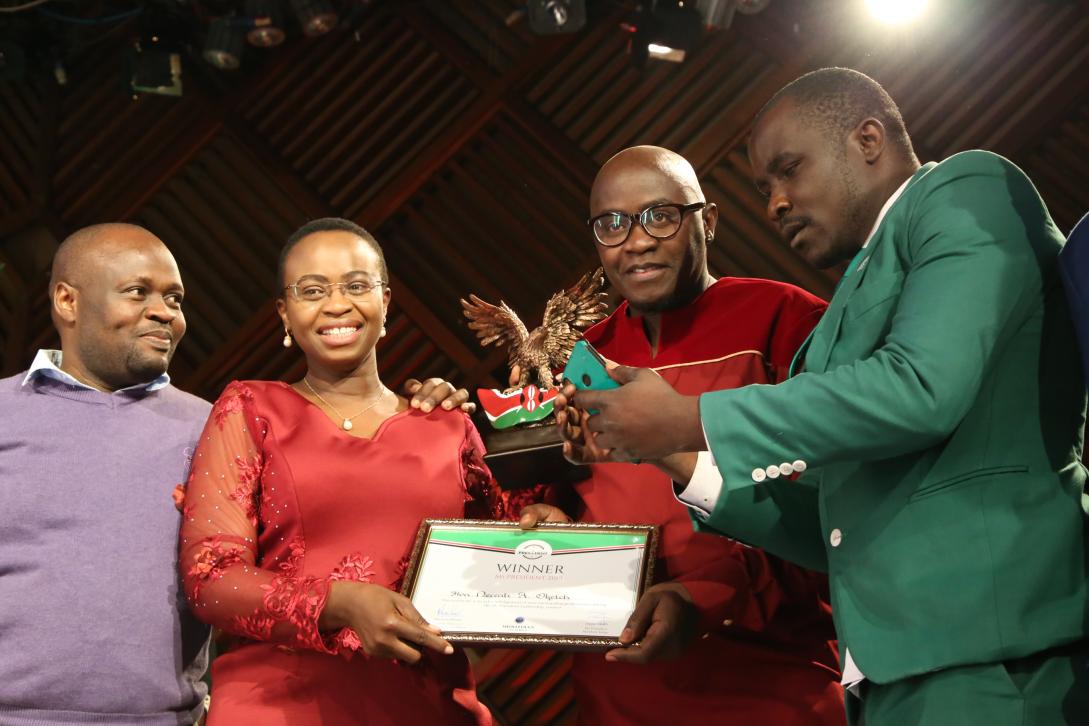 During their visit in Brussels, the five women will meet high level EU representatives, including High Representative/Vice-President Federica Mogherini, and civil society organisations.

'Ms President' gave women across Kenya a unique opportunity to display their leadership capacity and ability.

The TV show successfully promoted the role of women in political life and made it clear to the entire nation which leadership role women should play in effective nation building. The show also aimed to empower women and girls to become key players in preventing the spread of violent extremism and radicalization.

An audience of millions

The show has been an impressive success both in quality and quantity, reaching an audience of 3.5 million viewers per episode. In July 2019, the Kenyan women leaders even met with Kenyan President Uhuru Kenyatta.

'Ms President’ started with around 1000 applicants out of which 71 were selected to go through a series of tasks and challenges during the 26-episode series. The TV show was produced by Media Focus on Africa. Funded by the European Commission’s Service for Foreign Policy Instruments, the project benefitted from additional support from High Commission of Canada in Kenya and Hivos.

Watch the first eposide of the show

Behind the scenes - Casting...