Meduza - Josep Borrell: "You should only blame the Russian government for the consequences of the sanctions"

"We make a clear difference between the Russian people and the Russian regime. Putin’s regime is one thing, the Russian people are another. Russia is a great country and what is happening is a tragedy for Ukrainians, but also for Russians." says EU High Representative Josep Borrell in an interview with Meduza. 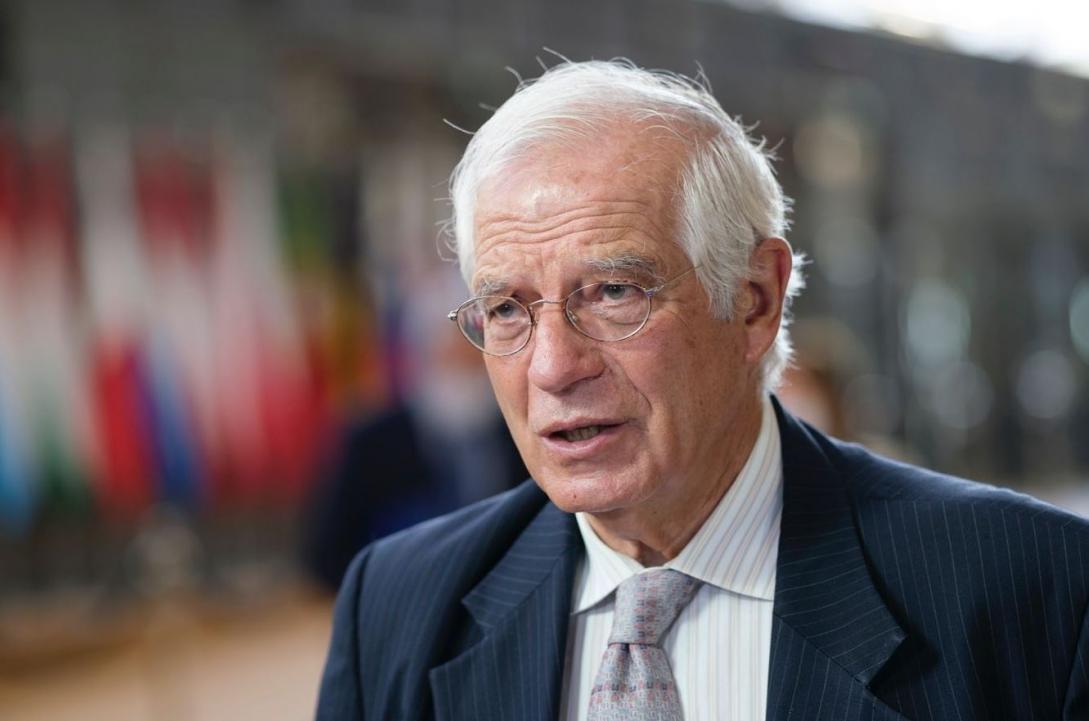 Meduza: European Commission President Ursula von der Leyen has declared that the European Union wants to see Ukraine in its ranks. Some eastern European countries have supported a quick adhesion of Ukraine to the European Union. In your opinion, would this be possible in the near future?

Borrell: We have with Ukraine the strongest and most comprehensive association agreement, which includes visas and a free trade agreement. We have been working a lot with Ukraine to bring Ukraine closer to the European Union; from energy grids to the single market, we are preparing everything. And certainly, Ukraine is part of the European family. It’s one of us, it belongs to the European family. We want Ukraine. We have been working a lot since quite a number of years to prepare Ukrainian society, economy, institutions in order to be able to advance on the European path. It’s not going to be a matter of a day, a month, or a year, adhesion is always a complex process. It took my country, Spain, years after the death of Franco. What is important is to belong to a way of living: democracy, free market, human rights.

Meduza: What about the fast-track procedure that President Zelenskiy has mentioned, are there options for Ukraine to obtain this accession in a few days, weeks, or months?

Borrell: You know, we have clear processes at the European Union for accessions. It is true that this morning we received an official request. Now this request has to go to the Council, then Member States have to study it, and then the Commission has to issue an opinion. This is the procedure and this is what is going to be followed.

Meduza: How long can it take to have this consensus for Ukraine?

Meduza: My next question is about these new, very strict [EU] sanctions. Do you have any regrets that you didn’t implement these or other sanctions before, rather than after, the Russian aggression? Could these sanctions have prevented Putin from conducting this aggression?

Borrell: With sanctions, you sanction a behaviour. Sanctions in themselves are not a policy, they are a way of obstructing a conduct. So we always say that sanctions will be taken according to what happens, not just by launching ideas. Sanctions are adopted in the framework of the rule of law, they have to be legally justified, because one can go to court and ask for sanctions to be considered illegal. So we did what we had to do, prepared the package and launched it immediately after something happened that certainly justified the decision. This is the decision-making process.

Meduza: Do you think that the West, Europe, has done everything to stop Putin in previous months?

Borrell: Since the beginning of the crisis, we have been supporting Ukraine with all means that we have. The European Union is not a military organisation, the European Union is a peace force that tries to bring along changes through trade and through the implementation of human rights, the rule of law, civilian instruments. You cannot ask the European Union to take militarily action as if we were some kind of European NATO. From the point of view of capabilities, we have been mobilising everything that we could. In the past days, when we saw the enormous aggression against Ukraine, we took further steps and decided to support the Ukrainian army by providing arms in order for them to continue the fight.

Meduza: Mr Olaf Scholz, the German Chancellor, said on Sunday that this is Putin’s war, not the war of the Russian people. Do you agree? Some of the sanctions that have already been implemented are having a very strong, negative impact on the lives of ordinary Russians. Do you think the Russian people bear some responsibility for this war started by the Russian government?

Meduza: You have totally banned, for example, flights from Russia. This means that Russians who want to escape Putin’s regime have almost no opportunity to flee to Europe. Is this ok, from your point of view?

Meduza: Are you preparing measures to help those Russians who want to escape, ordinary people who don’t support this aggression? They are now in a very dangerous situation in Russia.

Borrell: We are trying to support Russian civil society, the people and organisations that are resisting Putin’s government. We have been offering them support and we would like to continue supporting them, but Putin’s regime creates a lot of difficulties as soon as we try to support free press, independent media, civil society organisations. They are considered foreign organisations, they are jeopardised and suffer repression. So we have the will to support Russian civil society in its rights to be free, to spread its opinion, to demonstrate, to have free media, free speech. But all this is very difficult due to the strong constraints from the Russian government.

Borrell: What kind of problems?

Meduza: Problems of communication with Europeans. Do we, Russians, need to feel some responsibility for the situation in your opinion?