EUCAP Somalia advises on an update of the Puntland anti-piracy law that could prevent acts of piracy in the planning stage and protect witnesses. Since its establishment in 2012 the civilian Capacity Building Mission EUCAP mentors and advises Somali counterparts on rebuilding Somalia’s maritime civilian security capacities. 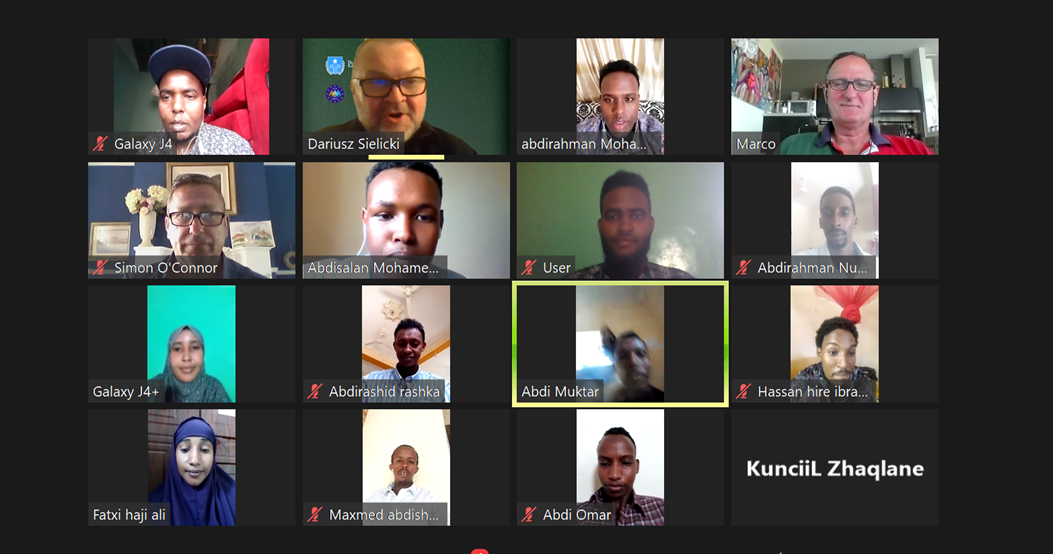 Supported by the civilian capacity building Mission EUCAP Somalia, the Puntland Ministry of Justice, Religious Affairs and Rehabilitation hosted recently an online webinar on a draft revision of the Puntland Anti-Piracy Law, as part of a consultation and review process that aims to bring the existing law up to international legal standards.

As a coronavirus precautionary measure the seminar was held as a webinar.

The revised law was drafted by Somali nationals working in the Ministry of Justice, with the support of EUCAP Somalia legal advisors.

The webinar is the second consultation event following presentation of the revised law to key ministries in Puntland, which took place in March 2020 at a conference organised by the Ministry of Justice, with the support of EUCAP advisors.

EUCAP legal advisor, Dariusz Sielicki, said that bringing the existing anti-piracy law up to international standards, while ensuring compliance with Sharia law, would be crucial for Puntland to deal effectively with maritime crimes.

“The current definition of piracy in the existing law is too narrow and the existing criminal procedure also does not allow for modern investigative techniques, that could prevent attacks before they start,” he said.

Ayan Abdirzak Jama, one of the Somali nationals who drafted the law, said she believed it would be a step forward in protecting Puntland from piracy. “This law will mean law enforcement officials will be more empowered than they are now to investigate and prosecute pirates,” she said.

It is aimed that further legislative and consultative processes led by the Ministry of Justice, Religious Affairs and Rehabilitation will take place before the draft bill can be finalised and brought before the Puntland Parliament for review and approval.