Restoring security and lasting peace in Mali is of crucial importance to Africa and Europe. EUCAP Sahel Mali is an important element of the regional approach taken in the European Union strategy for security and development in the Sahel and for the European Common and Security and Defence Policy (CSDP). 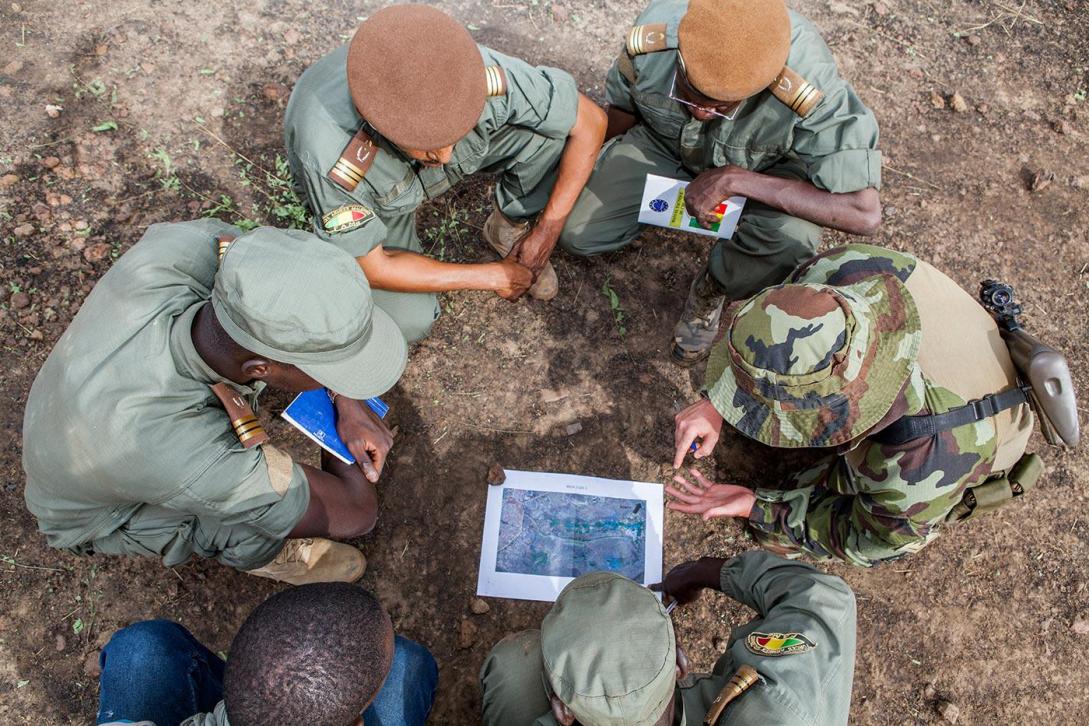 In 2012-2013, the crisis in Northern Mali left large parts of the country under the control of various armed factions. While a peace accord was reached in 2015, government control has not been restored in all areas and stability remains fragile. In recent years, the security crisis has shifted in nature and moved towards the Centre of the country. Intercommunal conflict, religious extremism and criminal activities, linked in some cases to illicit trafficking, are at the origin of most security incidents. The crisis has highlighted the need to improve governance and institutional capacities to enable the people of Mali to exercise their rights in full, including the right to security and justice.

Restoring security and lasting peace in Mali is of crucial importance to Africa and Europe. EUCAP Sahel Mali is an important element of the regional approach taken in the European Union strategy for security and development in the Sahel and for the European Common and Security and Defence Policy (CSDP).

In addition to the action already undertaken in Mali by the military mission EUTM, and in close coordination with other international partners, EUCAP Sahel Mali collaborates with other CSDP actors in the region, like EUCAP Sahel Niger and EUBAM Libya. EUCAP Sahel Mali is also supporting the regionalisation of CSDP actions for the G5 Sahel countries.

EUCAP Sahel Mali provides assistance and strategic advice to the Malian Interior Security Forces (Police, Gendarmerie and National Guard) in the implementation of the Security Sector Reform initiated by the government, with a view to:

Its non-executive mandate includes two main pillars: Strategic advice and Training, responding to the operational needs of the three Malian Interior Security Forces: the Police, the Gendarmerie and the National Guard.

In this regard, the Mission coordinates its actions with other international partners, such as the European Military Training Mission (EUTM) and UNPOL, the police component of the UN peacekeeping mission in Mali MINUSMA. EUCAP Sahel Mali further provides support to relevant Ministries and Forces and assists them in the different regions of this vast country. The mission has formed, within its coaching activities, a Mobile Unit focused on the centre of the country.

The mandate of the Mission has been extended until January 2021. In addition to existing priorities – Human Resources management, counter-terrorism, organized crime and border management – support will also be given to logistics management, and there will be an increased focus on “train the trainers” in order to increase sustainability. Training and advice will be strengthened by follow-up activities in the units, in order to ensure coherence and effectiveness of EUCAP support The Mission staff is made up of 227 people, 158 international and 69 national.  They assist the Malian authorities in reinforcing the internal security sector in order to protect the local population. The headquarters of EUCAP Sahel Mali are based in the capital Bamako. Regular field missions to the center of the country also allow remotely deployed security forces to benefit from the Mission’s assistance. At present, 18 European Member States and 3 Partner States contribute to the Mission’s objectives. Part of the Mission is also the Regional Advisory and Coordination Cell (RACC), which coordinates training requests by the five Sahel countries and which is located in Mauritania.

#FieldVision | 'Organised crime and terrorism find fertile ground in fragile environments like in the Sahel. Our task is not an easy one.'

"THE SITUATION HAS CHANGED A LOT IN TERMS OF MILITARY JUSTICE"