EU scales up humanitarian assistance to victims of Lombok earthquakes 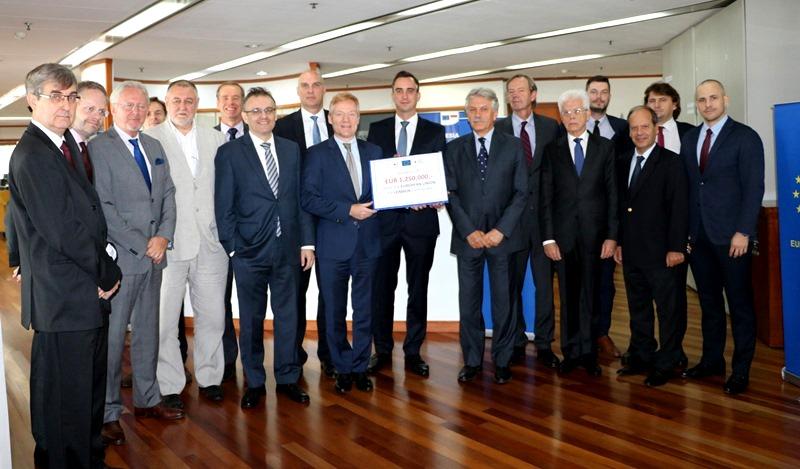 EU scales up humanitarian assistance to victims of Lombok earthquakes

The EU has announced a further €500,000 to step up its emergency response to meet the most pressing needs of those affected by the devastating earthquakes that struck the Indonesian island of Lombok in late July and early August. The latest allocation comes in addition to the initial €150,000 delivered earlier this month, thus bringing the EU's budget contribution to €650,000.

The EU humanitarian funding is to complement the response of the Indonesian government and will focus on the most vulnerable groups and communities in the affected area. The EU aid will support the International Federation of Red Cross and Red Crescent Societies (IFRC) in providing relief assistance and protection to the most vulnerable among the affected population. It will directly benefit 80,000 vulnerable people in some of the worst-hit localities in North East and West Lombok districts. The aid will also assist the IFRC in reuniting families that were separated by the earthquakes.

“We stand by the Indonesian people affected by the recent earthquakes in Lombok", said EU Commissioner for Humanitarian Aid and Crisis Management Christos Stylianides. "This additional contribution will provide crucial support to those in need and ensure that the most vulnerable among the affected people have enough means to cope through this difficult time,”  said Stylianides.

As of 13 August, at least 390 people were killed and more than 1,300 injured when two major earthquakes of magnitude 6.4 and 6.9 respectively hit the popular Indonesian resort island over the course of one week. The tremors ravaged more than 67,000 homes, leaving over 300,000 people displaced. Extensive damage to a number of public facilities and major infrastructures, such as health facilities, power supply lines and main roads has been reported, causing constraints to accessing some of the affected areas.

The EU funding is made available by the European Commission’s Civil Protection and Humanitarian Aid Operations (ECHO) using the Acute Large Emergency Response Tool (ALERT), which aims to respond to the immediate needs of the most vulnerable in the hours and days after a sudden-onset large-scale emergency or a new humanitarian crisis.

In addition, the Netherlands and Spain have provided €500,000 and €100,000 respectively which brings the collective EU support to €1,250,000. The Indonesian Red Cross Society (PMI) is the beneficiary of the funds which have been channelled through the International Federation of Red Cross and Red Crescent Societies (IFRC). Strong earthquakes rocked the island of Lombok between the end of July and the beginning of August. They were followed by almost 600 aftershocks, including some strong ones of up to 5.9 magnitude. The tremors affected five districts across the island, including the provincial capital and the largest city of Mataram. The worst-affected districts so far have been East Lombok and North Lombok. Casualties are expected to increase as search and rescue operations continue.

The EU funding is being made available through the Acute Large Emergency Response Tool (ALERT). The ALERT allows the EU to provide rapid first-line funding for the immediate response to sudden-onset large scale natural and technological disasters. It facilitates the immediate response of humanitarian actors that are on the ground or that can be deployed rapidly. The target population of ALERT funding is vulnerable people affected by disasters where there are unmet humanitarian needs and who are severely affected by fast-onset large scale disasters. The ALERT is intended to respond to the first humanitarian needs following a disaster, which are likely to be in sectors including food assistance, health, water, sanitation, shelter, non-food items, nutrition, emergency livelihoods support, emergency rehabilitation of basic infrastructure, support to emergency communication, logistics and co-ordination.