From land to the sea: How the EU is working for safer and cleaner oceans

With 60% of the oceans relying outside nations jurisdiction, ensuring good governance at sea and securing the maritime domain becomes a challenge for every international actor. With a revised Action Plan and a Maritime Security Strategy under the umbrella of the Global Strategy, the EU has been working closely with international partners towards a safer maritime environment and a sustainable use of its resources. 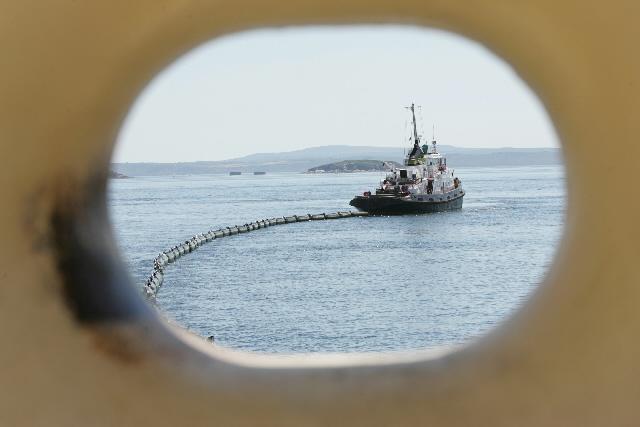 In an open space, where freedom of navigation is ensured and no complete ownership prevails, the UN Convention on the Law of the Sea (UNCLOS) was the first form of international law for the oceans governance. Signed in 1994 by 157 countries, UNCLOS addresses from border delimitation to commercial routes, from fisheries to research, setting common grounds to navigation and drawing on pillar rules to protect the oceans natural resources.

This was a cornerstone to launch the basis of UN’s 2030 Agenda for Sustainable Development and has served as EU’s framework for policymaking. The adoption of the Integrated Maritime Policy by the EU aligns internal policies under its umbrella and serves as basis for external cooperation.

Since the sea itself is a shared space and Illegal, Unreported and Unregulated fisheries (IUU), pollution or over exploration of resources represent common challenges, they must be addressed jointly.

In 2016, the EU has adopted an agenda for the future of our oceans to improve international governance of the seas, promote blue economy and strengthen research. This was encompassed by a strategy to boost growth, €350 million investment in research and, recently, a 23 steps commitment to improve the conditions at sea. Presented during 2018’s Our Oceans conference in Bali, these new initiatives, from Research to seafloor mapping and funding to make EU’s blue economy more sustainable, are a symbol of EU’s determination to make the oceans cleaner. One of the commitments entails close work with the UN Environment Program and cooperating with South-East Asia on fighting marine litter.

A great part of EU’s climate agenda, the maritime domain has also been included in the security one with the adoption of the Maritime Security Strategy (EUMSS) and Action Plan in 2014. In a world of transnational threats, whereas the perception of security embraces Development challenges, climate, peace and human rights, the oceans have come to assume a strategic role in long- term stability.

The 2008 crisis in the Horn of Africa is an example of that. In the absence of a recognized government in Somali, organised crime prompted piracy attacks offshore targeting core trade routes; hijacking commercial and aid vessels; and kidnaping crew members for ransom. This had an impact not only on aid deliver but on local economies and livelihoods, international trade and, ultimately, growth and development in the region.

In the aftermath of the UN Security Council Resolution of 2008, the deployment of EU’s first naval operation, EU Naval Force (EUNAVFOR) Atalanta, became a valuable asset in addressing these threats. Atalanta has contributed to the decrease in the number of pirate attacks and the capacity building of local forces. Since October 2016, no hostages or vessels have been held and from 176 attacks in 2011 and only 4 four failed attacks were recorded in 2018.

Drawing partially form that experience, and understanding the need of taking a holistic approach to maritime security threats under the light of new global challenges, the EU has recently revised the EUMSS’s Action Plan .

In the words of the High Representative / Vice President Federica Mogherini, the Action Plan “promotes international cooperation, maritime multilateralism and the rule of law at sea, in line with the strategic priorities identified in the EU Global Strategy".

This is in line with EU’s action in the face of the escalation on piracy attacks at the Gulf of Guinea.

Under the umbrella of the “Strategy for the Gulf of Guinea” and Action Plan, adopted in 2014, the EU has been supporting  regional authorities from the Economic Community of West African States (ECOWAS), the Economic Community of Central African States (ECCAS) as well as the Gulf of Guinea Commission (GGC) to implement the  Yaoundé Process, a regional maritime architecture that builds on information sharing; reporting systems; and capacity building.

Capacity building is also at the core of the Civilian CSDP Mission EUCAP Somalia, that contributes to maritime security capacity-building in the country, including Somaliland, through strategic advice, mentoring and ad-hoc specialised training. This is done in coordination with a range of international partners, including the UN, AMISOM and IGAD and third countries acting in the region, like the Unites States. Both civilian and military operations are part of EU’s comprehensive approach to maritime security that aims not only at countering piracy at sea but addressing the root causes of the problem.

The EU acting for our world’s oceans

The EU and international ocean governance

Joint communication: International ocean governance agenda for the future of our oceans