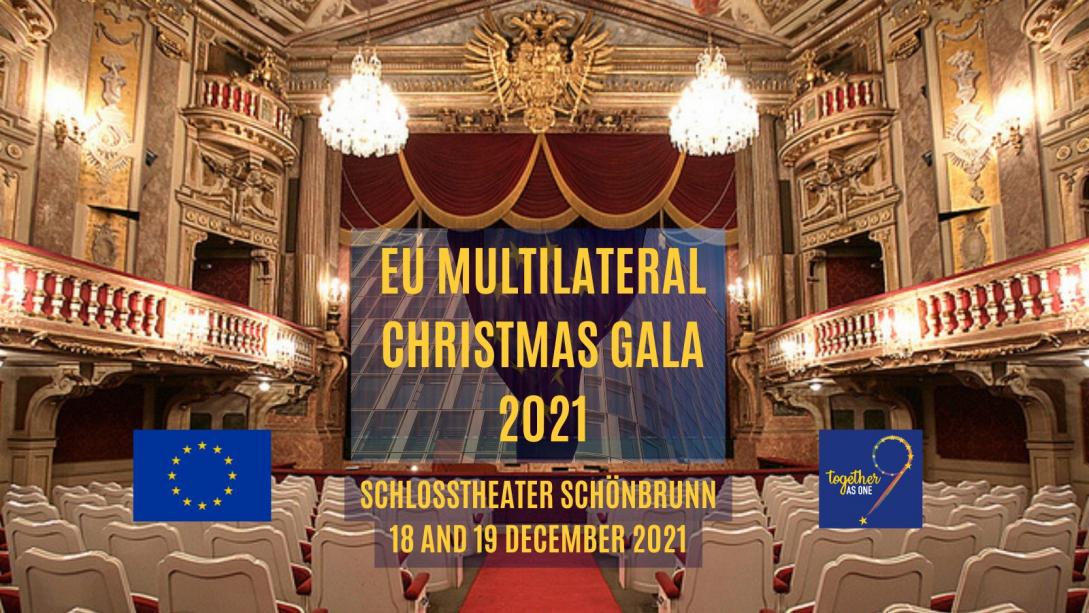 LIVE-STREAM here under or on the following platforms:

The year 2020 marks not only the 70th Anniversary of the Schuman Declaration and the 75th anniversary of the United Nations but also the celebration Beethoven's 250th Birthday. These celebrations were highlighted by EU Delegation in Vienna on 9 May through the live streamed Europe Day “TOGETHER as ONE” virtual event (https://eeas.europa.eu/delegations/vienna-international-organisations/79393/together-one-live-stream-final-cut_en).

This event, which included a performance of a unique arrangement by Konstantin Wladigeroff of Beethoven’s 9th Symphony by 9 different artists from different genres, was a big success; hence the decision of the EU Delegation in Vienna to organise a follow-up live gala concert in December as part of the “Multilateralism at Work in Vienna” and “UN@75” campaign, in collaboration with the German Presidency of the EU Council, the City of Vienna's "Wien Beethoven 2020" campaign, the City of Bonn's "BTHVN2020" campaign as well as with BOZAR in Brussels, who will screen the concert on Christmas day on their website and social media platforms (link will be added closer to date).

The year 2021 will also mark the 10th anniversary of EEAS and this Gala event is the ideal way to make the transition of a year of UN75 outreach activities and start with the series of EEAS10 events of which the Gala will be the first of EUDEL Vienna activities.

“TOGETHER as ONE” – The Story Continues

To build on the success of the Europe Day “TOGETHER as ONE” event and to yet again celebrate Multilateralism as well as European unity and solidarity, the artists from Europe Day event will now be brought together to perform live at a concert.

At the Europe Day “TOGETHER as ONE” event, which took place in the “virtual world”, the 9th Symphony of Beethoven was performed during 9 minutes by 9 artists from different genres connecting from their homes by means of a virtual artistic relay race and orchestrated by Austrian musician Dominik Nostitz. Pre-recorded arrangements were also prepared and shown in the live stream.

The upcoming concert on 19 December, the artists will, for the first time, have the opportunity to perform this special and unique arrangement of the 9th Symphony live and together at Schlosstheater Schönbrunn in Vienna. However due to the second wave of COVID -19 and the restrictions, which need to be taken into account for the organisation of live events with an audience, these live performances will only be brought in LIVE-STREAM and WITHOUT a live audience.

With the Europe Day “TOGETHER as ONE” event as a foundation, the December concert will serve as a continuation of the success story and also send the message that multilateralism is the key for development and the only right way of finding solutions to global crises.

The live event will be live-streamed on platforms such as YouTube, Facebook, Instagram, Twitter and EU Delegation’s website and on the EEAS, EU MS, BOZAR's and other partners' platforms. A recorded version of the event will stay available after it has been shown live.