Being a refugee in the midst of a global pandemic

Vulnerable populations, including refugees, are at the heart of the Team Europe response to the COVID-19 crisis. On World Refugee Day 2020, the EU reaffirms its commitment to a world where nobody would need asylum 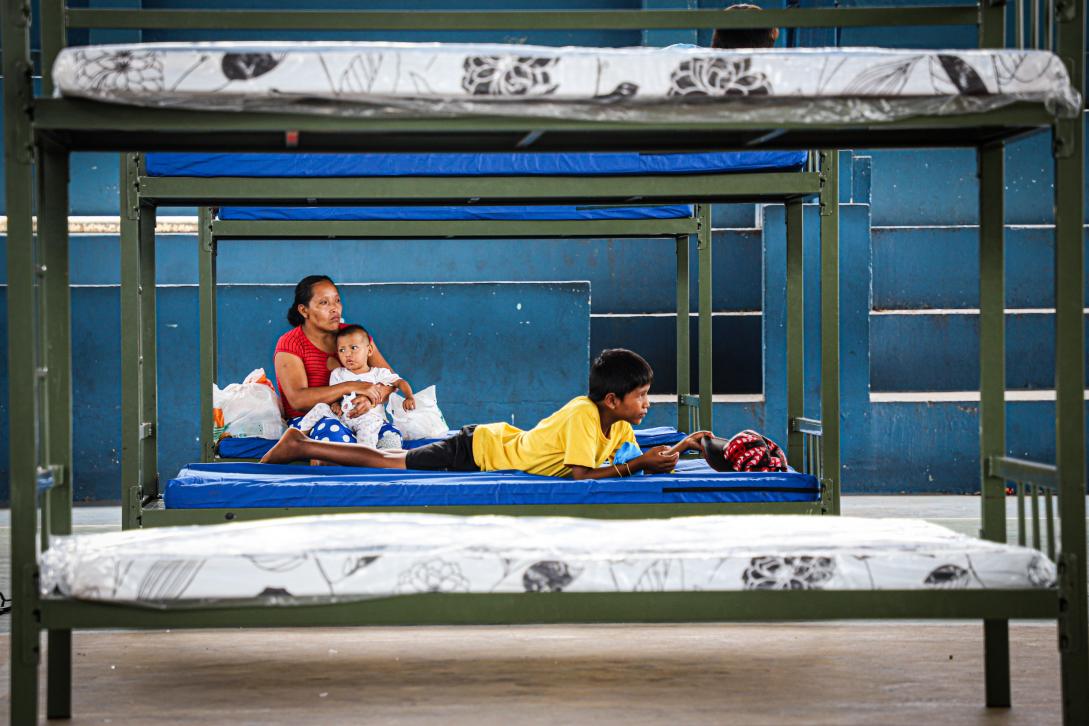 Imagine that you have been forced to leave your home, and in the middle of your route to safety, they close the border you had to cross to find asylum. A great pandemic has broken out and you find yourself in the middle of nowhere, deprived of your livelihood, exposed to discrimination and xenophobia from the locals, and at high risk of being deported back to your country, where you will be persecuted. Stop imagining… this has been the reality for many in the last months.

“This year, World Refugee Day comes at a time when the world is facing a global pandemic that has already cost the lives of thousands of people and is affecting the livelihood of millions more. The struggle is even harder for refugees, internally displaced persons, migrants and stateless persons”, reads the statement jointly issued by the European Commission and the High Representative Josep Borrell to mark the date.

By the end of 2019, the number of people who had to leave their home totalled to almost 80 million, of which nearly 26 million were refugees and 4.2 million were asylum seekers. Additionally, there were around 45.7 million internally displaced. This means that about one person is displaced every two seconds because of conflict or persecution. Turkey, Pakistan, Uganda, Sudan and Germany are currently the five countries hosting the highest number of refugees in the world.

Within the EU, 676.300 asylum seekers applied for international protection to Member States in 2019 and about 297.000 persons were granted protection status.

The recently announced Team Europe, a global EU response to COVID-19 in solidarity with the most vulnerable, puts refugees and host communities at the centre of its humanitarian action in developing countries and conflict zones. From the EU´s neighbourhood, with special emphasis on Africa, to the Pacific, Latin America and the Caribbean, this 36 billion euro package is responding to the humanitarian needs in health, water and sanitation systems caused by the crisis. It is also helping the partner countries to reinforce their capacities to deal with the pandemic and to mitigate its socio-economic impact on groups at risk.

Team Europe has arrived in Nigeria. The €50 million the EU donated to Nigeria’s national response to the crisis have already turned into test kits, oxygen concentrators, PPE, vaccines and food items for the most vulnerable in and around Abuja.

Refugees on the frontline of the fight against COVID-19

The COVID-19 pandemic and the recent anti-racism protests have taught us a valuable lesson: all of us have a role to play in order to bring about change. Also refugees. This is at the heart of this year´s UNHCR World Refugee Day campaign, whose motto is ‘Everyone can make a difference. Every action counts’.

The UN campaign invites us to meet the everyday heroes: refugees who have been doing their bit on the pandemic’s front lines. One of them is Shadi Shhadeh, a Syrian refugee who arrived in Switzerland in 2013. After the coronavirus outbreak, he mobilized the Syrian refugee community in Geneva and Lausanne to create a network of volunteers who shop and run errands for the elderly, the sick and others at greatest risk in the pandemic. “We lived, and we are still living, a crisis as refugees. That makes us probably in a better position to understand that there is a crisis and how to help”, he says.

Another remarkable story is that of Lubab al-Quraishi, an Iraqi refugee doctor in the United States who heard officials in New Jersey would allow internationally trained medical workers to help the city fight COVID-19. Six years after his arrival in the US, and after having to work as a cashier at a fast food restaurant in Texas, she saw an opportunity to practice medicine again and help her new country. After volunteering to administer tests for the virus, she has finally received a temporary license to practice medicine in New Jersey for six months, and possibly longer if the emergency continues.

EU Western Balkans Summit in Tirana: shared responsibilities and values for a future together

Policy Dialogue #20: "Engaging the youth in global politics: towards a stronger Europe in a changing world"