The European Union is helping countries in Central Asia take measures to effectively counter radicalisation and promote peace and stability. The aim is to increase societal resilience and empower people to spot and react to disinformation. 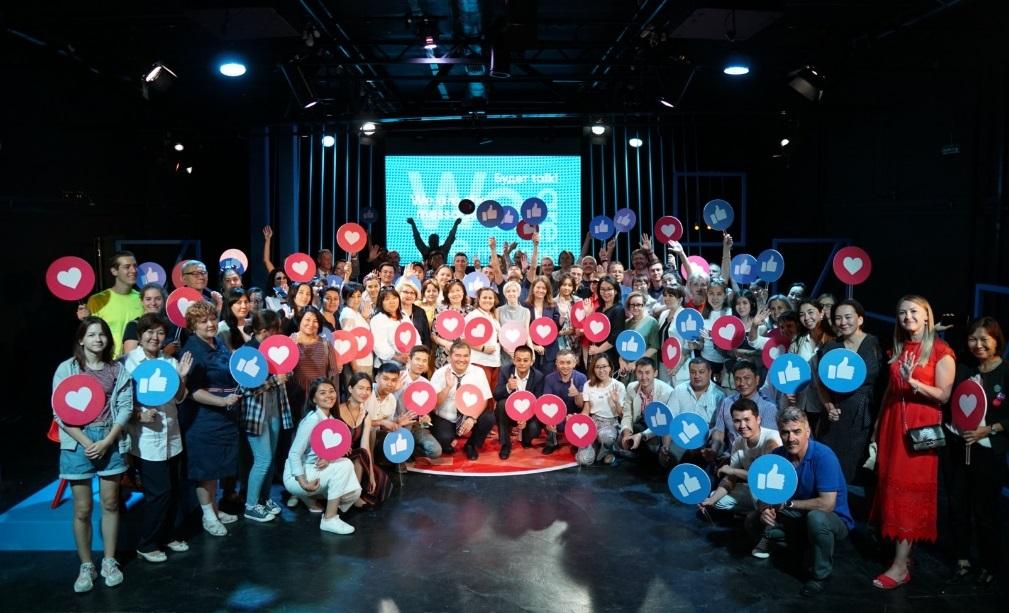 Very often, extremist groups use online channels to promote ideologies inciting society’s most vulnerable, including young people, to violence. This has resulted in the spread of disinformation and biased views on sensitive social, political and religious issues that can easily be exploited.

Against this backdrop, the EU-supported project ‘Contributing to stability and peace in Central Asia through media literacy, improved reporting and regional cooperation’ has sought to increase the capacity of local journalists, activists and press officers to produce high-quality content while encouraging a more critical reading of news.

Funded under the Instrument contributing to Stability and Peace (IcSP) since 2018, the project is implemented by the international non-profit Internews. Activities include training sessions, national and regional workshops, and the setting up of fact-checking platforms to flag disinformation.

To consolidate and advance these activities, the European Commission has this week allocated additional € 4 million in support of the project.

To promote regional collaboration and the co-production of content related to peace and stability, Internews has hosted several public workshops, forums and informal meetings bringing together government agencies, the non-governmental sector, experts and media professionals. These enabled participants to acquire skills necessary to reach higher standards of reporting focused on preventing violent extremism. In cooperation with the Kyrgyz Ministry of Internal Affairs and the State Commission on Religious Affairs, Internews organised a first regional cross-border media forum in December 2018. After positive feedback, a follow-up event for journalists, activists and experts was hosted by the Kyrgyz Counter Extremism and Illegal Migration Service several weeks later.

‘Today, we see that international terrorist organisations and religious extremist organisations are actively using the internet and social networks for communication, recruiting activities and self-promotion,’ said Erlan Bakiev, who heads the service.

‘There is no doubt that these organisations use the best media experts. Therefore, in the counter-fight against them, it is important for us to increase the media literacy of ordinary citizens, media professionals and public servants.’

With the support from Internews, Tajikistan’s Institute of Islamic Studies and the Ministry of Internal Affairs hosted a similar workshop with media professionals, civil society representatives and activists in February 2019.

‘I believe that regular training is necessary for civil servants, media representatives and bloggers in order for the population to receive quality information from reliable sources,’ said Janybek Kojoev, a Kyrgyz regional government spokesperson who used the training to improve his social media skills.

Important result of the Eduthons – cooperation of educators from Central Asia. School and university teachers, lecturers, deans and professors of journalism from Kazakhstan, Kyrgyzstan and Tajikistan made a group photo. Photo credit: Internews.

The project has also been key in promoting media and digital literacy – as well as critical thinking – among university and high school students.

Participant Ikbolzhon Isakov, a Kyrgyz activist and media specialist, used the knowledge he acquired to implement a training programme for imams. This led imams to realise that they had to provide online messages in addition to Friday sermons to help prevent violent extremism. To track and verify false information circulating online, including material disseminated by extremist groups, Internews and local partners launched a pilot for five national fact-checking platforms. These detect and prevent the spread of disinformation.

Launched in October 2018, the ‘Three dots. Know what you browse’ online campaign is regarded as the pioneering online media literacy tool in Central Asia. With thousands of followers and subscribers across Facebook, Instagram, YouTube, odnoklassniki.ru and Telegram, the campaign promotes critical thinking and has received positive feedback from local and international media watchdogs and experts.

Beyond Disinformation - Protecting Freedom of Speech

Beyond Disinformation - What is FIMI?