Chairing the 16 May 2022 Foreign Affairs Council, High Representative/Vice President Josep Borrell confirmed the centrality of the Western Balkans in the EU agenda and discussed ways of enhancing engagement with the region. For the first time, Foreign Minister from the six Western Balkans joined the Council for informal discussions. 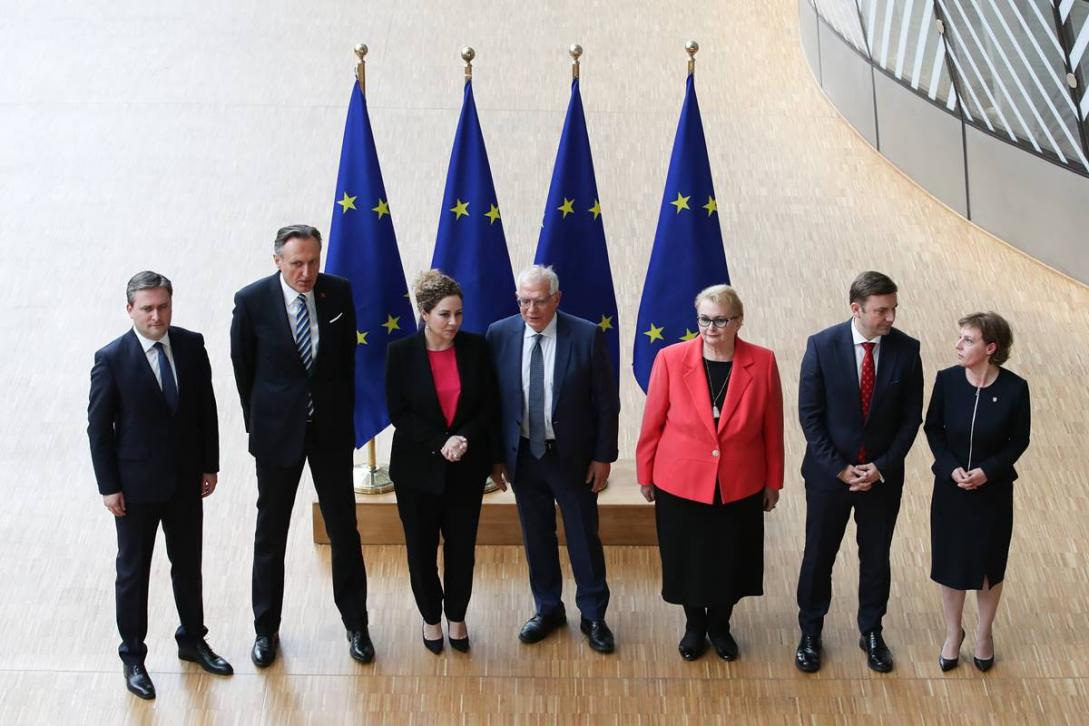 As High Representative Borrell said:  “Our political engagement with the Western Balkans is more important than ever. EU Ministers expressed clear expectation towards the partners as future Member States, to commit to European values and the European foreign policy. Being neutral is not an option”.

As High Representative said: “All our partners feel the impact that Russia’s war is causing around the world when it comes to energy prices, food shortages, and inflation. The EU will adapt its financial support with the new needs. Our actions will include the Western Balkans partners in order to mitigate the effects of the crisis. We need to tackle the impact of this war together.”

Albania, Montenegro and North Macedonia are fully aligned with the European common foreign and security policy (CFSP). This shows their adherence to the European shared values and common vision of the global order. As future members of the EU, it is important that all the six partners fully align with the EU CFSP, including on sanctions.

To counter Russian foreign information manipulation and interference, the EU and the Western Balkans partners need to tackle disinformation activities. Sharing the responsibility to communicate and building resilience – including societal resilience - will be key together with stepping up cooperation in the areas such as hybrid threats, disinformation, and cyber security.

In the current context, political engagement and regular contacts between the EU and the Western Balkans partners is essential. High Representative Borrell received the political leaders of the Western Balkans in Brussels on 11 May 2022. He travelled to North Macedonia, Albania and Bosnia and Herzegovina on 13-16 March.

Western Balkans authorities were also invited to several meetings and plenaries of the Conference on the Future of Europe (CoFoE). Civil society organisations and youth from across the Western Balkans engaged in public and civic initiatives in the framework of the CoFoE exchanging also with EU citizens on how the region can contribute to shaping Union’s future policies and ambitions. Listening to the citizens, supporting civil society organisations and enhancing people’s contact is key to build together a stronger and democratic Europe.