The EU’s stakes and options in a changing Gulf region

HR/VP Blog – Today, I started a four-day trip to the Gulf region to visit Qatar, the United Arab Emirates and Saudi Arabia. It is a dynamic region in the middle of a significant transformation. This gives us a chance to develop new forms of cooperation. 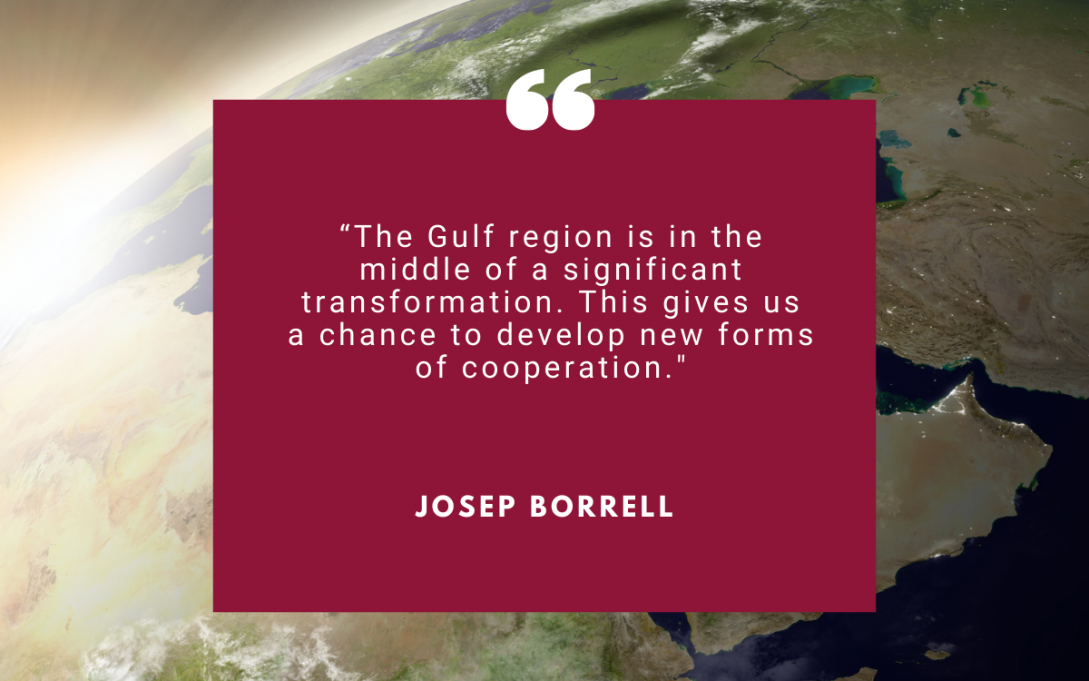 Several events have affected lately the dynamics of the region: the Abraham accords that marked the reconciliation between Israel and some Arab states, the end of the rift among some of the states in the Gulf ending the isolation of Qatar, the decision of the Biden administration to return to the Iran nuclear deal, and finally the situation in Afghanistan.

“Several events have affected lately the dynamics of the region.”

In addition, antagonism with Iran has overtaken the Palestinian question as a main alignment in the region. The current rapprochement between Israel and the Gulf in some ways is a departure from history. Indeed, Iran was among the first to recognise Israel in 1948, and Israel was its main regional partner for three decades until 1979, when Iranian leader Khomeini confiscated their embassy in Tehran to give it to the PLO.  Overcoming current rifts should also be seen in light of this big regional change, with divisions coming at a high price.

“Divisions come at a high price.“

In parallel, China is increasing its role in the region. China will of course not give the Gulf states any security guarantees, but it is ready to step in where others leave space. Europe is embarking on the Green Deal, the US and other developed economies are less dependent on oil imports from the Gulf and the importance of the Chinese market is growing.

Russia is also aware of the opportunities this new situation opens up. It has also realigned its traditional alliances, improved its relations with Israel, and rebuilt its old alliance with Egypt. Foreign Minister Lavrov toured the region this spring. Russia, on the other hand, is still a competitor in the fossil fuel area, allied with Syria, and a close ally of Iran.

At stake are of course contracts and investment opportunities – both in the Gulf countries for European companies, and in Europe for the Gulf sovereign wealth funds, who already own an impressive share of the EU economy.

“An objective of my visit is to see how we can build a stronger partnership with the Gulf states.”

Throughout my mandate, I have begun to discuss these transformations of the Gulf region and the broader Middle East with my interlocutors. The transformations are important for Europe, also because they affect the positioning and involvement of Gulf states in conflicts closer to home, such as Libya and Syria. And to be able to work together, we must understand their perspective.

This brings me to the second objective of the visit, which is to see how we can build a stronger partnership with the Gulf states. Here are a few themes and ideas that I will try to explore during the trip:

These are some of the potential areas for cooperation and EU engagement, which form the backdrop for my trip to the Gulf. In the coming days, I will discuss with my interlocutors to see how we can build a common agenda, in particular also with view to the crisis in Afghanistan and how to engage with the new leaders, which I attempt to cover in my next blog post.