EU Western Balkans Summit in Tirana: shared responsibilities and values for a future together 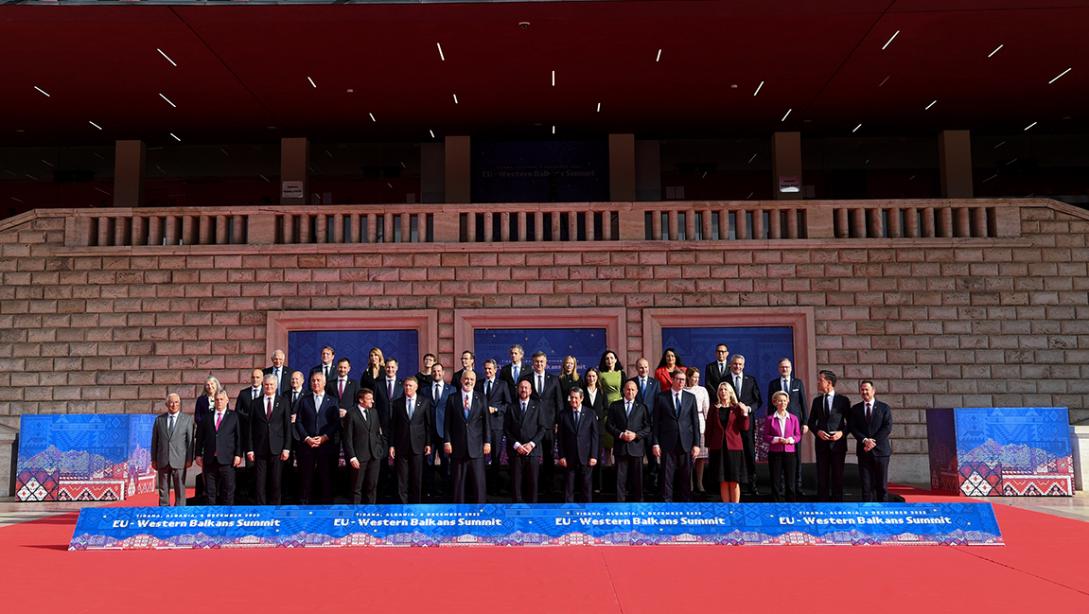 The Summit took place in the context of Russia’s war of aggression against Ukraine. As the High Representative / Vice-President Borrell said: “We need more than ever to stand together in defending democracy and international law”.

The Tirana declaration adopted by the EU, to which all Western Balkans partners aligned, states: “Standing together with the EU is a clear sign of Partners' strategic orientation, now more than ever, as Russia escalates its war of aggression against Ukraine. A common vision of the future involves mutual responsibilities and shared values.”

EU support to face the consequences of the war

The EU has included the Western Balkans in the EU measures to reduce the negative impact of the Russian aggression on Ukraine on economy, energy supply and food security. The EU as  - main investor, donor and trade partner for the region - mobilised €1 billion to help vulnerable citizens and companies in Western Balkans in dealing with the current energy crisis and promoting the regional energy transition.

The investments in energy infrastructure are part of the implementation of the up-to €30 billion worth Economic and Investment Plan, bringing forward a sustainable, green, digital and people-focused growth, benefiting the region and Europe as a whole.

At the Summit, EU Leaders welcomed the Partners' continued commitment to the development of effective instruments for intra-Western Balkans cooperation in the area of security and defence. The EU will further enhance its engagement with the region in fields such as space and military mobility.

The Summit was also an opportunity to deepen EU cooperation with the Western Balkans on cybersecurity, including through a new five million euros programme for the entire region set to start in early 2023. The Western Balkans partners can rely on the EU Agency for Cybersecurity (ENISA) and the European Cybersecurity Competence Centre, and bilateral initiatives of EU Member States and other partners.

Building resilience to information manipulation and foreign interference, including disinformation

Leaders discussed hybrid threats, which have become an even more serious threat in the region since the Russian war against Ukraine. The Tirana declaration states: “the EU and the Western Balkans are committed to fighting foreign information manipulation and interference, including disinformation as well as other hybrid threats that are present in Western Balkans societies and seek to undermine the region's stability, democratic processes and its EU perspective.”

The EU is working with Western Balkans partners to enhance societal resilience against information manipulation and disinformation. As the Declaration states: “ We [the EU and the Western Balkans] will further strengthen our cooperation to build resilience, also by fostering media professionalism and media literacy, and by increasing the impact of our strategic communication about EU - Western Balkans relations and the enlargement process in particular.”