Journalism, the only vaccine against disinformation

Over the past year, there was a “dramatic deterioration in people's access to information and an increase in obstacles to news coverage”, according to Reporters Without Borders. 78 journalists have been killed since 2020. World Press Freedom Day pays tribute 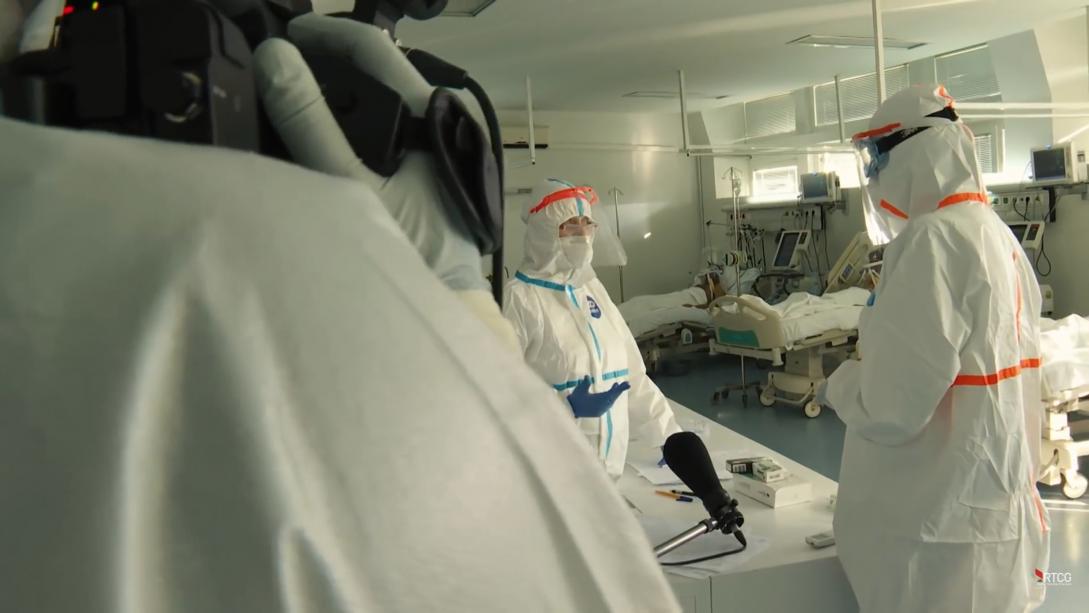 While health workers were struggling with the pandemic over the past year, journalists around the world faced another challenge almost as damaging: a global infodemic. Fake news, hate speech, conspiracy theories…in times of COVID-19, it has become clearer than ever that access to reliable information can be a matter of life or death. On World Press Freedom Day, the European Union pays tribute to all journalists who continue working under often-harsh conditions, with increasing financial and political pressure, surveillance, arbitrary prison sentences or violence, at a time when independent and free media reporting is more essential than ever.

“Freedom of the press is a cornerstone of democratic societies, which can thrive only if citizens have access to reliable information and can make informed choices.  Press freedom means security for all”, reads the Declaration by the High Representative Josep Borrell on behalf of the EU.

This year´s WPFD theme, “Information as a Public Good”, marks the 30th anniversary of the historic Windhoek Declaration, signed on 3 May 1991 by a group of African newspaper journalists who participated in the UNESCO seminar "Promoting an Independent and Pluralistic African Press”. On a journey back to its roots, the WPFD 2021 Global Conference will take place on 29 April-3 May in Windhoek, the capital of Namibia.

Whereas the information environment has dramatically changed ever since, Windhoek´s basic claim, the need to recognize and promote information as a public good, remains as relevant today as 30 years ago.

In 2021, the world witnesses “a proliferation of information that co-exists with many other types of content in an increasingly digital communications sphere, including the challenges of disinformation and hate speech”, the UNESCO explains. “The production of local information, such as local news, is under great stress. At the same time, humanity faces a confusing abundance of content that drowns out even those facts that are produced and circulated at both global and local levels”.

What can be done to safeguard information within this new ecosystem? UNESCO highlights three urgent actions: give steps to ensure the economic viability of news media; adopt mechanisms for ensuring transparency of the Internet companies; and enhancing media and information literacy capacities that enable people to recognize and value, as well as defend and demand, journalism as a vital part of information as a public good.

The odyssey of reporting in times of COVID-19

Over the past year, there was a “dramatic deterioration in people's access to information and an increase in obstacles to news coverage”, according to the 2021 World Press Freedom Index, released by Reporters Without Borders by mid-April. “The coronavirus pandemic has been used as grounds to block journalists’ access to information sources and reporting in the field. Will this access be restored when the pandemic is over?”, they wonder.

Journalism, the main vaccine against disinformation, remains completely or partly blocked in 73% of the 180 countries ranked by this organisation.

In addition to Corona-related constrains, 78 journalists have been killed since 2020, while many more were arrested, harassed or threatened worldwide, according to the UNESCO Observatory. Only a few days ago we learned of the last two victims, David Beriain and Roberto Fraile, two well-known Spanish reporters murdered on 27 April in Burkina Faso while shooting a documentary on poaching in the country´s national parks. Even under these increasingly difficult circumstances, media workers everywhere have significantly contributed to our understanding of the pandemic by making overwhelming and highly complex flows of information more accessible, making scientific facts understandable to the broader public, providing regularly updated data, and engaging in fact-checking.

“The disinformation campaigns we are seeing now - they undermine vaccination roll-out pace and make it slower for us, at least hypothetically, to return to normalcy”, explains Ukrainian journalist Roman Koliada. He is one of the 29 journalists and media experts interviewed by the EEAS East task force for a campaign on the damaging effects of disinformation in the EU Eastern Partnership countries. They encourage the audience to be critical: “What other advice can I give people than to look, just as they look for the expiry date when they buy milk. In the exact same way one should treat information”, says Moldovan journalist Vasile Botnaru, from Radio Europa Liberă.

There is no better way to believe in something than to see it with your own eyes. This is what three journalists from the Montenegrin public television thought when they created a 1-hour long TV show about the COVID department in the Clinical Centre of Montenegro. Wearing their protective suits, they became the very first media workers who visited this department and spent time with medical workers and COVID-19 patients. “This was a rare opportunity for Montenegrin public to see what is happening with COVID patients. It was helpful for people to understand how serious the situation is and that struggle with the pandemic is real and hard”, says reporter Vesna Teric. Over 400 journalists under EU protection in 2020

Media freedom and the safety of journalists are key priorities of the new Human Rights and Democracy Action Plan and of the European Democracy Action Plan. In 2020, more than 400 journalists benefited from the EU mechanism for protection of Human Rights Defenders, while the EU took important actions to support journalists, independent media and the fight against disinformation in the context of the pandemic in many regions.

In addition to that, the EU, including through its Special Representative for Human Rights, has continued to engage with persecuted independent journalists and intervened in support of detained journalists and bloggers. EU Delegations have been the voice of the EU on the ground, closely monitoring court proceedings against journalists, speaking out against the repression of human rights defenders and media workers, and raising concerns with national authorities over the proposed communication, media, and information and broadcasting legislation.

At the same time, the EU continues working with its international partners on pioneering new approaches to protect journalism. One example is the European Commission’s proposal for a Digital Services Act aimed at holding the major platforms accountable to make their systems fairer, safer and more transparent. Another relevant example is the EU´s research on effective means to support sustainable business models for independent media.

What does WPFD mean for journalists? We ask them