EU Foreign Affairs Ministers reached a political agreement at the Foreign Affairs Council, held on Monday 17 February in Brussels, to launch a new operation in the Mediterranean Sea to implement the arms embargo imposed by the United Nations Security Council. “The operation will comprise aerial, satellite and maritime assets,” announced EU High Representative/Vice-President Josep Borrell at a press conference following the meeting. 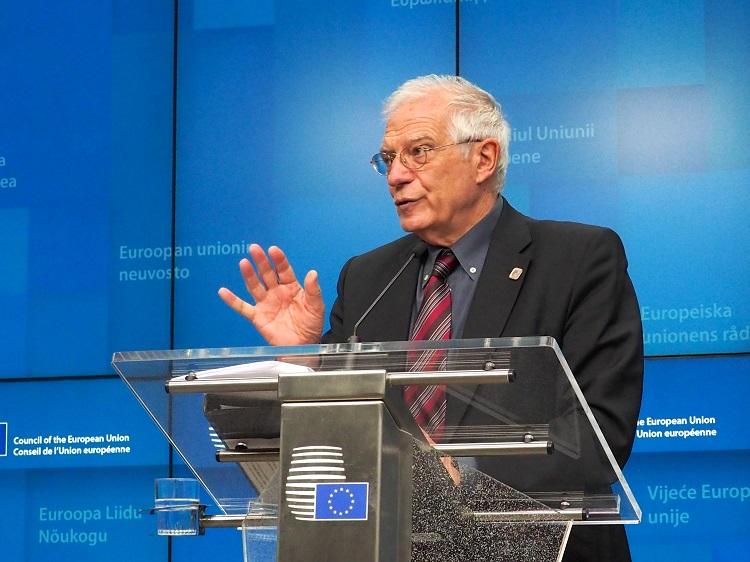 This agreement followed Sunday’s first ministerial-level meeting of the International Follow-Up Committee to the Berlin Conference on Libya. In the meeting, High Representative Borrell underlined the EU’s commitment to support the process towards a sustainable political solution to the crisis in Libya, ready to further increasing the EU’s concrete contribution in support of the six baskets agreed in Berlin. Participants deplored the recent violations of the arms embargo and renewed their determination to contribute to its implementation.

“[Operation] Sophia was covering the whole Libyan coast, from one side to the other, from one border to the other border of the country. If we want to control the arms embargo, we have to concentrate our surveillance on the Eastern part, where the arms are coming from and a strategic situation with respect to the routes followed by the ships bringing arms to Libya,” said the High Representative at the press conference on Monday. He added that military staff will define the area of operation in accordance with the mandate, and that the operation will maintain other supporting tasks, including fighting organised crime and training the Libyan Coast Guard and Navy.

“We have noted legitimate concerns of some Member States regarding potential impact on migration flows - the so-called pull effect -, and indicated that this will be monitored carefully and reported on regularly by the Operation Commander. On this basis, in case of observation of pull factors on migration, maritime assets will be withdrawn from the relevant areas,” the HRVP stated.

The relevant Council working bodies will now develop all the necessary arrangements and details for the implementation of this political agreement. The Member States that need to go through a parliamentarian procedure will have time to do so.

“Now, we have to move speedily to elaborate and adopt a Council Decision along these lines. For sure, subject to national procedures in Member States. This has been agreed by unanimity. That is why I am so satisfied… it represents a strong commitment from the European Union to implement the arms embargo,” the High Representative concluded.