The US Air Force 18th Space Control Squadron forewarns a potential ‘conjunction’ between the European Space Agency's Aeolus satellite and Starlink44, on 2 September at 11:02 UTC. Experts in ESA’s Space Debris Office calculate the collision probability. As days pass, probability of collision increases, and by Wednesday 28 August the team reaches out to Starlink to discuss options. Starlink do not plan to take action. ESA’s threshold for conducting an avoidance manoeuvre is a collision probability of more than 1 in 10000, which is reached by Thursday evening. On Sunday the decision is made to implement the manoeuvre. On Monday 2 September, a series of thruster burns are triggered at 10:14, 10:17 and 10:18 UTC, half an orbit before the potential collision – the first ever 'collision avoidance manoeuvre' performed by ESA to protect one of its spacecraft from colliding with a satellite in a large constellation. 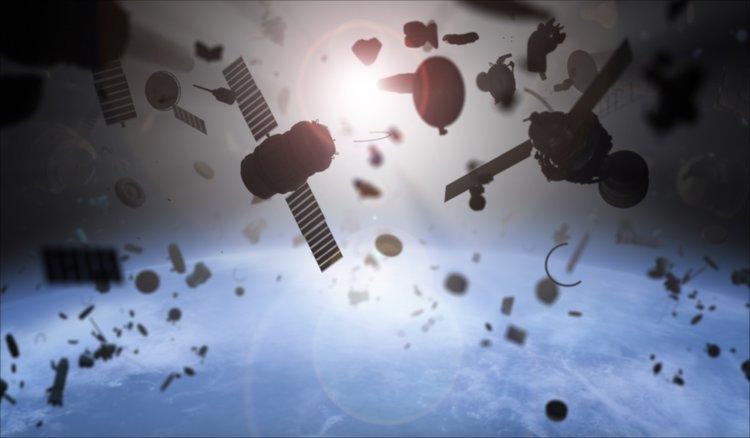 The European External Action Service is starting a new effort to promote the need for sustainable space operations. "The Safety, Security and Sustainability of Outer Space (3SOS) public diplomacy initiative will promote 'ethical conduct' in space amid concerns about orbital debris," said Carine Claeys, Special Envoy for Space and Head of the EEAS Space Task Force, during a panel discussion at Euroconsult’s World Satellite Business Week. She pointed out that the acronym has a second meaning “It is also three times SOS,” she said, “to create the case and a sense of urgency.”

The 3SOS effort is triggered by the belief that low Earth orbits in particular are becoming increasingly crowded with satellites and debris, a situation that will be aggravated by the deployment of megaconstellations. “Is this all sustainable and responsible?” Carine Claeys asks. “I’m afraid not, without safeguards.” Claeys called for some degree of space traffic management to avoid collisions, like placing transponders on satellites to better locate and identify them. That effort could include sharing of space situational awareness data and an 'obligation' for satellites to deorbit themselves at the end of their lives. “I hope that we will be able to reach a common understanding of all space actors in all parts of the world on responsible and sustainable behaviour,” she said.

Initially, 3SOS will focus on discussions with industry, space agencies and think tanks, to build a common understanding of the issue and potential solutions, including a workshop in Brussels in December. “I think that is the way forward for building that common understanding of reasonable behaviour,” Claeys said. That would build on existing efforts, like the 21 space sustainability guidelines approved by the United Nations’ Committee on the Peaceful Uses of Outer Space (COPUOS) in June.

That effort doesn’t include imposing new regulations on satellite operators based in EU nations, out of concerns that such rules could put those companies at a competitive disadvantage. “There are things that can be done at the European level, but I don’t think that the best way to go forward is to have compulsory measures at a national or supranational level,” Carine Claeys explained. “I think that good behaviour and common understanding, to be applied at world level, is the only way to preserve a level playing field for competition.” Today, the avoidance process between two operational satellites is largely manual and ad hoc, and will no longer be practical as the number of alerts rises with the increase in spaceflight.

Speaking of the collision avoidance manoeuvre between the European Space Agency's Aeolus satellite and Starlink44 – one of the first 60 satellites recently launched in SpaceX’s mega constellation, Holger Krag, Head of Space Safety at ESA says "This example shows that in the absence of traffic rules and communication protocols, collision avoidance depends entirely on the pragmatism of the operators involved.” Krag explains that “Today, this negotiation is done through exchanging emails - an archaic process that is no longer viable as increasing numbers of satellites in space mean more space traffic.”

ESA is proposing an automated risk estimation and mitigation initiative as part of its space safety activities. This will provide and demonstrate the types of technology needed to automate the collision avoidance process, allowing machine generated, coordinated and conflict-free manoeuvre decisions to speed up the entire process – something desperately needed to protect vital space infrastructure in the years to come.