What more can we do for Ukraine?

HR/VP Blog Post - This week, EU Defence and Foreign Ministers met in Prague for the usual informal meetings marking the “rentrée” after summer. Naturally, the war against Ukraine and what more we can do to support Ukraine dominated our discussions. We agreed a joint way forward on limiting visas for Russian citizens and to begin preparations for a possible EU training mission for Ukrainian armed forces. 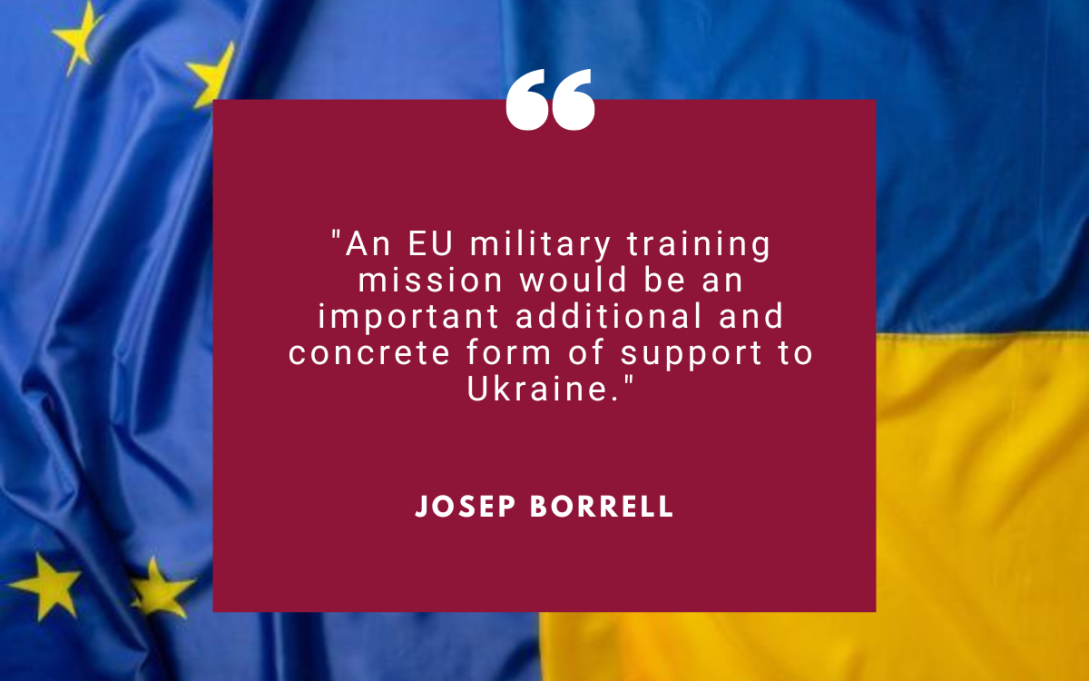 Before getting to Prague, I took part in the European Forum Alpbach where I also met a number of young people, for example from Afghanistan, Kosovo, Ethiopia and Ukraine. It was good to exchange with them and hear their views, hopes and expectations when it comes to the EU. They were worried about the war against Ukraine and its global fallout and wondered how Europe can develop its role in security and defence.

Both in Alpbach and in Prague, Russia’s war against Ukraine was the main item on the agenda. Indeed, it is now more than six months since the start of Russia’s aggression against Ukraine and we are in a new phase: Ukraine is pushing back, which is important from a military, political and psychological point of view. Yes, Russia has occupied about 20% of Ukrainian territory and it is still brutalising the civilian population. However, the military initiative is seemingly shifting to the Ukrainians. They are successfully attacking munition depots and other targets behind the frontline including in Crimea and they have started a counter-offensive in the south, especially around Kherson.

Meanwhile, the impact of sanctions on the Russian economy and especially the high-tech sector continues and is set to increase in the coming months. Putin could not have imagined that six months after launching the war, Russia would be in a situation like this. We could say that morally and politically, Russia has already lost the war and that Ukraine has shown a capacity to resist and defend itself that few expected.

The situation is still very challenging, for Ukraine but also for us in the EU, given the fallout of high energy prices, inflation etc. We know that a tough winter lies ahead. But if we get through it, addressing the energy crisis and keeping our unity, and if the military balance continues to shift on the ground, then by next spring both Ukraine and the EU will be in a strategically better position.

For decades, our energy dependence has been a limiting factor to the development of a more robust EU stance on Russia and respond to Putin’s authoritarian and aggressive policies. But if we do manage to phase out our energy imports from Russia, we will remove that obstacle. In short, the next six months are decisive.

This was the backdrop for our discussions with EU Defence and Foreign Ministers in Prague on 29-31 August. These were informal meetings, so no decisions were taken. However, we had important debates where we managed to make progress, including on issues were opinions diverge. As I have said before: what matters in the EU is not how a discussion begins – often with different opinions among 27 member states - what matters is how a discussion ends, with a united position, accommodating the differences that naturally exist.

At the heart of the discussion in Prague were two main topics: what approach to take on visas for Russian citizens and whether the EU should launch a military training mission for the Ukrainian army.

On visas, we managed to converge on a common approach, balancing the need to curtail significantly the number of Russian entering the EU, especially for those countries that border Russia, with the need for a targeted approach, keeping travel possible for opponents of the war but also students, scientists etc. In this area, one has to consider both the issue of whether and how to issue new visas but also what to do with the stock of existing visas (many Russian citizens today hold multi-entry Schengen visas).

We agreed that we have to suspend the visa facilitation agreement with Russia (as Russia for its part has already done in April): this will in itself make it harder for Russians to get European visas. We also agreed not to recognise passports issued by Russia in regions of Ukraine that it currently occupies. And we asked the European Commission for guidance on what to do with the stock of already-issued visas. Some member states on the border of Russia are facing huge inflows of Russians and this is also a national security issue for them. Border control remains a national competence and these member states could take additional measures to limit the privileges of these visa-holders, all while adhering to the Schengen Border Code.

Work will continue on this file in the coming weeks, based on this guidance. For me it was crucial to send a clear signal: mass Russian tourism in Europe is not compatible with Russia waging a war of aggression against a European country. But we should also avoid a blanket ban of all Russians. We must keep investing in our unity, also when initial positions diverge. And this is precisely what we did in Prague.

The second main item was the proposal for a military training mission for Ukraine. Establishing a military CSDP mission in Ukraine is per se not a new idea, as several member states had already proposed one it before the start of the war, focused on higher military education. But regrettably, we were unable to launch it.

In the immediate aftermath of the invasion, we all focused on delivering military equipment to Ukraine and how the EU could help its member states to do that. So far, this has led to €2,5 billion of EU-funded support from the European Peace Facility. We know that the availability of EU support has incentivised the delivery of military equipment by member states and facilitated a coordinated EU response so that it best matches Ukrainian needs. In recent months, the volume of EU-funded military support has continued undiminished.

Alongside these crucial deliveries of military support, various member states are also training Ukrainian soldiers including on how to use this equipment, especially with advanced weapon systems. Building on these bilateral training activities, a CSDP mission would enhance coordination and build a more sustainable platform for continued capacity building of the Ukrainian armed forces, enabling also member states who do not have national training efforts underway to contribute to the overall effort.

We discussed this in Prague with the Ukrainian Defence Minister Oleksii Reznikov who joined us via VTC. He expressed a clear wish to take this forward in line with the Ukraine’s short-, medium and long-term needs. I am glad that member states agreed to launch the preparatory work and see with the Ukrainians, EU member states and partners how such a training mission could work best. Intensive work is underway and in the current circumstances, time is of the essence. If member states agree, we could launch this mission in the coming weeks. I am convinced it would be an important additional and concrete form of EU support to Ukraine.