Permanent Structured Cooperation on defence could be launched by end 2017

A broad consensus by all EU Member States on the modalities for launching Permanent Structured Cooperation in the field of defence could lead to a legal decision as early as December, with some 30 projects for concrete cooperation between countries already on the table. 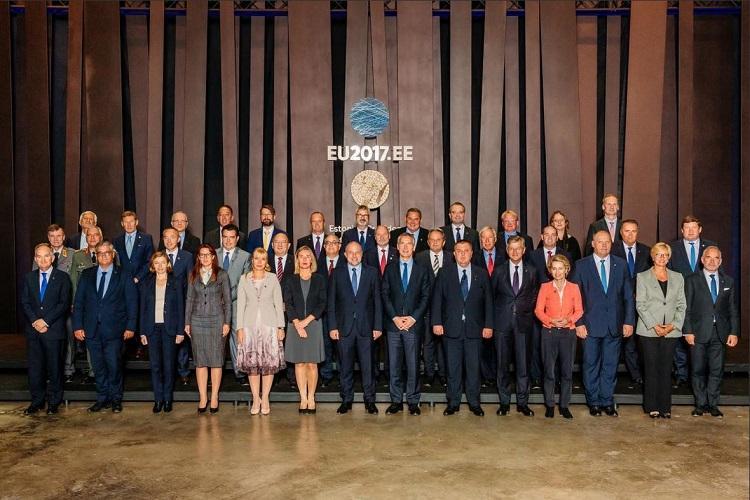 European Union ministers of defence, meeting informally in Tallinn on 7 September under the aegis of the Estonian Presidency, were in broad agreement on how to move ahead with Permanent Structured Cooperation (PESCO) on defence, paving the way for a legal decision launching PESCO possibly by the end of the year.

"Today we have registered a broad consensus on the main lines of Permanent Structured Cooperation," said EU High Representative Federica Mogherini in remarks following the meeting. Ministers, she said, had demonstrated "substantial support" for the proposals on how to launch the cooperation mechanism and on a detailed list of binding common commitments covering investment levels, reinforcing operational readiness and capability cooperation.

Between now and the end of September, ministers would "consolidate this list of commitments" with the aim to be ready by mid-October be ready to present to the EU High Representative and the Council "the basis for a common notification of interest of Member States" to participate in a Permanent Structure of Cooperation in the field of defence.

"In accordance to our treaties, following this notification, we would adopt a formal legal decision that can be negotiated then within the following three months." Based on this timeline, PESCO could be launched within the EU by the end of December, said Mogherini.

This would allow a group of willing Member States to launch Permanent Structured Cooperation in the field of defence, on a voluntary basis and established through the Council.

This rapid progress was testimony to the "excellent teamwork" by all the Member States and European institutions over the last year, said the High Representative. Signalling the ongoing enthusiasm of the Member States, Mogherini pointed out that the EU had already received proposals for some 30 projects that could be developed under the PESCO mechanism.

The common commitments made the Member States also demonstrate the high level of ambition of the EU countries, but also their joint engagement in this inclusive progress, said Mogherini. "On the basis of the discussions and the preparation we have had, I see a very large – if not unanimous – willingness of Member States to join" in PESCO.

The High Representative pointed out that PESCO was as much if not more about cooperating more as about investing more. "What we are offering is a platform for joining investments, joining projects and in this manner, overcoming the fragmentation that is characterising currently especially the environment of defence industry in Europe. In this way, the European industrial framework in the sector of defence will be enormously enabled to play a major role globally, and the European Union would then be, I think, really a credible security provider globally."