A Security and Defence Union in the making: recent developments and what's coming up

The last 12 months have seen momentous developments in the area of security and defence. EEAS Deputy Secretary General for Security and Defence Pedro Serrano looks at how the EU is implementing the Global Strategy which set the security of our Union as a priority. 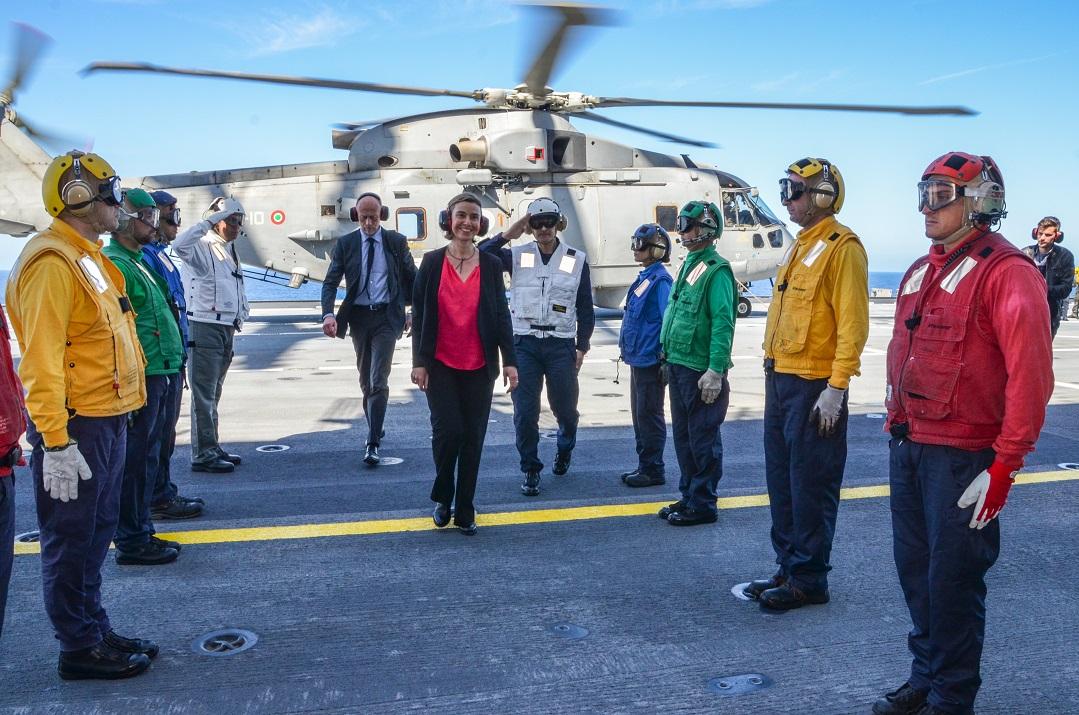 "While NATO remains the primary framework for most member states, a more credible European defence is essential for our internal and external security. This includes fighting terrorism, hybrid threats, economic volatility, climate change, and energy insecurity." So states the EU Global Strategy Strategy, which identified the security challenges the EU and its Member States are facing and led to the establishment of a new level of ambition for EU security and defence policy. It also acknowledged that response to these challenges requires coordinated mobilisation of EU external action tools - the integrated approach - and needs to take into account links between external and internal security. Finally, the Global Strategy called for renewed engagement with international partners, as no single player can successfully tackle today's security challenges on its own.

Member States need to cooperate in developing and maintaining key defence capabilities, as well as preserving a technological edge that will guarantee their long term security. This cooperation is key not only for interoperability, but also for industrial competitiveness, without which strategic autonomy would ultimately be threatened. Three main initiatives have been launched to promote this: the Coordinated Annual Review on Defence (CARD), the Permanent Structured Cooperation (PESCO) and the European Defence Fund (EDF). These are all self-standing initiatives but most effective when appropriately coordinated. The voluntary review of respective national defence plans (CARD) will feed into the identification of cooperation projects to be pursued, as appropriate, through PESCO and/or financed through the EDF. While a CARD trial run will be launched already this autumn, it is expected that a notification for the establishment of PESCO will be sent by interested Member States before the end of the year and that the regulation underpinning the EDF will be finalised within a similar timeframe. The review of the Capability Development Plan by Spring 2018 will lead to the identification of defence capability priorities in accordance with the new level of ambition and feed all these initiatives. The effectiveness of CSDP tools has also been improved. The recently created Military Planning and Conduct Capability (MPCC) within the EU Military Staff is already providing valuable support and direction to military non- executive missions in Mali, CAR and Somalia. Simultaneously, a joint civil-military support coordination cell has been established to enhance synergies and cooperation between civilian and military structures and missions/operations.  In parallel, initiatives to enhance civilian crisis management responsiveness and to improve situational awareness are well advanced and efforts are underway to facilitate deployability of Battlegroups through increased common financing. Finally, the EEAS has developed a Crisis Response Mechanism that ensures its full mobilisation in case of serious incidents affecting security interests of the EU and its Member States, as well as coordination with other crisis response tools of the Commission (ARGUS) and the Council (IPCR).

The Global Strategy highlights that, more than ever, the complexity of the crises that the EU is facing requires improved coordination in the deployment of its wide range of tools. It also places early warning and conflict prevention at the forefront and identifies resilience as a central security concept both internally and externally. This has led to an improved "integrated approach" as well as actions aimed at enhancing resilience, visible in EU stabilisation efforts pursued in a number of scenarios (e.g. Sahel, Somalia). The EEAS has also reviewed its approaches to early warning (3 to 5 years horizon) and is now finalising work on a new scoping tool that will help scan the more immediate future and detect impending crises. A legislative proposal on Capability Building for Security and Development (CBSD) is also making headway and should be adopted by the end of the year, thus complementing effectively CSDP efforts in support of partner countries. A new EEAS division, PRISM (Prevention of Conflict, Rule of Law/Security Sector Reform, Integrated Approach, Stabilisation and Mediation) has been established to help focus attention on these various matters and serve as a hub that will facilitate the implementation of an integrated approach.

Links between external and internal security are also increasingly evident. Counter-terrorism action plans are being developed with key partners, notably in the MENA region and in the Balkans. Counter-terrorism and fight against organised crime have been integrated in the mandate of a number of CSDP missions and stronger cooperation is being sought with Justice and Home Affairs agencies, such as EUROPOL, FRONTEX and EUROJUST.  In parallel, work on enhancing resilience and EU capacity to identify and respond to hybrid threats has continued to advance. Work on cyber has led to the development of a diplomatic response toolbox and a review of the cyber-security strategy, also referring to defence-related aspects, is being finalised.

Delivering on EU Security and Defence Developing a more strategic deployment of CSDP missions and operations

All these structural and conceptual improvements are aimed at achieving greater operational effectiveness. A serious rethink of CSDP engagements is therefore currently underway. This concerns notably the South, bearing in mind direct threats to the EU from terrorism and organised crime and in particular CSDP actions in Libya and the belt from the Sahel region to Somalia. The two naval operations - operations SOPHIA and ATALANTA –retain their key strategic relevance. Efforts are equally pursued in Eastern Europe, where missions in Ukraine and Georgia signify clear EU security engagement, and in the Western Balkans. New CSDP action will also be undertaken shortly in Iraq, in addition to existing CSDP missions in Palestine.

CSDP engagement as such is intended to support EU partners in many regions, assisting them to enhance their own security and stability. But beyond those we support directly, the EU cooperates with a number of States and international organisations in contributing to the maintenance of international peace and security. Indeed, no single international player can face security challenges on its own. Many of the States and international organisations we cooperate with are in fact already strategic partners of the EU and regular exchanges with them contribute to carry forward this work. Let me take highlight on this occasion cooperation with at least three of them, notably NATO, the UN and the AU.

Cooperation with NATO has experienced in the last year unprecedented development. After the Joint Declaration of EU and NATO leaders in July 2016, 42 concrete actions were identified in the seven main agreed areas, covering inter alia operational aspects, development of defence capabilities and addressing hybrid and cyber threats. Implementation of these actions has advanced substantially. Cooperation is now the norm in EU-NATO relations. The upcoming first parallel and coordinated exercise is a clear sign of this shift in mind-set. A joint EU-NATO report in December may explore further paths for cooperation.

Work with the UN has also advanced in the last months, both operationally in the field, where cooperation is a daily reality, as well as on the structural level. The forthcoming signature of a Framework Agreement for the Provision of Mutual Support in the context of missions and operations in the field will be another important milestone.

Finally, the EU-AU summit in November will highlight the strategic relevance of EU-AU partnership in crisis management, as manifested in Somalia, the Sahel and so many other places. It will also be an occasion to examine further support to African peacekeeping efforts even beyond the framework of the African Peace and Security Architecture to ensure it responds to present realities. This is just a quick sketch of the most salient developments in what has been a hectic year for CSDP. Despite significant advances, there is no room for complacency. Many of these initiatives still require further work. Their worthiness will be put to the test and more efforts will be required to achieve practical results. Member States have to accept that only through reinforced cooperation will they be able to meet the security expectations of their citizens. The EU has to prove that it is the single most capable cooperation platform that will help its Member States achieve their security objectives in cooperation with others. More is expected from all of us dealing in these matters. We are already on it!