On 22 November, the civilian European Union Advisory Mission (EUAM) Iraq took up its work in Baghdad, only one month after the Foreign Affairs' Council decided to establish the mission to support the Iraqi Government in its Security Sector Reform. 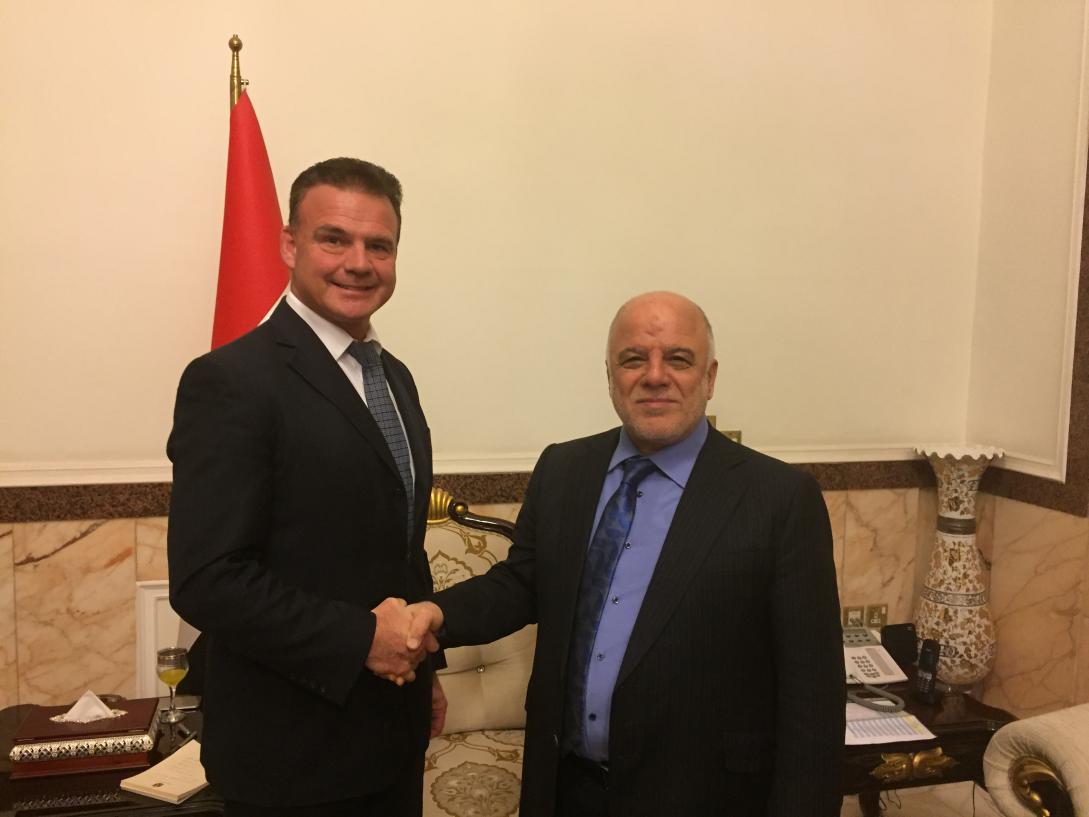 "EUAM Iraq is part of a much wider effort and commitment. An effort involving many but an effort aligned through our shared resolve to support Iraq in giving its people the future it needs and one its people so deserve", stated the EU Civilian Operations Commander Kenneth Deane in his opening speech.

The inauguration ceremony in Baghdad took place in the evening of Wednesday, 22 November and was attended by high-level Iraqi representatives from the Iraqi Ministry of Interior, Ministry of Foreign Affairs and the Office of the National Security Adviser. The EU was represented through the Head of the EU Delegation to Iraq Ramon Blecua and diplomats from the EU member States. Distinguished representatives of the UN Assistance Mission Iraq, UNDP as well as of the US diplomatic corps also participated.

The inauguration was preceded by introductory meetings with the Iraqi Prime Minister Mr. Haider al-Abadi as well as other high-level Iraqi and international partners.

The Iraqi government is working on the implementation of its National Security Strategy and the reform of its security sector. In August Prime Minister Abadi requested on behalf of the Iraqi government the assistance of international partners and the EU in particular, for advice and support in these efforts.

The focus of the Mission will be on three Lines of Operation: