Time for EU to be bold. Mogherini outlines elements of "real work" to start now on EU security and defence

In a discussion with the first high representative for EU common foreign and security policy, Javier Solana and former German minister of foreign affairs and vice-chancellor Joschka Fischer, Federica Mogherini outlined on 13 December six ideas for deeper cooperation, from more joint military training to the establishment of a European Peace Facility. 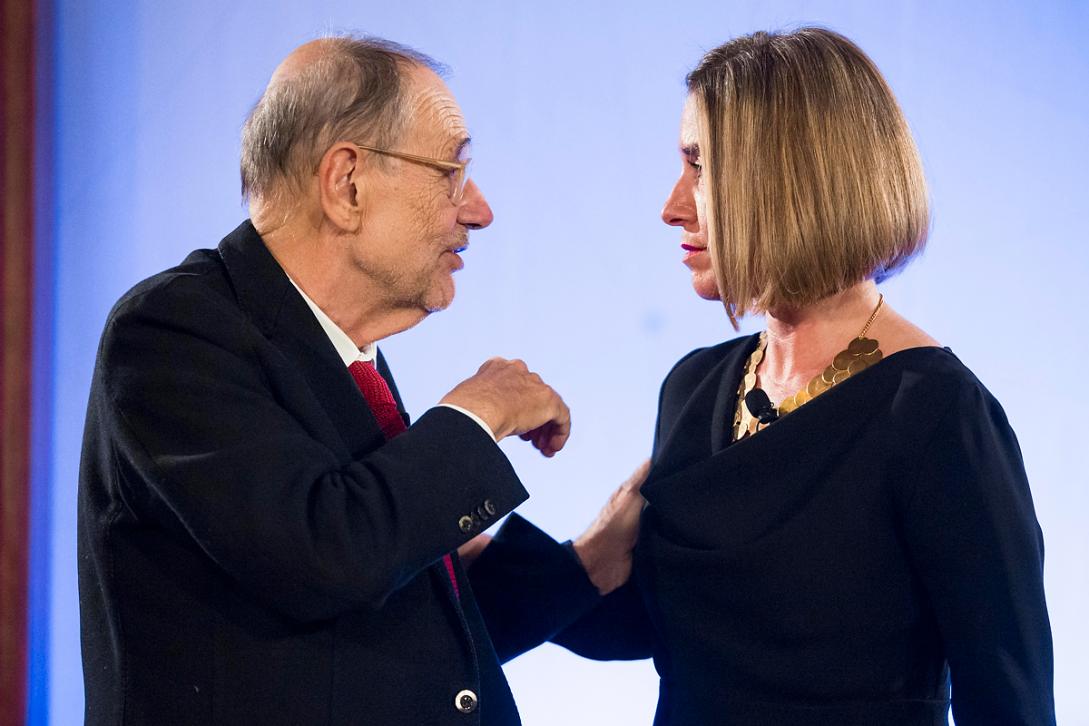 Exactly 10 years ago in 2007, Heads of EU State or Government agreed in the Lisbon Treaty to work "on the progressive framing of a common defense policy that might lead to common defence". It took 10 years before concrete work started to fully exploit the potential and tools foreseen, but on 11 December 25 EU member states agreed to Permanent Structured Cooperation in the field of defence, marking a new era in EU foreign and security policy.

"Welcome to the new European Union, much more than just a single market!" exclaimed Joschka Fischer at the historic Biblioteque Solvay in Brussels where he participated in a discussion with Javier Solana, the first EU high representative, and Federica Mogherini, the current High Representative and Vice President of the European Commission. Facing significant external challenges, it is the right time to strengthen common capacities, said Mr. Fischer

"If you're not bold, you fail. At some point you have to jump," said Dr Solana, reflecting on the current positive political context within the EU for cooperation and the expanded mandate provided to the current High Representative. "It is impressive what has been achieved in just a few months, also thanks to Federica Mogherini," he noted.

EU High Representative Mogherini said she had taken the advice given by Javier Solana's upon her assumption of office in 2014 to heart. "You told me I would need ambition and pragmatism" and on this basis, step by step, EU cooperation has gone forward. The real work, however, is now "just about to begin". Mogherini elaborated on six ideas on which she intends submit proposals and rive work forward in the coming weeks:

Concrete action to provide a contribution to peace and stability in the world including through work on "the possibility of deploying a battlegroup in crisis theatres" and the full use of the existing instruments, in line with the needs of each situation

On 14 December, the leaders of the participating 25 member states met in Brussels on the side-lines of the European Council to mark the establishment of PESCO