Palestine: “We will work on a two-state solution with our partners” Mogherini says ahead of meeting of international donors

The International donor group for Palestine, the Ad Hoc Liaison Committee (AHLC), convened for an extraordinary session bringing Israelis and Palestinians, EU partners in the region and in the international community to sit behind the same table since the December announcement by President Trump.

The 15-member Ad Hoc Liaison Committee serves as the principal policy-level coordination mechanism for development assistance to the Palestinian people, but its raison d'être is and remains the shared objective of a two-state solution, Mogherini said. 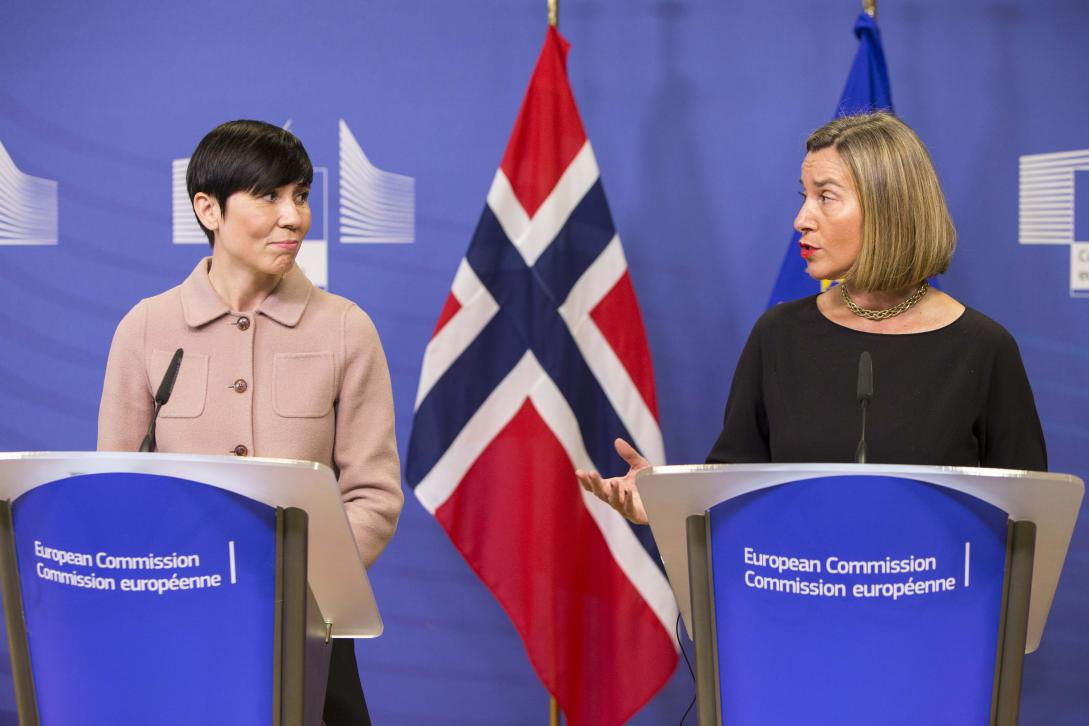 The donor group’s meeting “is an opportunity to engage, to keep the doors open, to have everyone around the same table" said EU’s High Representative Federica Mogherini, ahead of the extraordinary session which she convened together with Norway’s Foreign Minister Ine Eriksen Søreide to address an urgent need to bring all parties together and to discuss measures that can facilitate a negotiated two-state solution.

In the past few weeks, the EU has been particularly active and engaged with all the parties to maintain the political horizon for a two-state solution based on the Oslo Accords and on international law with Jerusalem as future capital of both states, the State of Israel and the State of Palestine. “The only viable and sustainable solution that would fulfil the legitimate aspirations of both parties, including the legitimate security concerns of Israel, Mogherini said.

Both Prime Minister of Israel Netanyahu and Palestinian President Abbas visited Brussels, while the High Representative kept constantly in contact with regional and international partners before convening the Ad Hoc Liaison Committee meeting today to look together “at ways to resume a political process that would lead to this two-state solution,” the High Representative said.

“Any framework for negotiations must be multilateral and must involve all players, all partners that are essential to this process. A process without one or the other would simply not work, would simply not be realistic,” Mogherini said adding that the EU is keen to play an important role on the political process.

“The European Union – and I have stressed this several times to the disappointment of some – is not aiming at substituting anyone,” Mogherini added.

“We are simply aiming at playing our role, at full, as financial supporters and contributors, not only to the Palestinian Authority and to UNWRA, but also as the main trade partner for Israel and as a political player in the Middle East and in this conflict in particular, through the [Middle East] Quartet, and through our excellent relations with not only Norway, but also the Arab partners we have,” the High Representative said.

The 15-member Ad Hoc Liaison Committee serves as the principal policy-level coordination mechanism for development assistance to the Palestinian people, but its raison d'être is and remains the shared objective of a two-state solution, Mogherini said.

The extraordinary meeting, held at ministerial level and followed by a regular one in March, saw Israelis and Palestinians sit at the same table with the EU, UN, US, Russia and Arab countries for the first time since the December announcement on Jerusalem by President Trump.

The overall level of participation showed a strong interest and shared sense of purpose and Mogherini held a number of bilaterals ahead of the AHLC meeting including with Jordanian Foreign Minister Ayman Safadi, the Palestinian Prime Minister Rami Hamdalla, Israeli Minister for Regional Cooperation Tzachi Hanegbi and Sameh Shoukri, Egyptian Minister for foreign Affairs whom she thanked for the indispensable role and engagement of his country.

“There are many practical steps that can advance [a political solution] on the ground and we will look at these steps also today: continue our support for the Palestinian authority; continue our support for UNRWA [The United Nations Relief and Works Agency for Palestine Refugees in the Near East]; work for the security of all, because we know that the more progress we can achieve on the ground, the more this can help prevent violence and the more this can also help resume a political process,” the High Representative said.

Furthermore it is necessary to enable the Palestinian Authority to execute full control over Gaza, based on the Cairo agreement from 12 October 2017. And the population in Gaza was high on the agenda of priorities, Mogherini said.

“The daily life of citizens has been very difficult for a too long time and this despite large international humanitarian help, including by the European Union. The European Union and its Member States are collectively by far the largest donor, including through UNRWA, to the Palestinians, but also bilaterally.”

The EU is ready to increase its support if the political conditions are met, for instance through the redeployment of the border assistance mission of the European Union to Rafah or through immediate help to hospitals.

A new assistance package of €42.5 million was announced today, including for activities in East Jerusalem and support towards building a democratic and accountable Palestinian state through targeted policy reforms, fiscal consolidation, reinforcing businesses and small and medium sized enterprises, strengthening the Palestinian civil society and providing access to water and energy. The new measure comes on top of several other packages of support, including €107 million provided to UNRWA.

“This is to show that together with the political purpose of this meeting, there is also a lot of concrete projects and concrete support that is going on, thanks to an excellent cooperation we have established at an international level,” Mogherini said.