EU ministers of defence, meeting informally in Sofia on 4-5 May, reviewed advances in the framework of Permanent Structured Cooperation (PESCO) in the field of defence and discussed new projects to build further on the rapid progress made over the last two years. Following the budget proposal on 2 May which sees a 22-fold increase in EU defence spending for 2021-2027, EU High Representative Mogherini also announced her intention to present a detailed proposal by mid-June on the new European Peace Facility, an additional instrument to finance the EU's work on defence and military operations. 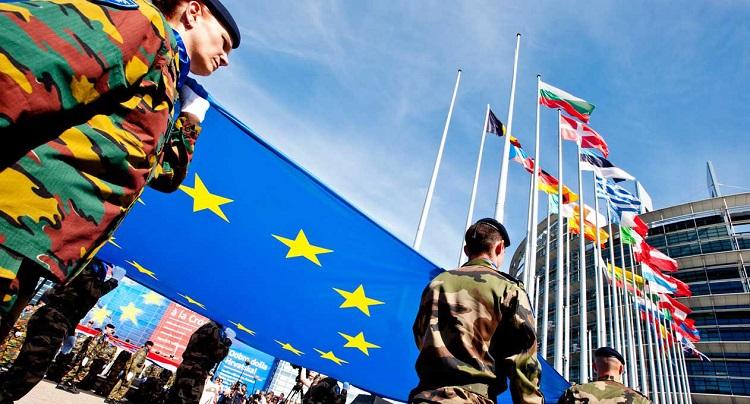 EU security and defence is an area that stands out in terms of major progress made over the last two years. The informal meeting of EU Ministers of Defence in Sofia on 4-5 May highlighted in particular the newly created Permanent Structured Cooperation (PESCO), a framework to deepen defence cooperation amongst EU Member States. Agreed in December 2017, 17 projects are already up and running and more will be adopted later this year.

"We have decided to adopt a new wave of projects later this year. This shows the level of commitment, but also satisfaction that Member States have on the process we have launched," said EU High Representative Mogherini following the meeting.

The High Representative added that an overview of the implementation of each of the projects underway would be made public before the European Council in June.

Detailed discussions at the ministerial meeting included a focus on military mobility, one of the PESCO projects already well underway, and, as Mogherini highlighted, "a flagship project in terms of EU-NATO cooperation, where we have the purpose to allow for smooth and efficient movement of military forces across the European Union and beyond, removing existing procedural and regulatory obstacles, but also reinforcing the EU infrastructure for the transportation of military equipment."

European defence cooperation – driven by the 2016 EU "Global Strategy" which sets out the Union's ambition of strategic autonomy and aims to enhance the EU’s capacity as an international security partner, contributing to the protection of EU citizens and ensuring greater effectiveness of defence spending – is set to get a further boost with the adoption of a new long-term EU budget which provisionally foresees a 22-fold increase in defence spending.

In parallel, the High Representative in December 2017 put forward a proposal for a new European Peace Facility. This, explained Mogherini, would be "a new off-budget instrument to finance our defense work, military operations, but also support for partners, and also the possibility to finance military equipment of partners." The High Representative announced that she would more detailed options on the European Peace Facility by June.