As the first batch of re-imposed US sanctions on Iran takes effect, the EU’s updated Blocking Statute enters into force tomorrow to mitigate their impact on the interests of EU companies doing legitimate business in Iran. 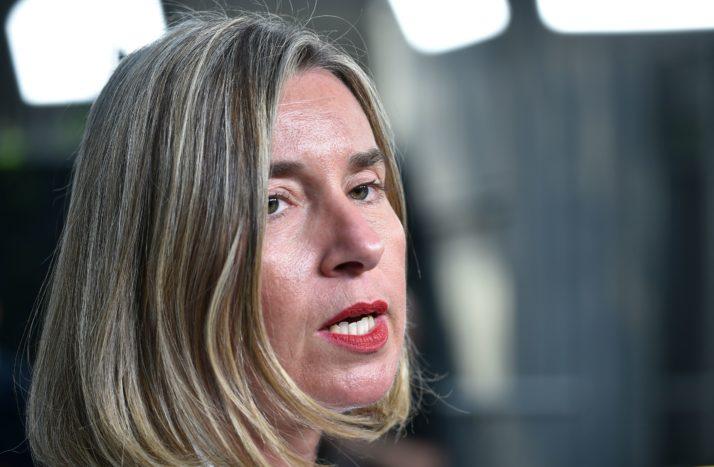 On Tuesday the first EU measure to protect EU companies and ensure the continued and full implementation of the Iran deal will enter into force. An updated EU Blocking Statute takes effect on Tuesday to mitigate the impact of the re-imposed US sanctions following the latter's withdrawal from the Iran Deal on 8 May.

The Blocking Statute allows EU firms and individuals doing legitimate business in Iran to recover damages arising from the US sanctions and nullifies the effect in the EU of any foreign court ruling based on them. In addition to shielding EU companies, the Blocking Statute forbids EU persons from complying with the US sanctions, unless exceptionally authorised to do so by the European Commission.

"This legislation in Europe protects European businesses from the effects of the US sanctions, indicating to companies that they should comply with European legislation rather than with the American one," said the High Representative Mogherini at a press conference during her visit to New Zealand.

"We believe that it is and has to be up to the Europeans in this case to decide with whom to trade. So there is also a matter of - I would say - trade sovereignty to be protected", Mogherini added.

A joint statement from High Representative Mogherini and the Foreign Ministers of France, Germany and the UK issued on Monday read: "We are determined to protect European economic operators engaged in legitimate business with Iran, in accordance with EU law and with UN Security Council Resolution 2231."

Following the US unilateral withdrawal from the Iran deal, the EU and its Member States have been working together on a set of measures, including the Blocking Statute, to protect the legitimate economic interests of EU companies and advance the security priorities of the EU.

Apart from the Blocking Statute, Mogherini said, "we are encouraging Small and Medium Sized Enterprises in particular to increase business with and in Iran as part of something that for us is a security priority."

"I want to make this very clear: we are talking about trade and economic relations with Iran, because this is integral part of the nuclear deal," she remarked. "This second pillar has to be maintained if we want the first pillar to be maintained," the High Representative said.

The European Union is committed to maintaining cooperation with the United States, a key partner and ally, but considers the sanctions a violation of the UN Security Council Resolution 2231, the resolution endorsing the Iran Deal.

The Joint statement said the Iran Deal is "a key element of the global nuclear non-proliferation architecture, crucial for the security of Europe, the region, and the entire world." The EU is fully committed to the continued, full and effective implementation of the deal, as long as Iran also respects its nuclear-related commitments.

The Iran Deal has been delivering, namely to ensure that the Iranian programme remains exclusively peaceful, as confirmed by the International Atomic Energy Agency (IAEA) in 11 consecutive reports.